Livelihoods in the lurch

Livelihoods in the lurch 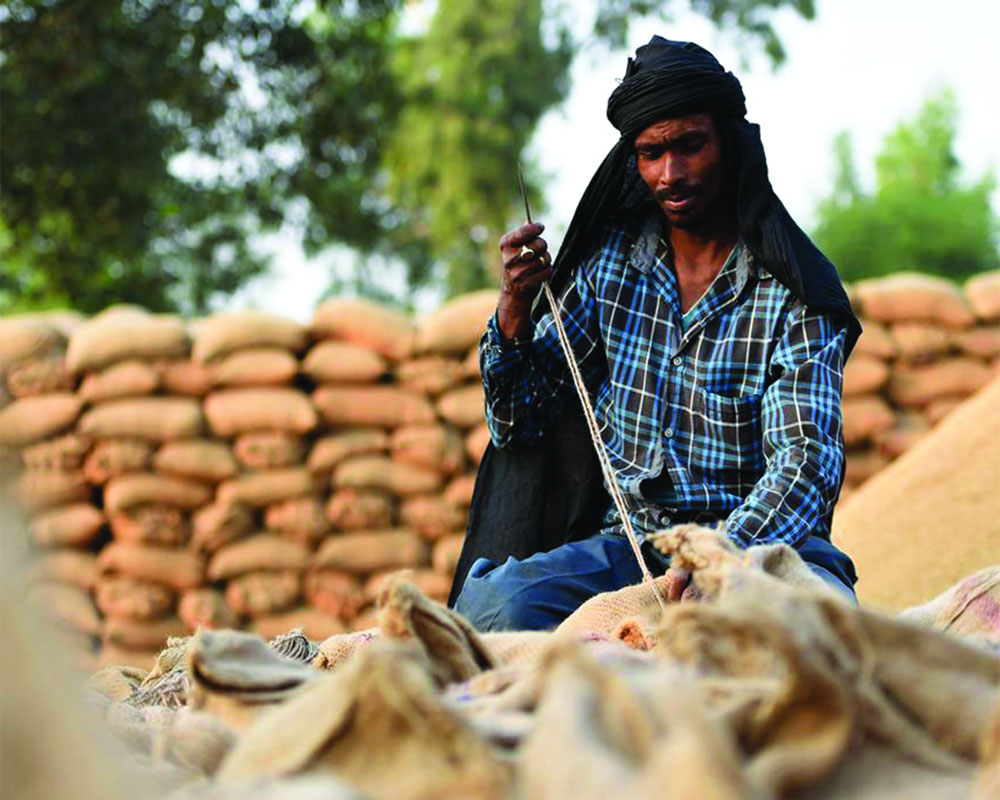 In the weeks after the shutdown, only 285 million people were working in the country as against the 404 million employed before the pandemic struck

Globally, more than 25 million jobs would be threatened due to the spread of the Coronavirus. The International Labour Organisation (ILO) estimates that four out of five people (81 per cent) in the global workforce of 3.3 billion are currently affected by full or partial workplace closure. The US, UK, Canada and most of the European and Asian countries have begun to register huge job losses, leading to a significant rise in their unemployment rates. The ILO, in its report COVID-19 and the world of work: Updated estimates and analysis, describes COVID-19 as the “worst global crisis since World War-II.”

The head of the International Monetary Fund (IMF) Kristalina Georgieva says the world is faced with the worst economic crisis since the “Great Depression” of the 1930s.

Most of the world’s informal workers, who account for 61 per cent of the global workforce or two billion people, are from developing countries and they would be the worst-affected in this scenario. There are severe concerns for low-paid and low-skilled informal workers in low and middle-income countries, where the industries and services have a high proportion of such workers as they lack any social protection or safety net. As per the ILO report, sectors such as food, retail, wholesale, business services, construction and manufacturing have experienced falling production and losses in employment hours and numbers. Combining 1.25 billion workers employed in these sectors, over one-third (37.5 per cent) of the global workers are at high risk.

The Indian economy, especially the informal or unorganised sector, has been witnessing an unprecedented slowdown in recent months. This scenario has been aggravated by the lockdowns imposed by the Government to stem the spread of the Coronavirus.

Such has been the impact of the shutdown on the employment scenario in the country that a report by the  Centre for Monitoring Indian Economy (CMIE) says that in the weeks after the lockdown, only 28 per cent or 285 million people were working out of the total working-age population of 1,003 million, which was way lower than the corresponding figure of 40 per cent or 404 million workers before the pandemic struck.

This indicates that in the first two weeks of the lockdown, around 119 million workers lost their jobs in the country. The CMIE report also indicates a significant increase in the unemployment rate in March, which at 8.7 per cent is way higher than the Government’s unemployment estimate of 6.1 per cent in 2017-18. Understandably, these numbers indicate that the current nationwide lockdown has been the biggest job-destroyer ever in the history of the country. However, these estimates only reveal the impact on employment during the lockdown period and should not be considered a permanent loss of livelihoods. Many of them would be able to get back into the saddle after the lockdown is over and economic activity starts picking up again.

The analysis from the unit record data of the PLFS 2017-18 shows that in urban areas, about 93 million informal workers are involved in five sectors that are most affected, namely, manufacturing (28 million); trade, hotel and restaurant (32 million); construction (15 million); transport, storage and communications (11 million); and finance, business and real estate (seven million). As many as 50 per cent of these informal workers are engaged in self-employment, 20 per cent are casual workers or daily wagers and 30 per cent are salaried or contract workers without any social safety net. Due to the lockdown, all economic activities (with the exception of essential and emergency services) related to physical labour at workplaces are banned. Therefore, about 93 million urban informal workers in these five sectors have been most hit. This is the largest informal sector worker group next only to agriculture and allied activities and constitutes the size of populations greater than most of the countries in the world like the UK, Australia, Japan and so on.

Besides these informal workers, there are many people involved in the organised sector (unregistered firms) who may be not jobless at present but could find themselves without a job after the lockdown period is over if enterprises refuse to take them back. Many self-employed people like street vendors and other small entrepreneurs may not be left with the capital to restart their businesses and many may not return from their native places.

Of these, the casual workers are the most vulnerable due to the unpredictable nature of their work and daily-wage payments, which are highest in the construction sector. So, all these regular salaried or contractual employees, those who are currently not working, and skilled workers and petty shopkeepers, who may be sitting idle at home or have returned to their native places or staying in shelter homes, may not be able to recover their jobs once the lockdown period is over.

The only silver lining in this dark job scenario is the fact that the pandemic has created a boom for the gig economy, (such as online delivery services) and highly-skilled professionals and technology interface sectors. However, their contribution to the workforce is estimated to be too minimal to substantially offset the overall losses in jobs in the country.  At the end of the lockdown, it is estimated that less than one-tenth of the workforce, those in regular salaried jobs, in essential services and businesses will continue to receive their regular income. There will be further lay-offs or trims in salaries or perks.

Going forward many Government employees’ salaries could be revised downwards and in the private sector, adjustments would be done owing to non-revenue generation. However, some sectors like essential commodities supplies, insurance, automobile and healthcare would actually see a rise in demand and revenue, resulting in hikes in remuneration.

So, the Government today has the dual challenge of providing immediate assistance to informal workers, who have lost their jobs and to those who are already unemployed and are looking for jobs. Apart from assisting informal workers, who are migrants, their families need to be considered, as they await the Pradhan Mantri Garib Kalyan Yojana 2.0 to be rolled out soon. However, the big drawback is that there is no proper national level registry for people involved in informal jobs or sectors, such as vegetable vendors, construction workers, rickshaw pullers, auto-rickshaw drivers, temporary staff and so on. There is an urgent need for these registries to be instituted and updated, using latest digital technologies and innovations, along with a dynamic unemployment registry to provide direct economic (universal basic income), health (universal coverage) and other necessary contingency protection and security support. The Centre must fast-track the payment of delayed payments to each public and private enterprise in this time of crisis. Further, the utility bills of the most vulnerable must also be paid for by it.

Also, to ensure that each ward (84,420 in 4,378 cities) and each Gram Panchayat (2,62,734 in 6,975 blocks and 706 districts) are fully equipped to serve the populace, each of them must be provided with emergency funds from the existing schemes like the Swachh Bharat Mission and Jal Jeevan Mission. The Government must join forces with its resilient private sector, non-profits, citizens and faith institutions willing to steer through these turbulent times.

In totality, in the existing relief and monetary aid, the masses have been left out from the Government’s care, which is its primary duty. This shortcoming must be plugged as soon as possible and comprehensive, pan-sectoral reforms for the 21st Century must be undertaken to create the New India of our dreams.

(Mehta is Fellow at IHD and Co-Founder IMPRI and Kumar is Director, IMPRI.)