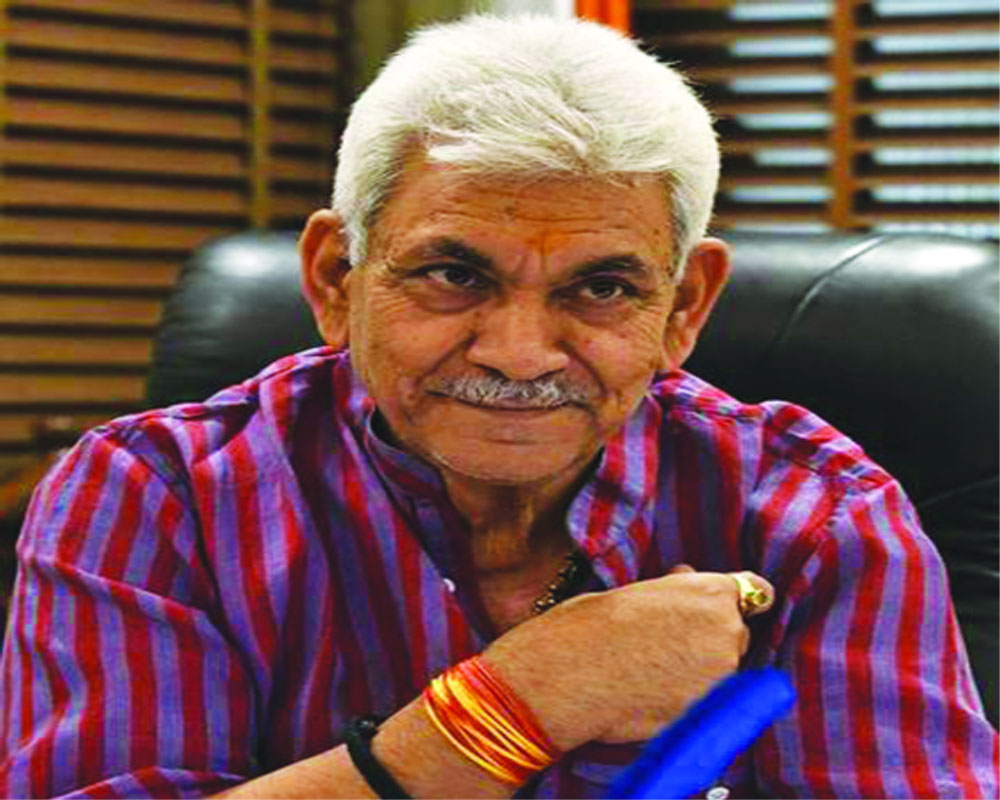 Will Manoj Sinha be able to fill the political vacuum and get things moving or will he just be another conformist appointee?

That Kashmir is drifting away with a current of people’s angst — what with the widening chasm of trust deficit and clampdowns even one year after the abrogation of Article 370 — is evident from persistent militant activity and targetted killings. With no signs on the ground of the promised development, economic revival or civil engagement, its integration with the mainstream is increasingly looking like an exercise in political egoism, a tool that is disempowering than engaging, a punishment for history than an incentive for moving on. The spate of hitback killings of BJP leaders and sarpanches is worrisome as the office-bearers are seen as extensions of Central authority. BJP sarpanch Sajad Ahmad Khanday was shot dead in south Kashmir’s Kulgam district yesterday. It comes close on the heels of similar attacks over the past couple of months. A BJP-affiliated panchayat member, Arif Ahmad Khan, was also shot in Kulgam early this week, while last month, former BJP district president, Waseem Bari, his father and brother were killed as militants fired on them from close range. In June, Congress sarpanch Ajay Kumar Pandita was killed in Anantnag district. Only 7,528 of the 19,582 panch and sarpanch seats in Kashmir went to polls in 2018. Yet most of those elected are hiding out in hotels in Srinagar for fear of being attacked for participating in an electoral process initiated by the Centre. The BJP had hoped to build an alternative political pyramid with friendly leaders at the local level and devolving power to them. But that was not to be. Over 12,000 posts are still empty, affecting local administration and despite the former State’s changed status, nobody is ready to engage till all known elected representatives are freed from detention. With credible leaders redefined as public enemies, as bad as militants, and basic rights and connectivity denied to locals, there is confusion, disenchantment and fatigue everywhere, one that can congeal to become a violent force if left to fester. Perhaps, that’s the reason why the Government is sending a seasoned politician like Manoj Sinha to be the new Lt Governor of the Union Territory of Jammu and Kashmir. A low-key, subtle performer, he is probably being sent to test the waters and work out ways of connecting with people without disturbing the BJP’s overall schematics in the Valley. That’s a delicate exercise requiring fine negotiation skills. Most importantly, he could use his administrative depth and experience to fill up the political vacuum in the Valley. Although his predecessor GC Murmu was an establishment man, he was essentially a bureaucrat with a focus on policy, not politics. And he could not build a rapport with local bureaucrats. Besides, he did shoot his mouth off on two sensitive issues that the Government should rightly consider but would not talk about much at this stage. First was his comment on the restoration of 4G internet in the Valley, saying he was not afraid of how people of Kashmir would use it. This went against the Government’s rationale that the services were shut because they could be misused by militants. He also advocated early elections in the Valley, running ahead of both the Government and the Election Commission, which would have liked to take a call on this in a measured manner and at a time of their choosing. This speaking out of turn almost amounted to embarrassing the Government and showed it as a reluctant decision-maker.

Sinha undoubtedly has a political acumen that could be banked upon for handling the sensitivities in Kashmir. Especially if implementation of the uniform civil code is on the agenda. And he happens to be in Prime Minister Narendra Modi’s good books. His appointment is crucial at a time when political activity is picking up with the release of local leaders, some of whom are voicing strong opinions. National Conference leader Omar Abdullah has already claimed the moral high ground and with Saifuddin Soz scaling the walls of his home to call out the Government’s “no detention” claim, the Government needs a politician to articulate its position. Known to be an amicable person, who is equally skillful in interacting with the media, which has been muzzled ruthlessly, Sinha fits the bill. At least he can be accommodative without appearing to be too conformist. But the Government has to realise that it cannot make any claim of transformative intent till it gets some kind of mediatory presence of local parties. The failed panchayat polls are proof enough. Demonising leaders has been costly as some of them have been lionised among locals. The BJP did raise the Jammu and Kashmir Apni Party (JKAP), drawing rejects from the Peoples Democratic Party (PDP) and NC, but it looks more sorry than credible. Sinha might be the interlocutor who could connect to people’s representatives and get them to meet the Government half way constructively provided they didn’t play a dual strategy with Pakistan. He could still use Omar to work a middle ground. But first, the Centre should restore normalcy and mainstream internet connectivity. The youth are already feeling punished for being left out of the digital education revolution and we cannot let them be radicalised. The economy is in shambles with disruptive clampdowns affecting the supply chain and the services sector. Even the traditional performing sectors like the apple trade, tourism and handicrafts have wilted and there is nothing that seems worthy of big ticket investment. There must be an enabling climate or Kashmir could go into a perennial freeze.