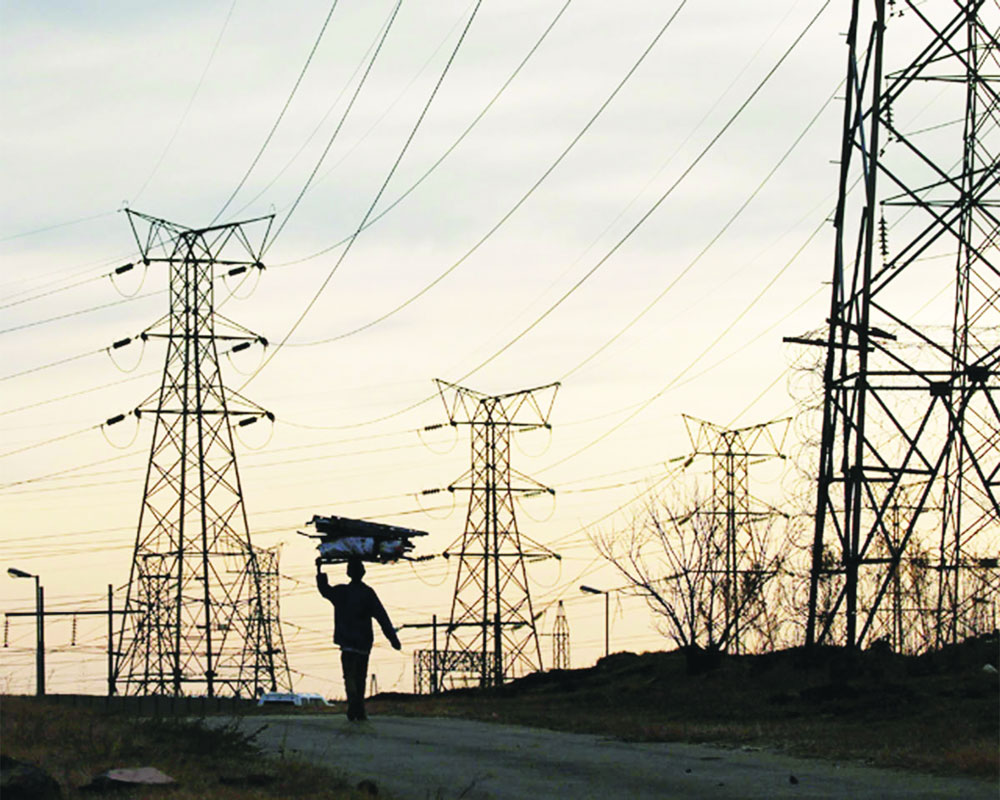 The much-touted power reforms have not taken off as netas remain in election mode. As a result, industries continue to pay high tariff and discoms continue to report losses

Under the Atmanirbhar Bharat Abhiyan scheme unveiled in May, Finance Minister Nirmala Sitharaman had promised a special loan of Rs 90,000 crore to fledgling power distribution companies (discoms) to enable them to clear their dues to independent power producers (IPPs) and generators in the public sector viz. National Thermal Power Corporation (NTPC) and so on, subject to their implementing certain reforms. The Government is now keen on hiking the loan amount to Rs 1,25,000 crore and relaxing reform conditions.

This is not the first time that discoms are in dire financial straits and the Government has bailed them out, subject to their implementing reforms. Since 2000, three such bailouts were granted, the latest being in 2015 under the Ujwal Discom Assurance Yojana (UDAY) which condoned their whopping debt of about Rs 4,00,000 crore. Each time, a promise was extracted from them and their owners (State Government) for carrying out reforms, only to be flouted with impunity.

From time to time, our policy makers have harped on reforming  Power Purchase Agreements (PPAs); introducing “open access”; making the tariff-setting process transparent and reducing cross-subsidy; Direct Benefit Transfer (DBT); trading in electricity; increase in share of renewals and so on. In each of these reform measures, two objectives resonate. These are: Electricity supply to consumers at affordable rates and making discoms “viable.” Yet, what we see on ground zero, is just the opposite.

A PPA is a contract between an IPP and a discom which lays down terms of electricity purchase by the latter from the former, including tariff which is subject to approval by the State Electricity Regulatory Commissions (SERCs). Nearly 86 per cent of power is sold through long-term PPAs. Of the balance, 10 per cent is covered under short-term agreements and four per cent sold on trading platforms.

Discoms purchase power from IPPs/NTPC besides their own generating stations and sell to consumers. While sale to poor households and farmers is normally made at subsidised rates/free, i.e. below the cost of purchase, wheeling and distribution, the charges for industries and businesses are much higher than the cost of supply. Put simply, the tariff policy uses excess payments by the latter to cross-subsidise the former.

The discoms are expected to sign PPAs with those IPPs who can deliver power at the lowest possible tariff (in fact, the Central Government runs several schemes which help IPPs to reduce the cost of generation, say by lowering the cost of fuel such as coal or gas and so on) with the sole objective of making it affordable to consumers. Unfortunately, the reality is far from it. Let us look at a few examples.

In Andhra Pradesh (AP), promoters of 139 power plants based on solar and wind energy (aggregate capacity 8,000 mega watt or MW) had signed agreements with the discoms during 2014-19 under the erstwhile dispensation led by Chandrababu Naidu. Apart from being environment-friendly, the other advantage of buying electricity from these sources was the low cost of supply, about Rs 2.43 per unit, which was nearly half of the cost of sourcing it from thermal power plants. Yet, under the PPAs, the discoms had agreed to pay IPPs Rs 4.8 per unit i.e. almost double.

The new Government, led by YS Jaganmohan Reddy, set up a high-level committee in early July, 2019 to review those agreements, citing malpractices with a mandate to bring down the tariff. The decision was challenged by IPPs in Andhra Pradesh High Court (APHC). In its order of September 2019, the APHC struck down the State’s order on reviewing/renegotiating PPAs and asked the AP Electricity Regulatory Commission (APERC) to decide on the matter. During the interim period, it directed the discoms to pay these plants at a provisional rate of Rs 2.43 per unit. Meanwhile, the State Government has asked APERC to levy transmission and distribution charges for wheeling power for these plants, which sell power directly to industrial consumers through the “open access” mechanism. These charges include Rs 3 per unit wheeling, Rs 1.5 per unit cross-subsidy and Rs 0.5 per unit as distribution charge. Ultimately, the cost to consumers will be Rs 7.43 per unit. What is given from one hand is being taken away from the other.

At another extreme, IPPs had agreed to charge low tariff, using the tariff-based competitive bidding (TBCB) method. Under the long-term PPAs signed by Tata Power Limited (TPL) and Adani Power Limited (APL) for their Ultra Mega Power Projects (UMPP) in Gujarat, these companies had committed to sell at the rate of Rs 2.26 per unit and Rs 2.35 per unit for supplies to discoms in the State. Both are based on coal.

In 2012, TPL/APL petitioned the Central Electricity Regulatory Commission (CERC) seeking “compensatory tariff.” They argued that following an order of the Indonesian Government in September 2011, fixing a minimum export price (MEP) of coal, they were forced to pay more, which should be compensated. This was allowed by the CERC in February 2014 and confirmed by the Appellate Tribunal for Electricity (APTEL) in December 2016. The Supreme Court, (SC) after initially rejecting the claim, finally directed the CERC “to amend the PPAs to enable pass-through of fuel price escalation subject to a cap”. In short, the lower tariff advantage emanating from the TBCB concept, that was promised on supplies all through the life of these UMPPs, was taken away. For all future projects, the Government excluded fuel costs from the bidding process, which is a “pass-through.” This means that whenever there is a hike in fuel cost, discoms have to pay more.

The policy of “open access” under the amended Electricity Act (2003) allows bulk consumers (those with consumption greater than one MW) to choose their supplier. This enables a consumer to draw electricity directly from an IPP who offers lower tariff. The SERC is expected to exercise regulatory oversight and ensure that the correct tariff is charged. But another provision in the Act requires him to pay an “open Access Surcharge (OAS)” to the discom s/he wants to leave.

The State Governments fix the surcharge at a level so as to ensure that post-switch, the effective cost to the consumer viz. tariff charged by new supplier plus OAS is higher than what he pays to the discom. In other words, the levy of surcharge (embedded in the Act itself) kills the very soul of the “open access” policy. The OAS was meant to be temporary — to be reduced over a period of time — but States continue to use this as an instrument to shield discoms. In the above example, even as discoms in Andhra Pradesh are now required to pay IPPs at a lower rate of Rs 2.43 per unit under orders from the APHC, consumers won’t get this benefit as the State gears up to collect the OAS of Rs 1.5 per unit (besides Rs 3 per unit wheeling charge and Rs 0.5/unit as distribution charge). In case the APHC decides in favour of IPPs, requiring discoms to pay at the rate of Rs 4.8 per unit as per original agreements (very likely), the tariff chargeable from consumers would be Rs 9.8 per unit. This is bizarre.

Reducing cross-subsidy by lowering charges from industries and businesses (under the ‘New Tariff Policy’ in the works, discoms can recover only up to 15 per cent of under-recovered power supply cost from other consumers) is theoretical, to say the least. This connects with the larger issue of State Governments forcing discoms to charge less from poor households and farmers and revenue loss arising from large-scale theft and underbilling. As long as status quo continues in all these areas, it won’t be possible to reduce tariff on supplies to industries and businesses.

DBT is a transformative reform. Under it, subsidy is given directly to  the beneficiaries even as tariff is market-determined. It will foster competition, improve efficiency, reduce cost, eliminate theft and augment revenue. This is the most potent way of making power affordable to consumers on the one hand and making discoms viable on the other. Both the UPA and NDA regimes have made tall claims in this regard but none has walked the talk.

Opening of power exchanges for trading is a good move enabling price discovery and may help some consumers get attractive price for their needs. However, given that electricity traded on the exchange is a miniscule four per cent of the total, this hardly makes an impact on the overall scenario.

None of the power reforms has taken off as our netas remain in election mode perennially and are unable to do all that is needed to make them work. Till they can deliver on their promises, industries will continue to pay high tariff and discoms will continue to make losses.