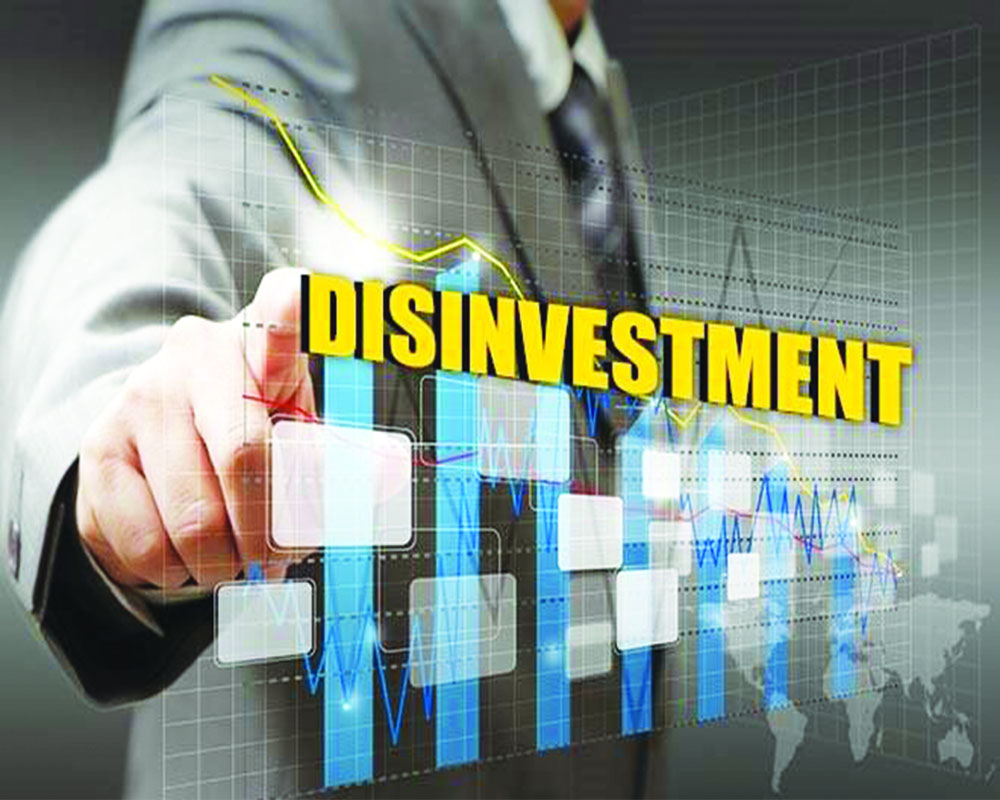 Finance Minister Nirmala Sitharaman has announced the broad contours of the Narendra Modi Government’s plans on privatisation of Central Public Sector Undertakings (CPSUs). A CPSU is defined as an undertaking in which the Union Government has shareholding of more than 50 per cent and by virtue of this, exercises majority ownership and control (there were 249 operating CPSUs as on March 31, 2019). Its privatisation means the shareholding of the Centre will be brought down to below 50 per cent. Before we look at the plan and how the Government goes about implementing it, it may be worthwhile to review  what it has already done on this front and its outcome. Under the Modi dispensation, this is not the first time that the privatisation of CPSUs has been put on the table.

In early 2016, the NITI Aayog had recommended to the Government a “strategic” sale (a sophisticated nomenclature for selling more than 50 per cent of the Government’s shareholding) of over two dozen CPSUs. Meanwhile, the then FM, Arun Jaitley, had set targets for sale proceeds from this route at Rs 28,500 crore (2015-16) and Rs 20,500 crore (2016-17). Against this, during 2015-16, there was not even a single case of strategic sale whereas for 2016-17, the target itself was lowered to a meagre Rs  5,500 crore. During 2017-18, the Government sold 51.11 per cent of its shareholding in Hindustan Petroleum Corporation Limited (HPCL) to Oil and Natural Gas Corporation (ONGC), yielding about Rs 37,000 crore. In 2018-19, it sold 52.63 per cent of its stake in Rural Electrification Corporation (REC) to Power Finance Corporation (PFC) to yield Rs 13,000 crore. But, the sale of shares in HPCL to ONGC or in REC to PFC (i.e. from one PSU to another) cannot be termed as strategic as even after relinquishing 51 per cent plus shareholding, the Government continues to exercise full control (albeit indirectly) over HPCL/REC by virtue of being majority owner in the acquirer, namely ONGC/PFC.

During 2018-19, Air India (and its subsidiaries) were also put on the block but didn’t elicit any interest. During 2019-20, besides resurrecting that offer, the Government also took up sale of all of its shareholding in Bharat Petroleum Corporation Limited (BPCL) at 53.29 per cent; Containers Corporation of India (ConCor) at 30 per cent; Shipping Corporation of India (SCI) at 63.75 per cent; North Eastern Electric Power Corporation (NEEPCO) at 100 per cent and THDC India Limited at 75 per cent. Sans NEEPCO and THDCIL, which were sold to National Thermal Power Corporation (NTPC) — a CPSU in the power sector — others made no progress.

In January 2020, even as the Finance Ministry was pretty confident that the sale of BPCL, ConCor and SCI, besides Air India et al, would materialise during 2020-21 (this is also reflected in the ambitious target of divestment proceeds at Rs 2,10,000 crore of which the revenue from strategic sale is over Rs 1,00,000 crore), the devastation triggered by Covid-19 changed everything. From the above, it is abundantly clear that the privatisation initiative pursued during the last five years has not taken off. There are two major reasons for this failure.

First, the exercise all through has been linked to garnering revenue (albeit non-tax) to meet fiscal targets, which drives the efforts and not privatisation per se which ought to be the way forward. Second, the Government’s moves in this direction are hamstrung by an inherent desire to remain in the driver’s seat even after the so-called strategic divestment. A clear indication of this is available from what Sitharaman said in her Budget speech for 2019-20. She stated that the intent was to change the extant policy of the Government “directly” holding 51 per cent or above in a CPSU to one whereby its total holding, “direct” plus “indirect”, is maintained at 51 per cent.

The “indirect” stake of the Union Government in IOCL via LIC/ONGC/OIL being 25.5 per cent, it can reduce its direct stake in IOCL to 25.5 per cent (sending a message that it has been privatised) and yet, including the “indirect” control, it will still have majority stake of 51 per cent. This approach can be a big bottleneck in the way of successfully executing strategic divestment plans.

Now, under a big bang approach to privatisation, CPSUs are divided into two broad categories viz. “strategic sector” and “non-strategic.” In strategic, the Government has identified 16 sectors, including among others petroleum refining and marketing, crude exploration, power generation, coal and metals, atomic energy, space, heavy and medium engineering sector and so on. On the other hand, the non-strategic sectors include hotel and tourist services, transportation vehicle and equipment, industrial and consumer goods, trading and marketing and transport and logistics and so on.

As per the plan, all PSUs in the non-strategic sector will be privatised. In the strategic sector, too, the Government will be open to privatisation with the caveat that at least one undertaking (and a maximum of four) will be retained in the public sector.

When seen in the backdrop of the Union Government having made an indiscriminate entry in almost every conceivable business activity, including areas such as hotel and tourist services, where it had no business to be present (look at the Indian Tourism and Development Corporation which runs a chain of hotels and restaurants), any initiative aimed at exiting from all of these is welcome. This has the potential to unlock value and generate huge revenue because of the high valuation that the real estate and properties — many of these in prime locations — under these PSUs command.

Coming to the strategic sector, though the Government does not rule out privatisation, the caveat of retaining a maximum of four undertakings in the public sector can defeat the purpose. For instance, currently there are around 12 oil PSUs ranging from upstream oil producers, like ONGC and OIL, to downstream oil refining and fuel marketing firms, like IOC, BPCL and HPCL to gas transporter GAIL India Limited and engineering firm Engineers India Limited. These 12 could be consolidated into four behemoths through a process of merger and amalgamation leaving no space for privatisation whatsoever.  Why does the Government want to put this caveat? What does it fear from? Sans this, will it compromise national interest? In the above example, consider an extreme scenario, in which there is not even one PSU and the entire oil and gas space is occupied by private enterprises. Are we to infer that this will compromise India’s energy security? If this were to be the case, then why not reserve this sector exclusively for PSUs? Why allow even one private company? This line of argument is bizarre.

For ensuring security in strategic items, the critical requirement is to have a minimum number of companies to ensure there is adequate competition and supplies in the market. Who those firms are — whether owned by private promoters or the Government — should not matter. In the 70s and the 80s, when India needed to develop these sectors and the private sector was unwilling to come, it made eminent sense for the Government to take the lead. Since then, a lot of water has flown down the river Ganga. Currently, there is considerable interest among private investors and the Government itself is inviting them. Therefore, any arbitrary restriction should be avoided.

In the present scenario, instead of getting bogged down with drawing a line between strategic and non-strategic sectors, any decision to privatise a PSU should be taken on the merit of each individual case. It should come from the management of an individual PSU instead of being thrust on them under a top-down approach. For coordination at the macro level and providing guidance, the Government may constitute a panel of eminent professionals.

The process of strategic sale should be delinked from the Centre’s resource-mobilisation exercise. This will give the much-needed flexibility to the PSU management to decide the contours and timing of the divestment, taking into account market conditions so as to maximise the proceeds from sales.

The only way to avoid delay and expedite the process of privatisation is to unshackle it from bureaucratic red tape.