The art of healing

The art of healing 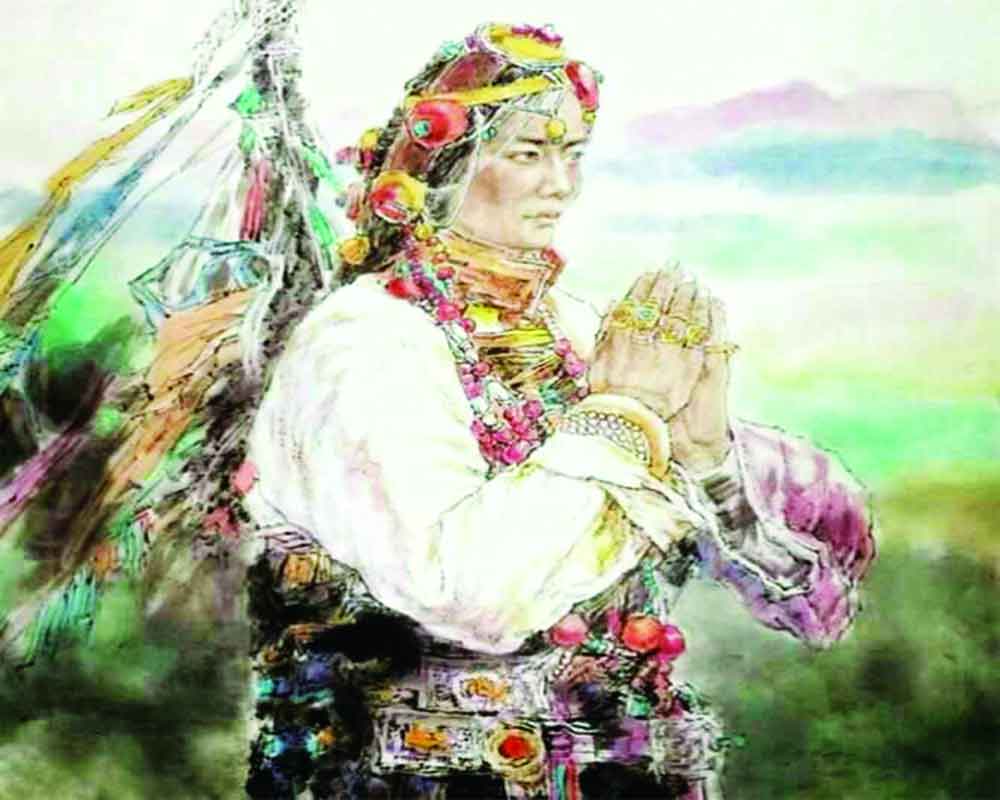 In times when the Government is talking about oppressed minorities in neighbouring nations, should we be harassing Tibetans who have sided with India even in difficult times?

India prides itself on its traditional systems of medicine that have now received the Government’s support, too. In a major push to the healthcare sector, a separate Ministry of Ayurveda, Yoga & Naturopathy, Unani, Siddha, Sowa Rigpa and Homoeopathy (AYUSH) was set up in November 2014 “to ensure the optimal development and propagation of AYUSH systems of healthcare.” It was earlier known as the department of Indian System of Medicine and Homeopathy (ISM&H). Its objective was to focus on the development of education and research in indigenous systems of medicine. Later, Sowa-Rigpa (the art of healing), a traditional Tibetan system of medicine practiced in the Himalayan belt, was added to it.

Men-Tsee-Khang, the Dalai Lama’s Tibetan Medical & Astro institute based in Dharamsala, Himachal Pradesh, is the main training and research center for Sowa-Rigpa. The institute recently prepared a “precious pill” called the Chulen Rilbu, which could allegedly prevent the spread of infectious diseases, including the dreaded Coronavirus (a concerned Dalai Lama had earlier given mantras for the purpose).

It is in this background that a shocking incident took place last week in Dharamsala. Dr GD Gupta, the local chief medical officer, decided to stop the distribution of Chulen Rilbu that was being sold for `5 to those interested. Local authorities cited reports of public disturbance and commotion created by the public demand for the pill. Though the Rimsung Rilbu is distributed in other centers all over the country, it is true that there were long queues at Dharamsala.

On February 16, the CMO visited the McLeod Ganj branch of Men-Tsee-Khang and verbally issued orders to stop the sale of the pill. He even threatened the Tibetan institute that non-compliance may result in fines up to `10 lakh and closure of clinics. This, obviously, was not in the CMO’s power as the Ministry of AYUSH and the Ministry of Health and Family Welfare are two separate Government entities. Further, the CMO does not have the capacity to judge the potency of the pill, which needs to be used as an amulet (the smell prevents the infection, according to Tibetan doctors). Did the CMO then possess special competence in law and order problems to act?

Under pressure of insensible local authorities, Men-Tsee-Khang’s director, Tashi Tsering, had no choice but to issue a public notice, saying that the pill would not be sold at Tibetan clinics in Kangra district (it is still being sold in Delhi and elsewhere).

According to The Tibet Sun, Tashi maintained that the institute had never made any claim regarding the pill having properties to prevent contagious diseases. He said, “The pill having prophylactic properties is prepared as per formulations given in the ancient Buddhist texts and has been around for centuries.”

Many believe that the CMO’s actions were only an act of jealousy. Men-Tsee-Khang is a reputed institution established in 1916 in Tibet. It was re-established in Dharamshala by the Dalai Lama in 1961 and its main objective is to preserve, promote and practice Sowa-Rigpa.

Tibetan doctors are no quack. Dr Yeshi Dhonden, who recently passed away at the age of 92, was awarded the Padma Shri award by the President of India in 2018 for his contributions to Sowa-Rigpa. For years, Dr Dhonden served as Men-Tsee-Khang’s director and from 1963 to 1980 as personal physician to the Dalai Lama.

Sowa-Rigpa is today famed across the world. According to the AYUSH Ministry’s website, it is “one of the oldest, living and well documented medical tradition popular in the world. It is an ancient Indian medical system which was enriched in the entire Trans-Himalayan region.”

The medical treatise, the Gyud-chi or four tantras, written in Sanskrit, was enlarged between the 8th and 12th Century by scholars with inputs from China, Turkestan, Persia and Greece.

The implications of the threats uttered by the CMO are multiple. First, Sowa-Rigpa is popular all over the Himalayan belt, particularly in Ladakh, Himachal Pradesh (Lahaul, Spiti and Kinnaur), West Bengal (Darjeeling and Kalimpong), Sikkim and Arunachal Pradesh. It is also practiced in countries like Bhutan, Mongolia and Russia. It is an insult to the beliefs of the populations of these areas.

The greatest irony is that China is extensively using this system in its fight against the dreaded Coronavirus. Xinhua, quoting an official in Qinghai province said: “Tibetan medicine has played an active role in the virus treatment.” The news agency said that the Chinese authorities are using Tibetan medicine “to help fight the Coronavirus in northwest China’s Qinghai province.”

Huang Licheng, an official with the provincial health commission, confirmed that “of Qinghai’s 18 confirmed cases, 17 have received treatment involving traditional Chinese medicine (TCM) and Tibetan medicine has played an active role in the treatment.”

There is another larger implication of the intolerant attitude of the authorities in Himachal Pradesh. One can understand that with this type of behaviour, more and more Tibetan refugees want to leave India. At a time when the Central Government is taking up the defence of the oppressed minorities in neighbouring countries, why harass the Tibetans, who since they left their country, have sided with India even in difficult times?  Remember the Tibetan Special Frontiers Forces’ participation in the Liberation of Bangladesh in 1971?

The situation is already dismal. The Tibet Sun wrote: “The demographic landscape of the Tibetans in exile has drastically changed, with more than half the population shown by survey to have moved from India to Western countries.” At one point, more than 1,35,000 Tibetans lived in India. The Central Tibetan Administration (CTA) recently confirmed that the number of Tibetans in India has reduced drastically (to 72,000 according to some sources).

Is it in India’s interests to antagonise a population, which already feels let down? No, it is not. Let us just hope that the local authorities will understand that, even if they are unable to grasp the larger political scenario, with China trying hard to attract the Tibetans back to Tibet.