Vir Das on comedy in times of coronavirus: If you're funny, time to do your best job now

Vir Das on comedy in times of coronavirus: If you're funny, time to do your best job now 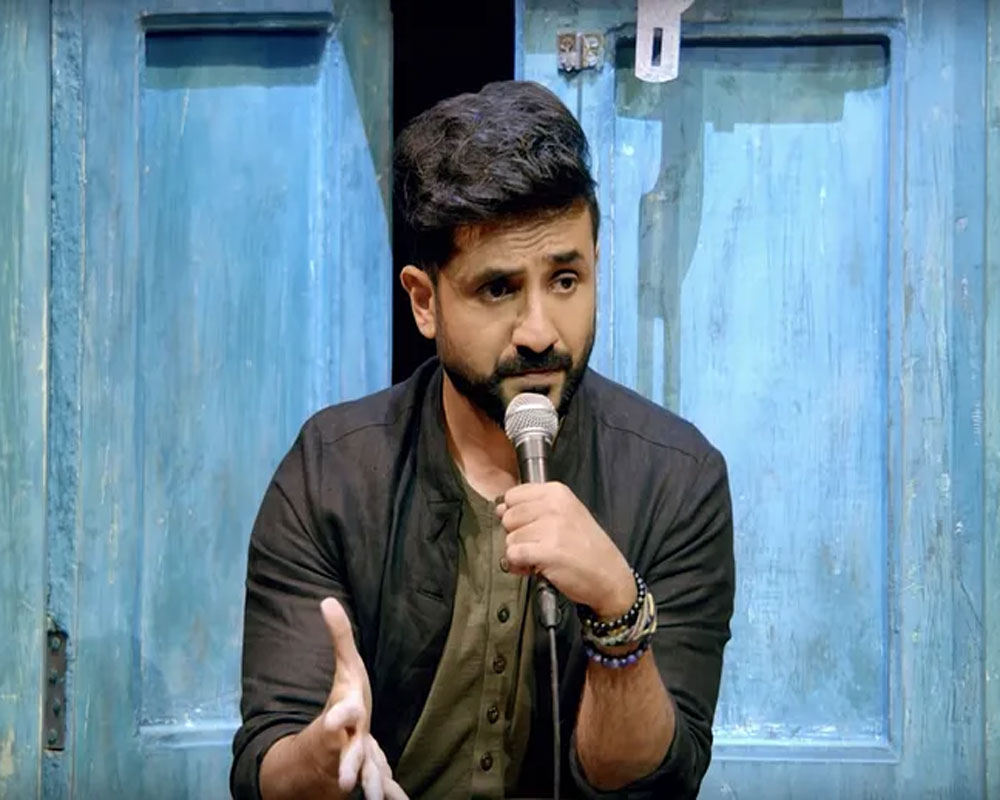 Actor-comic Vir Das says people will need to smile a lot more amid the coronavirus pandemic and comedians should step up to do the best job they've ever done.

From his end, the comic is raising funds through 'Vir Das At Home' where he performs for an audience online.

"We are going to need to smile now more than ever and for a while. If you're a funny person, this is the time to do your job. The best you've ever done it... I'm trying to focus on fundraising. I'm doing a show every night on Zoom call where the proceeds are going to different charities.

"This lockdown won't affect the privileged as much. We have got to do our part. So my main focus during the lockdown is to try and raise money," Das told PTI.

Before the pandemic brought everything to a standstill, Das had planned a world tour of 29 countries, which naturally got pushed.

There has been a lot of conversation about how the way people consume entertainment stands to change post coronavirus.

As a comic, who is used to performing in front of a large gathering, Das feels the impact will be there for sometime, but eventually, the urge to laugh will gather people together.

"Those are the things that come and go. From court jesters, impressionists, Jaspal Bhatti, Johnny Lever to us and the people who come after us, the urge to sit in a room and laugh with each other together, will always find a way back. That I'm not so worried about."

The actor is currently gearing up for the release of the Netflix series, "Hasmukh", co-created by Das and filmmaker Nikkhil Advani.

The series features Das in the titular role of a young man from Saharanpur, who has to kill people off stage to perform better on stage.

The actor had written a pilot, nearly three years ago, and taken it to the "Kal Ho Naa Ho" director who felt it was funny but needed "more darkness and gravity."

Together, they worked on it for six-seven months, got it green-lit and then ran a writers room.

"Comedy isn't so much about telling jokes, it's about being yourself and telling jokes. 'Hasmukh' is this awkward, shy, man who has a lot of anger inside him. Which is who I was when I got into comedy, except I don't murder people.

"But the first time I got a laugh was when I went on stage and yelled at a bunch of people. I was 22, life wasn't going well, I couldn't make rent, girls weren't talking to me and I yelled out all of that stuff."

With "Hasmukh", the 40-year-old "Go Goa Gone" actor got a chance to create a lot of the characters and deep dive in the "outrageous" universe of the show.

"I got to write them as really loud characters. Nikkhil really led me on 'Hasmukh.' We decided that I would be the in-charge of who Hasmukh is on stage and Nikkhil gets to shape who he is off stage.

"He's a passive, underconfident character surrounded by these loud maniacs. That's what makes him frustrated and pop when he murders. He's only ever free when he murders or is on stage."

Writing the show was a challenge on multiple levels for Das as Hasmukh is "diametrically opposite" to the comic.

"He's a small town boy, a Hindi comedian. Also, to write for an artiste who doesn't know his voice yet. He's a terrible comedian, he's clueless. It's a very outrageous universe for a show.

"When I first came to Mumbai, I was a writer on various GEC (General Entertainment Channels) comedy and award shows. So a lot of it is also based on what I saw- the big, glamorous GEC world of those. But to try and add darkness to that was a challenge," he added.