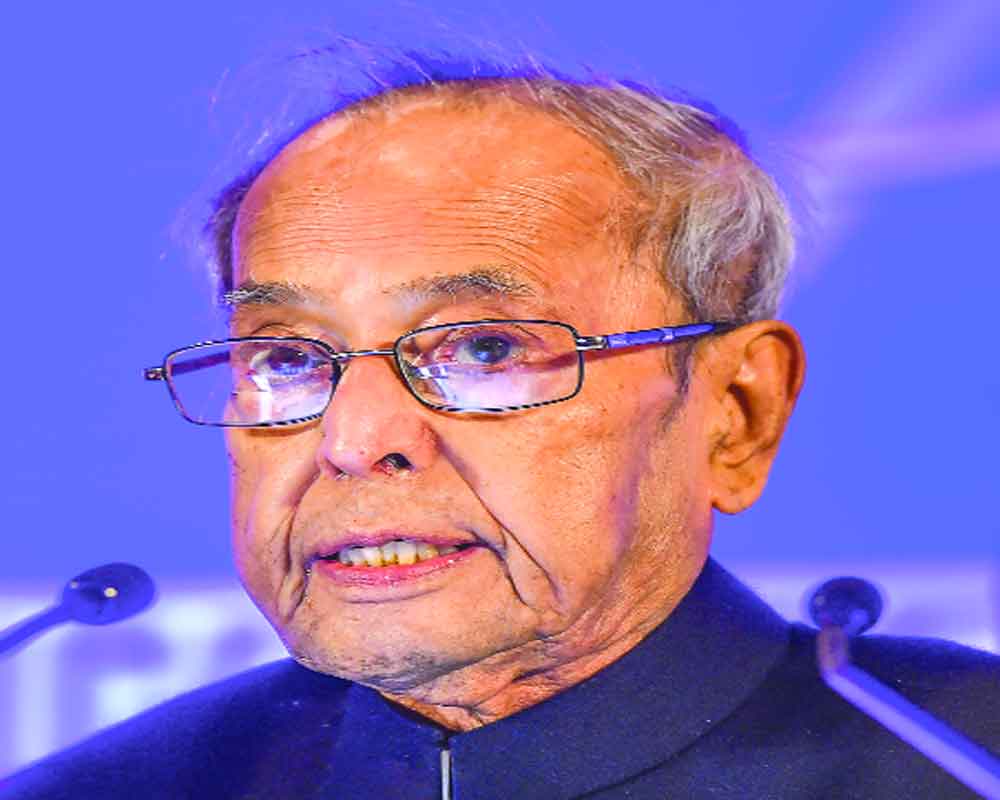 Weighing in on the ongoing protests across the country, former President Pranab Mukherjee on Thursday said the present wave of largely peaceful protests that have “gripped” the country will once again help deepening India’s democratic roots.

Addressing the first Sukumar Sen Memorial lecture series at Pravasi Bharatiya Kendra on Thursday, former President said the last few months have witnessed people, particularly the youth, come out on the streets in large numbers to voice their views on issues “which in their view are important”.

“Indian democracy has been tested time and again. Consensus is the lifeblood of democracy. Democracy thrives on listening, deliberating, discussing, arguing and even dissent. Their assertion and belief in the Constitution of India is particularly heartening to see,” he said.

While Mukherjee did not name the Citizenship (Amendment) Act or CAA, in his address, his remarks, particularly his reference to belief of the youth in upholding the Constitution of India, have come against the backdrop of protests against the CAA.

The Modi Government has faced several protests during its second term across the country on issues such as CAA/ NRC/NPR, abrogation of Article 370, and Triple Talaq.

Mukherjee’s daughter Sharmistha Mukherjee, a Congress leader, has supported the ongoing protests against the CAA and she was detained.

This is not the first time that he has spoken out on issues of national importance. Mukherjee had raked up a major controversy by visiting the RSS headquarters in Nagpur two years ago. At that time even people within his own party, the Congress,

criticised him for showing proximity to the ruling BJP at the Centre.

On December 19 last year, speaking at the second Atal Bihari Vajpayee Memorial Lecture at the India Foundation, Mukherjee had cautioned against a “majoritarian Government” against the backdrop of pan-India protests against the CAA.

“A numerical majority in the elections only gives a political party the right to form a stable Government and not a majoritarian one. A numerical majority in elections gives you the right to make a stable government. The lack of popular majority forbids you from (becoming) a majoritarian government. That is the message and essence of our parliamentary democracy,” Mukherjee said. The former President also pointed out that while people have given “strong majorities” to various parties since 1952, not a single one has been elected with over 50 per cent vote.

Similarly, delivering Rajendra Mathur Memorial Lecture, organised annually by the Editors Guild of India in December last year,  Mukherjee had emphasised that a democracy without a free press is like a “blank piece of paper”.

“Selective, orchestrated, one-sided, out of context, or motivated reporting and display, aimed at pushing the partisan agendas of one group or the other cannot or should not ever be the nature and character of journalism,” he had said.

In October last year, Mukherjee pressed on the importance of dialogue in a democracy while delivering the North East Institute of Advanced Studies Foundation Day lecture in memory of Justice (Retd) KN Saikia in Guwahati, Assam. Mukherjee stated that the soul of India resides in pluralism and celebration of its diversity.

“India’s nationhood is not one language, one religion, one enemy. It is the ‘perennial universalism’ of 1.3 billion people who use more than 122 languages and 1,600 dialects in their everyday lives, practice seven major religions, belong to three major ethnic groups — Caucasians, Mongoloids, and Dravidians live under one system, one flag and one identity of being Indian or bhartiya and have no enemies. That is what makes Bharat a diverse and united nation,” he stated.

At the Thursday function, the  former President said the Election Commission has served its purpose well and any attempt at its denigration will amount to denigrating the electoral process. “People’s mandate is sacrosanct and its sanctity supreme. Onus of ensuring this lies with the Election Commission. They must do so & put any speculations to rest,” he said.

In his opening remarks, Chief Election Commissioner Sunil Arora said, “Election Commission of India is indebted to Mukherjee for kindly agreeing to deliver the First Sukumar Sen Memorial Lecture. There could not be a harmonious combination of theme and the speaker for this evening - a savant and a rajrishi.”