Galaxy of stars to touch base in fierce Delhi battle

Galaxy of stars to touch base in fierce Delhi battle 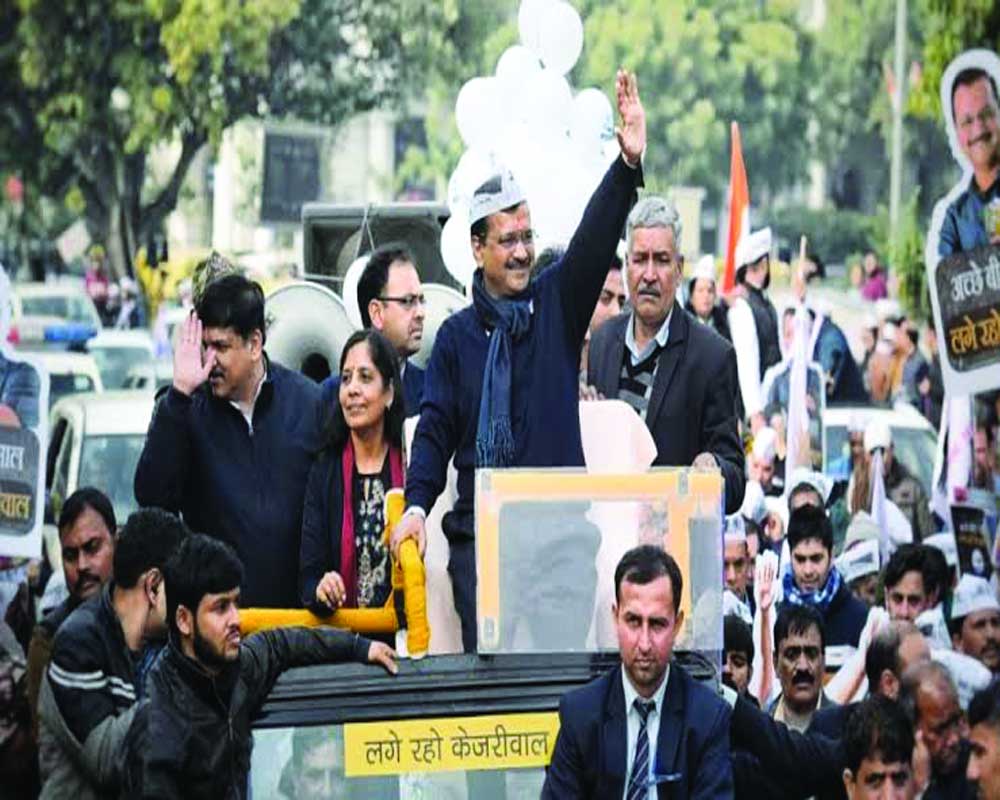 As the stakes are very high for the BJP and the Congress to regain grounds in the Delhi Assembly against Arvind Kejriwal-led Aam Aadmi Party (AAP), they too have listed star campaigners for the February 8 elections.

The BJP has rolled out big guns of the party to wrest Delhi from the AAP — drawing up a list of 40 star campaigners led by Prime Minister Narendra Modi for the high decibel Assembly elections. The BJP, which could win  only three seats in the 2015 Assembly election, has lined up a battery of Union Ministers, Chief Ministers and senior state leaders to campaign over the next 20 days.

Most of the campaigners for the BJP are from outside Delhi — a gap the ruling party is expected to exploit. Earlier, Kejriwal had pointed out that the BJP is yet to name a Chief Ministerial candidate. While that is the BJP’s usual procedure except in rare cases, the Chief Minister has poked fun at the party.

The decision to include Sidhu and Sinha’s name in the list of star campaigner is taken considering large number of Punjabi and Purvanchali voters in the national Capital, a senior party leader said.

Former Union minister Shashi Tharoor, who has been aggressively taking on the AAP and had launched the party’s campaign in Delhi, will also canvass for various candidates for the party.

Polling will be held on February 8 for the 70-member Delhi Assembly and the results will be declared on February 11.