Once den of daku, Chambal bihad readies for influx of tourists

Once den of daku, Chambal bihad readies for influx of tourists 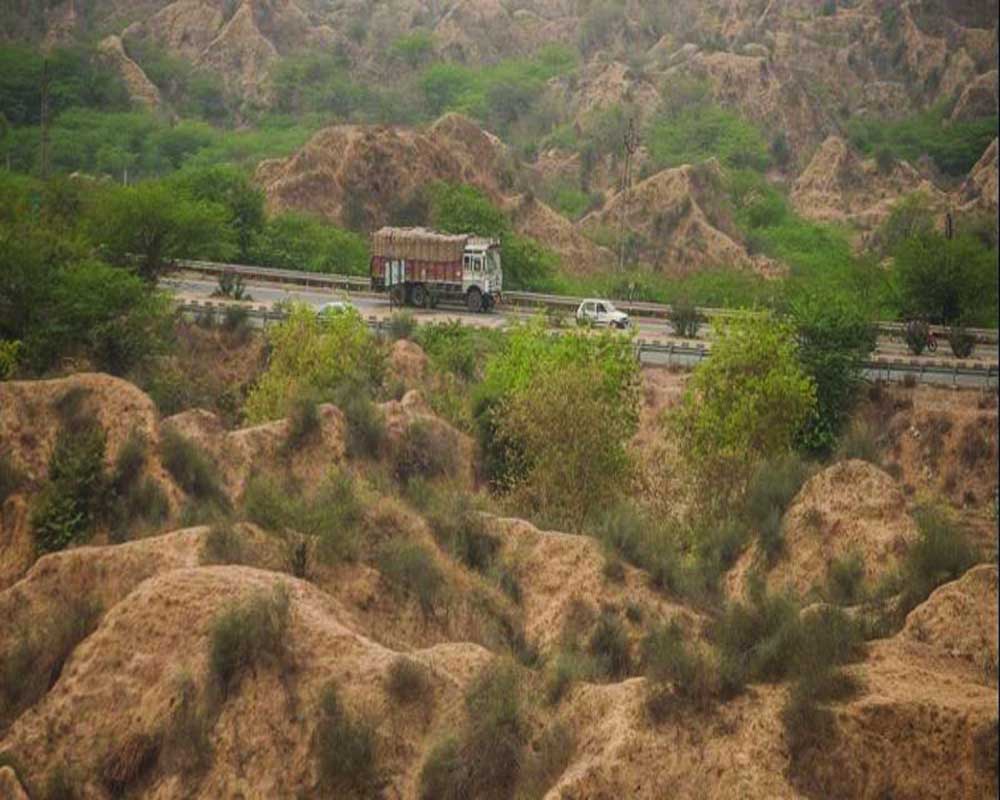 Bihad areas of Chambal-Gwalior belt, a unique geographical feature having gullies up to 15-20 feet deep which once used to be hideouts of dreaded dacoits, will turn into prairie grassland for agriculture and a hub of ecotourism.

The Ministry of Agriculture in collaboration with the World Bank has decided to convert a large area of ravines in Gwalior-Chambal belt into arable land and a preliminary report for the same will be prepared in a month.

According to Union Agriculture Minister Narendra Singh Tomar, three lakh hectare of bihad areas that are rugged land not cultivable will be brought under agriculture purposes. Tomar held a virtual meeting with World Bank officials, Madhya Pradesh, scientists, Vice-Chancellor of Rajmata Vijayaraje Scindia Krishi Vishwa Vidyalaya, Gwalior and other stakeholders to this effect.

This is not the first time a plan has been floated to cull out something useful from the ravines. Earlier, the Centre had launched a mega ravine reclamation project in 1971.

Till a decade ago, guns were a way of life here and the farmaans (diktats) of baaghis — local parlance for dacoits —were the law of the land in areas like Udi, Chakarpur and Dibhauli Ghat. The names and deeds of Maan Singh, Malkhan Singh, Phakkad, Lala Ram, Vikram Mallah, Phoolan Devi and Nirbhay Gujjar are still spoken in awe here, particularly at poll time. The Chambal-Gwalior ravines are known for infertile terrain, water scarcity and frequent droughts. Farming was almost impossible, especially for the poor and those on the lowest rung of the caste ladder.

“After preparation of the initial report, subsequent meetings will be held with the Chief Minister of Madhya Pradesh for further course of action,” Tomar  said. In addition, a Chambal Expressway will be built to pass through this area and help overall development of the region,” he added.

Tomar said  the proposed reforms in this project will not only help to improve agricultural development and the environment, but it will also create employment opportunities for the people and lead to substantive development of this region.

“A decision in this regard was taken in a virtual meeting with World Bank representative Adarsh Kumar, who said the bank is keen to work in Madhya Pradesh,” a statement said.

According to a study, about 3.97 million hectares of land in India form ravines. The States of Uttar Pradesh, Madhya Pradesh, Rajasthan and Gujarat account for 2.7 million hectares, or 70 per cent, of the country’s ravines, it adds. Currently, Madhya Pradesh has estimated 8-10 lakh hectares of ravines with steep but shallow gullies. This area is mainly along the banks of the river Chambal and its tributaries in districts such as Bhind, Morena, Shivpuri, Gwalior, Ujjain and Mandsaur. The Chambal river system is also well preserved with a national sanctuary supporting a good number of gharials, muggers, fish and migratory birds. While the note makes a strong case for reclaiming the ravines, the cost of levelling these jagged geographical formations is humongous.

According to officials, during the meeting it was decided that the substantive project would be prepared in collaboration and support from the World Bank to accomplish this work.  “In this regard, a meeting was also held earlier with the representatives of the World Bank and it has been decided to prepare a preliminary project report within a month,” officials said.