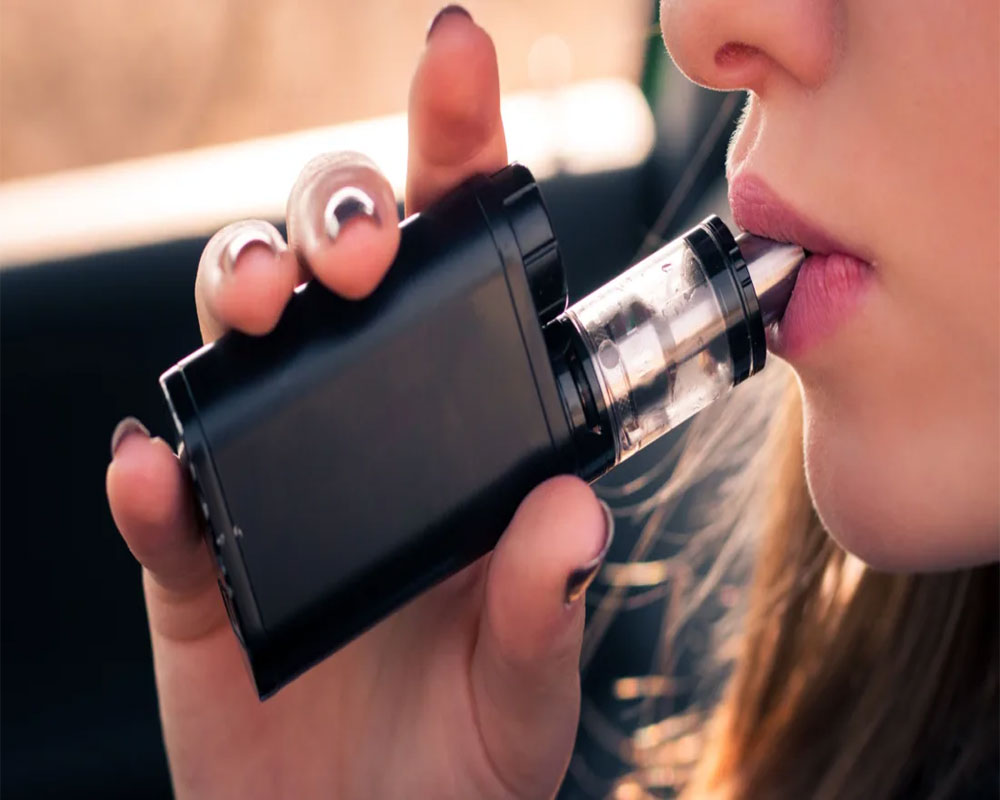 A team of US researchers has discovered six substances that have a strong link to bladder cancer in the urine of people who had used electronic cigarettes and, sometimes, other tobacco products.

In a study published in the journal European Urology Oncology, researchers from the University of North Carolina (UNC) Lineberger Comprehensive Cancer Center and NYU Langone Health compiled the results of 22 different studies that analyzed the urine of people who used e-cigarettes or other tobacco products, including cigarettes.

The aim was to check for evidence of cancer-linked compounds or biomarkers of those compounds. They found six biomarkers or compounds with a strong link to bladder cancer.

"Smoking is the No.1 modifiable behavioural risk factor for bladder cancer. There is now evolving literature showing that people who vape may have similar carcinogens in their urine as combustible cigarette users," said Marc Bjurlin, associate professor of urology in the UNC School of Medicine.

To develop a better understanding of the long-term risks of vaping, including cancer, researchers investigated possible exposure to substances that can cause bladder cancer in particular since carcinogens could be processed in the body and then passed in urine.

In their review, Bjurlin and his colleagues found 40 different parent compounds that can be processed in the body to produce 63 different toxic chemicals or carcinogenic metabolites, which are substances that remain after in the body after processing.

Six of those chemicals have a strong link to bladder cancer, according to researchers' analysis of carcinogens databases of the International Agency for Research on Cancer and the Collaborative on Health and the Environment Toxicant and Disease Database.

"The first and foremost side effects that we're seeing from electronic cigarette use are lung and pulmonary related," Bjurlin said.

"We won't see the side effects for these other kinds of carcinogenic pathways until much later down the exposure pipeline".

They found evidence in some studies that e-cigarette users had "significantly" higher levels of several carcinogens that can be metabolized into substances linked to bladder cancer in their urine compared to people who had never used them.

"This finding shows us that people who vape will be exposed to a variety of different carcinogens," Bjurlin said.

People who have decades of exposure to these carcinogens from vaping may be at risk for developing malignancies, especially bladder cancer, the authors wrote.

There were limitations to the study, including that researchers did not know the levels of all of the cancer-causing substances in the urine of users from the studies.

In addition, some studies included people who were "dual users", or people who both smoked and vaped e-cigarettes.

Further research is needed, said Bjurlin, who wants to determine the threshold of exposure to carcinogens that would lead to development of bladder cancer or other cancer types.