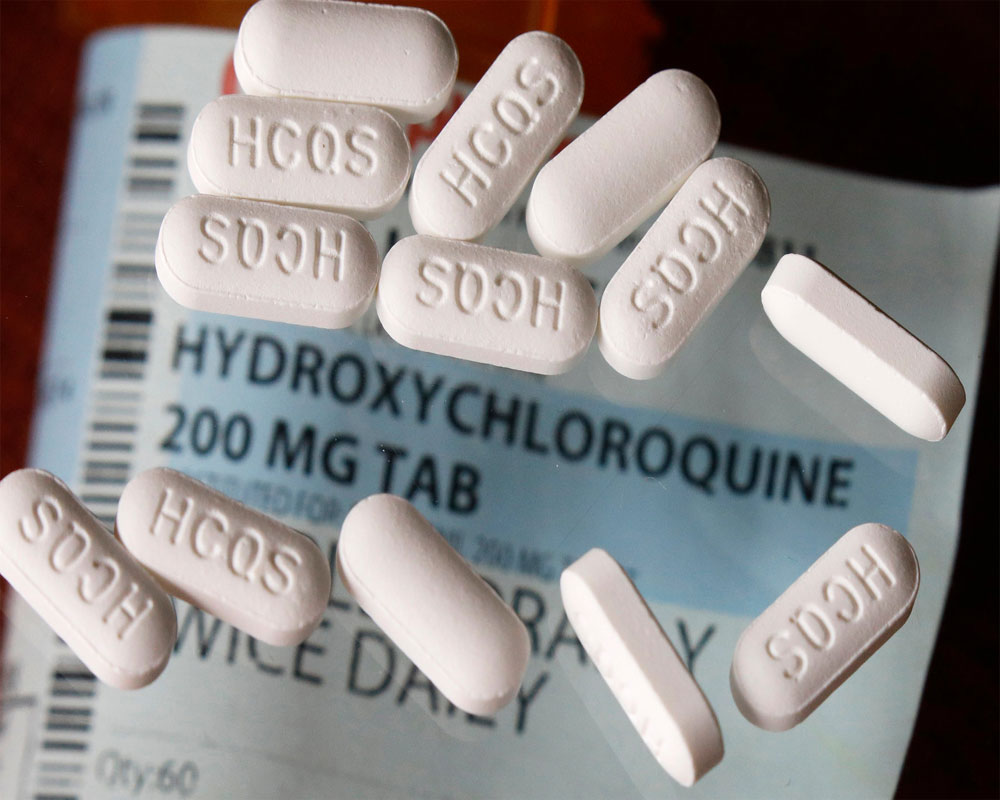 The drugs chloroquine, hydroxychloroquine and azithromycin, being used to treat and prevent COVID-19 despite weak evidence for their effectiveness, may have adverse side effects on patients like irregular heartbeats and reduced blood glucose levels, a new study says.

The review research, published in the Canadian Medical Association Journal, provides an overview of potential harms associated with these drugs as well as their management based on the best available evidence.

"Physicians and patients should be aware of several rare but potentially life-threatening adverse effects of chloroquine and hydroxychloroquine," said David Juurlink, Division of Clinical Pharmacology and Toxicology, Sunnybrook Health Sciences Centre, and a senior scientist at ICES.

According to the scientists, the potential adverse effects of these drugs include irregular heartbeats, reduced blood glucose levels, neuropsychiatric effects, such as agitation, confusion, hallucinations, and paranoia.

They said some people's bodies process chloroquine and hydroxychloroquine poorly, and a small percentage metabolise them rapidly, affecting their response to treatment.

Chloroquine and hydroxychloroquine, the scientists said, are highly toxic in overdose and can cause seizures, coma, and cardiac arrest.

The researchers added that indescriminate use of hydroxychloroquine may make it unavailable to patients with autoimmune disorders -- such as rheumatoid arthritis, lupus, and other chronic diseases -- who are mainly prescribed the drug.

According to the review, the evidence that these treatments might be beneficial in patients with COVID-19 is of poor quality, and it is possible that the drugs could worsen the disease.

"Despite optimism (in some, even enthusiasm) for the potential of chloroquine or hydroxychloroquine in the treatment of COVID-19, little consideration has been given to the possibility that the drugs might negatively influence the course of disease," said Juurlink.

"This is why we need a better evidence base before routinely using these drugs to treat patients with COVID-19," he added.