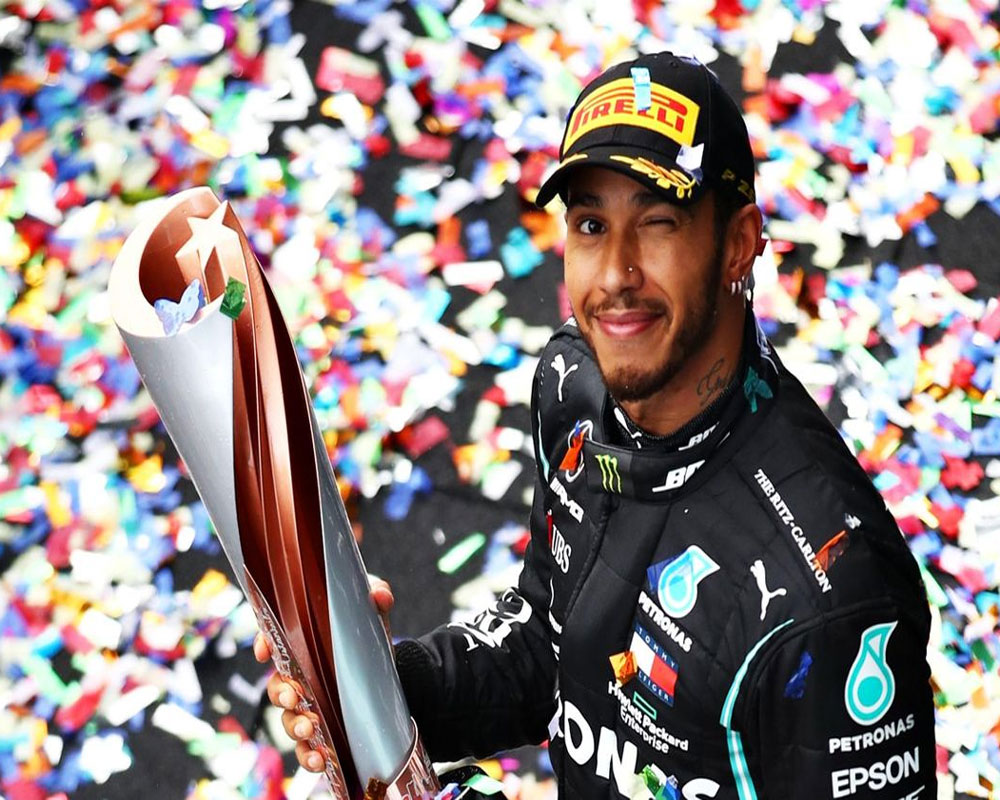 Mercedes driver Lewis Hamilton won the Turkish Grand Prix, his 10th victory of the season, to secure the seventh drivers' title of his career and equal the record of Michael Schumacher.

The Briton had started the race sixth, risen to third midway through the first lap and then dropped back to sixth by the end of Lap 1. However, a decision to change his intermediate tyres just once saw Hamilton drive through to a victory by over 25 seconds over Perez.

Finland's Valtteri Bottas, Hamilton's fellow Mercedes driver, and the only man who could have stopped Hamilton from winning the title on Sunday, spun four times and ended with a 14th-place finish.

Hamilton now has 307 points while his nearest competitor Valtteri Bottas is way behind in second place with 197 points.

"I'm lost for words," Hamilton was quoted as saying by formula1.com. "We dreamed of this when I was young... and this is way, way beyond our dreams."