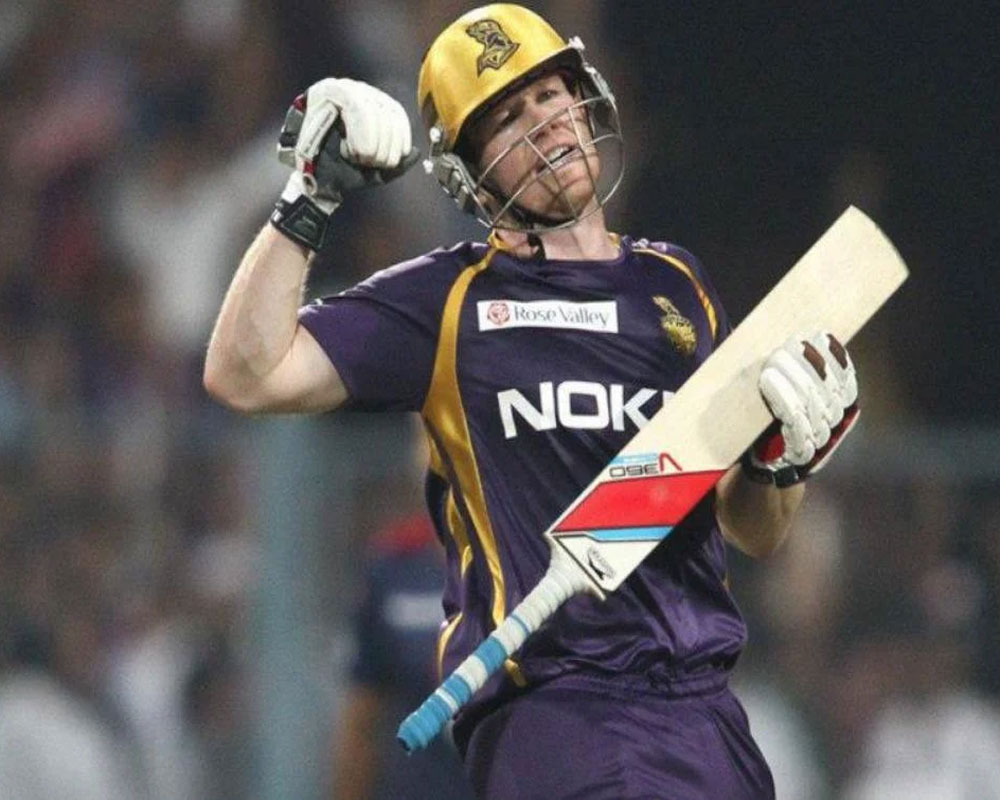 Electing to bat, KKR were reduced to 42 for 4 in the eighth over and half of their batsmen were gone for 61 in the 11th over. An 87-run unbroken stand for the sixth wicket between Morgan (39 not out) and fast bowler Pat Cummins (53 not out) took them to a respectable 148 for 5.

But, Mumbai Indians needed just 16.5 overs to overhaul the target for the loss of two wickets to record an eight-wicket win on Friday.

"That's putting it very politely. With the batting early on, we made a few mistakes. Mumbai Indians bowled really well and proved exactly why they have been one of the form teams in the tournament so far," Morgan said at the post match press conference.

"From here on, there is another area of improvement that we need to make strides on. We're just past the half-way stage in the tournament. There is no better time to turn things around," said the Englishman who was elevated to captaincy on Friday after Dinesh Karthik stepped down.

Morgan said the KKR batting order will need to be flexible, adapting according to the respective opposition.

"Given the strength and depth we have in our batting-line, and the different skill-levels and skill-sets that we have, we have to be as adaptable as possible going forward," said the England limited-over skipper.

"With playing against different opposition, there are different match-ups that we feel we can make the most of our batting line-up, and hence the continued change in the order," he said.

He said KKR had a smooth transition after Karthik decided to step down from captaincy to focus on his batting.

"Within a team of leaders, given that myself and Dinesh were leaders in captain and vice-captain, I think there will be a smooth transition from here. It took a lot of courage for DK and actually quite a lot of selflessness to come forward and recognise within himself that he wanted to focus on his batting and take the vice captaincy up,” said Morgan.

"Therefore, I became captain and it is a great opportunity for me to lead the team. Like I said, within our group of players, we have a number of leaders and we will need throughout this competition," he added.

On Cummins who top-scored for KKR, Morgan said the team looks at the Australian as an "all-rounder". He said focussing on golf on this trip has helped Cummins in his batting.

For Mumbai Indians, it was their fifth win on the trot but opener Quinton de Kock said it was all about taking one game at a time and the team has not started preparations for the play-offs.

"No, the preparations for play-offs haven't started. We are taking every game as it comes. Whatever happens we got to keep it simple, stay humble in the way we do things and play to our strengths, that's all we can control for now," he said.

"Whether we get to play-offs or not, it is not really controllable, but yes we are here to try and play the best cricket we can," said the South African who top-scored for MI with 78 not out off 44 balls.

"He (Chahar) backs himself, which is a key thing in a player. He knows his talent and he knows if he has a bad game … he is going to come stronger. He is hungry on what he does, so it is good to see. Obviously, all we can do as players is just to keep backing him," said de Kock.