‘I make songs that I love listening to’

‘I make songs that I love listening to’ 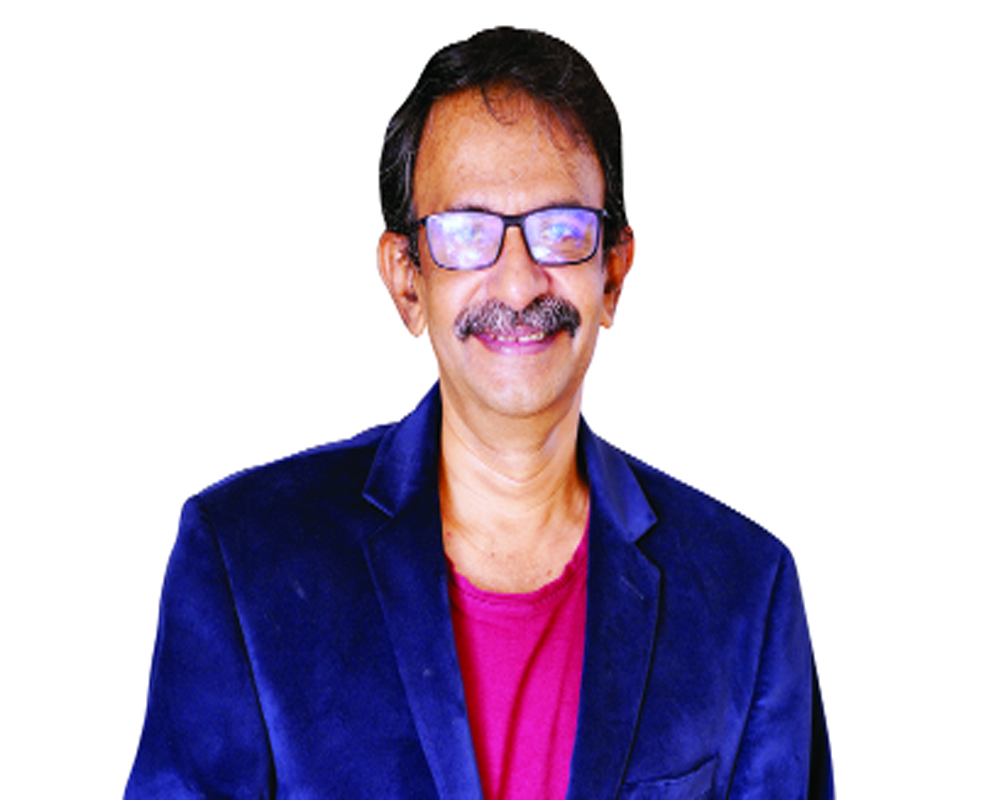 Lyricist-screenwriter-filmmaker  AMITABH S VERMA, who has recently turned a singer with Awalla, tells MUSBA HASHMI about the response that the song is getting, what goes into writing songs and his upcoming projects

What is your song Awalla about?

Awalla is about supreme love. The highest form of love — the love for God. It is a sufi song where the devotee sees God as his/her beloved. Meera bai was one of the most prominent sufi poetess in the Bhakti movement whom we have mentioned in the song.

Your song has been receiving lots of love and appreciation. How does that feel?

Yes. A lot of my industry friends have showered their love and appreciation on social media.It feels great to see so much appreciation that the song is getting. More so because we made this song without any commercial compulsion. We just wanted to make a nice song with everything from music to lyrics to the video according to our liking. This is the kind of song that I would want to listen to and I was sure that there would be many who would appreciate this kind of music. My brief to my arranger and programmer Nirmalya Humtoo Dey was simple: I wanted the music to sound rich. We have used live instruments and that has added a lot of value to this song.

You have penned down many beautiful and hit songs. Any memories that you can share.

Every song has an interesting story and every memory is worth sharing. I can go on and on. Let me share the story of one of my earlier films My Brother Nikhil. It had only one song Le Chale in three different versions sung by KK, Shaan and Sunidhi Chauhan. The song was to be used throughout the film in different situations. While recording the song with Shaan, Director Onir felt the need of another antra for a particular situation. Shaan was about to finish his recording. So Sanjay Suri who was also the producer of the film got into a conversation with Shaan and offered him tea to kill time while I was frantically trying to add a new antra. Thankfully I managed to write it in minutes.

The cult song Alvida from Life in a Metro was written about 10 years before it was finally used in a film. Pritam and I have been friends for a long time and we were also classmates in FTII. We made this song then and there. Anurag Basu heard this song and loved it so much that he decided to use it in the film. Another popular song of mine Maa Ka Phone Aaya from Khoobsurat was not supposed to be a song. We were making a ringtone to be used in the film. Once that was made Rhea Kapoor, the producer of the film loved it so much that she asked Sneha khanwalkar, the music director and me to make it into a full song.

What does it require to come up with such good songs, Love is a waste of time and Alvida to name a few?

I try to make a song that I would love to listen. It becomes a good song for the audience too because somewhere you connect with your audience. There are actually no rules. But there are a few things that I keep in mind while writing a song. But to answer your question, for me it is the melody and arrangement and then the choice of words that I feel makes a good song. A situation decides the thought and the mood of the song. The director gives a brief according to which it is written.

How has your experience been in the industry?

So far so good. No complaints and no regrets. I have been very lucky to get a chance to work with directors like Raj Kumar Hirani, Anurag Basu, Hansal Mehta, Onir, Vikram Bhatt and many more in various capacity. I think I am one of the few filmmakers who has actually experimented with various departments and have good work to my credit. From working as an Editor in feature films for which I was actually trained in FTII to getting to write scripts, to being a lyricist for songs that have become successful to becoming a director and now a singer, God has really been kind.

A change that you would like to see in the industry for musicians, singers and lyricists?

There is a lot of talent waiting to be explored. New people should be brought to limelight and new talent should be given chance. We have to make this industry accessible to more and newer talent.

Yes quite a few. My first film as a director called Teen Do Paanch should come out soon. Though we had planned a theatrical release but going by the present situation it will now be released on an OTT platform.

I have just finished a Musical Travelogue called Kaleidoscope of North East which I have produced, written and directed with my wife Shruti Anindita Vermaa. This is for Doordarshan and it has given me a chance to explore the unexplored. I recently made a short film Bholi which has won five international awards and is still doing rounds to various International film festivals.