A lesson in good governance

A lesson in good governance 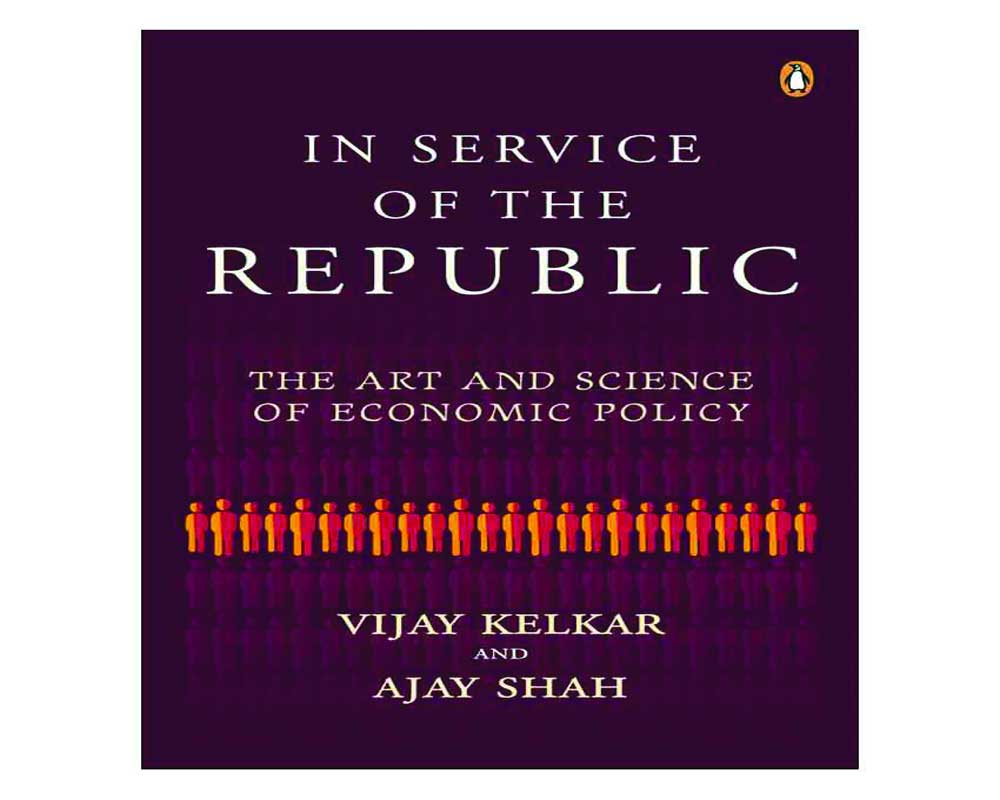 Book Name : IN SERVICE OF THE REPUBLIC

In Service of the Republic is a must read for those who wish to take up politics as a serious profession, and also for students of economics and public finance, writes Kumar Chellappan

The year 2020 marks the birth centenary of Nani A Palkhivala, a name that is the byword in India’s legal world. Palkhivala reigned the country’s court rooms for almost six decades. More than a lawyer what made him a household name in India was his concern for the poor and middle class. He could identify himself with their happiness and sorrow because he too was a member of that strata of the society. While honouring Palkhivala with a D Sc degree in 1998, Prof B M Hegde the then chancellor of the Manipal University, said in his address: “We are honouring Nani Palkhivala with this D Sc because he gave us our democracy.” That sums up his passion for democracy, liberalism and free enterprises.

Palkhivala has authored two books for the Indian public: We,The Nation — The Lost Decades and We, The People. Both the books are collection of essays written by Palkhivala and speeches he delivered at the convocation ceremonies of various universities and essays he authored on varied topics ranging from the country’s education system, causes for the economic backwardness of India and faulty economic planning by policy makers and decision makers.

It was in one of his speeches Palkhivala pointed out the Achilles’ Heel of Indian economy and slow rate of growth. “We have too much government and too less governance. Our rulers are only concerned about the Gross Domestic Product instead of Gross National Happiness. And the rulers are yet to understand the difference between socialism and capitalism,” said Palkhivala who was out and out against the concept of socialism followed by Jawaharlal Nehru, Indira Gandhi and of course all the Left of the Centre politicians.

For Palkhivala, socialism meant social justice and not the State’s monopoly over industries and businesses. The Government has no business to be in business,” was his catchwords. In the 1970s, he articulated the concept that the Government should never end up as a job providing agency but a job creating agency. Even after five decades, the Central and State governments continue to be what Palkhivala did not want them to be; job providing agency!

Those who have read the books authored by Palkhivala are yet to come across something that contradicts what he wrote in 1980s and 1990s. Arun Shourie, the celebrated journalist too wrote a book (Governance and the Sclerosis That Has Set In) explaining the reasons which ‘sustained’ India as a poor country. There are many people in New Delhi itself who do not want India to develop. These people survive only because of poverty and scarcity in the country.

The country saw a change of government in 2014 and a lot was expected of it over the next few years. But the tragedy is that though a lot of programmes and initiatives were announced, nothing seems to have worked. The top political leadership is handicapped by the scarcity of people who could think out of the box and come up with solutions which could address the ever increasing problems.

It is at this juncture that former IAS officer Vijay Kelkar and his friend Ajay Shah have come out with a book, “In Service of the Republic — The Art and Science of Economic Policy,” published by Penguin. The authors are economists of repute. Kelkar who served India as a civil service officer and held top-notch positions in bureaucracy is known to be a man of soft words. He has lived to that image through this scholarly work. No ill feelings towards anybody, that is Kelkar. The authors have stayed away from any controversies. They have presented a superb brief demanding the annihilation of unnecessary governmental intervention in all matters of governance. After going through the book, one feels like saluting Palkhivala again for his comment that we have too much government and too less governance.

Prime Minister Narendra Modi has been talking about minimum government and maximum governance since he launched his election campaign in 2013. But things have not moved forward as the Indian versions of Sir Humphrey Appleby and Sir Bernard Woolley continue to call the shots in New Delhi’s corridors of power. If there are ministers in this government who are devoted to their work, the first book they should read is the one authored by Vijay Kelkar and Ajay Shah.

The book, which has eight parts and 40 chapters, takes the readers through the intricacies of governance and economic policies. In the opening chapter itself, the authors have proved how government intervention even in solving small problems, rapidly turns into a mess. For the first time in modern India (post 1991), two economists have asked the government to stay away from certain activities and initiate new areas of work that better fit into the tasks of the government. Even as one reads from one chapter to another, the picture that unfolds before the eyes is that of contemporary India. The Vedanta Group’s copper smelter plant at Thoothukudi in Tamil Nadu is an issue which should be seen in this context. The entire responsibility of the stand off between the local population and the Vedanta management remains with the Centre and State governments. Wasn’t it possible to nip in the bud itself revolts and riots which resulted in the closure of the factory?

An important issue which has been discussed by the authors, and is of topical relevance, is the Health Policy of the Government which is shrouded in chaos and confusion. During Coronavirus induced lockdown, several panelists on TV debates were heard questioning the failure of the government in improving upon the country’s health sector. Kelkar and Shah point out that healthcare and public health are two different entities — healthcare being the domain of the private sector while public health is population-scale initiatives that address externalities and provide public goods. Veteran doctors like Prof B M Hegde and Dr C V Krishnaswamy who consider their profession a noble service to the society frown at the concept of healthcare, which has become a part of a major industry and money spinner.

“The public sector is not effective at translating expenditures into healthcare services. Privately produced healthcare is afflicted with market failure. Health insurance companies suffer from poor financial regulation of insurance and from dealing with a malfunctioning healthcare system. Greater government spending on healthcare is popular. At present, there are two pathways for this increased expenditure . More money can be put into government healthcare facilities such as Primary Health Centres or government hospitals. Alternatively more money can be put into health insurance facilities who intermediate between individuals and private healthcare providers. Both these pathways work poorly,” write Kelkar and Shah (page 322).

The authors have suggested a new strategy: “Imagine a contract between a network of healthcare providers and the patient which underwrites all healthcare for the patient for life, in exchange for fixed monthly payments. This must be not just one doctor, but a network of providers that cover all aspects of healthcare. When you get sick you would go to your healthcare network and they would render you healthcare services, at no additional cost. Such networks are called “Health Maintenance Organisations”. This is known as out of the box thinking.

A must read for those who want to take up politics as a serious profession and also students of economics and public finance. These are not mere academic findings but real life experiences from a bureaucrat who has seen how the government “operate” in India and an economist who has learnt the subject because of his passion for it.