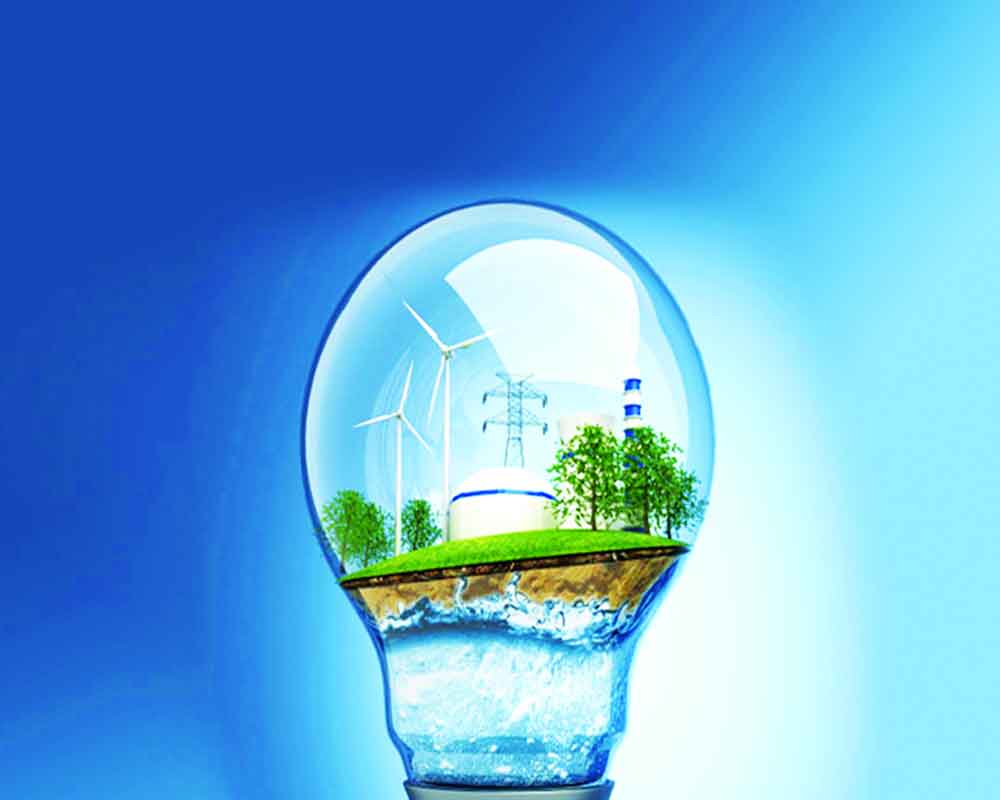 Over the past two decades, India’s approach takes into account the political, economic, social and environmental issues and concerns under which the energy security policy is being pursued today, writes Dr Ashok Sharma

Energy security has been significant to the economic transformation, global prosperity and well-being of the human kind. Energy security will continue to be detrimental to the existing life and much more crucial to the developing countries than the developed world. The world’s demand for energy grew by 95% in the last 40 years and the future demand, estimated to be more than 90%, to be because of huge growth in demand from India and China. These resources are finite, and the direct links between energy supply and economic growth have pushed the issue of energy security at the core of the policy debate with a considerable impact on the geopolitics.

India, one of the fastest growing major economies, is also the fastest growing energy consumer in the world. And set to become the most populous nation, it is not well endowed with energy reserves. India has mammoth task of meeting its economic and social developmental goals, and lift its millions of people out of poverty. The country has no option but to strive for sustained growth rate of 8-10% to achieve this. India’s economy in all likely will continue to supersede the growth rate of all other major economies in the world in the foreseeable future. The demand for energy in the coming years will accelerate further as India embarks on manufacturing through Modi Government’s much vaulted ‘Make in India’ programme, developmental projects and access to electricity to all. Consequently, energy security has emerged as one of the salient policy issues over the past decade and a half, and the successive Indian governments have emphasised on addressing the impending energy crisis challenges.

In the past, India’s energy security has been narrow in its approach, mainly aimed at managing supply. But over the past two decades, India’s energy security policy has evolved and approach is much more inclusive which takes into account the political, economic, social and environmental issues and concerns under which the energy security policy is being pursued today internationally. India’s quest for energy security could be seen under the framework of four ‘A’s: availability, accessibility, affordability and acceptability, which is to make energy accessible to all the sections and sectors at an affordable price in a socially and politically acceptable carbon-controlled environment.

India’s more than 50% of energy needs is derived from domestic stocks of coal, mainly for the electricity. Coal shall remain India’s most important energy source and critical to its growth for the decades ahead. However, the percentage of coal in India’s energy mix will decline in the future. India, with 17% of the world’s population, has just 0.8% of the world’s known oil and natural gas resources. Today, oil accounts for 36% of the country’s primary energy use. This figure is set to rise both in absolute and in percentage terms. India’s domestic production is not sufficient to meet its demand. As a result, India already imports 80% of its crude oil needs. Without new and substantial domestic discoveries, imports will continue to increase. By contrast, natural gas currently provides only 8% of India’s primary energy supply, and most of that gas comes from domestic sources, onshore and offshore. But the position is likely to change drastically as India plans towards the world average for the use of natural gas.

To promote oil and gas production at domestic level, the Indian Government has been taking several steps which range from encouraging the Indian companies to increase their domestic activities and widening its engagement with multinational companies, broadening opportunities for them to participate in oil and gas exploration in India. Also, to stimulate the investments and development in the exploration of hydrocarbon sources of energy, some of the steps have focussed on regulatory changes, a transparent gas pricing policy and redevelopment of uneconomical assets. The domestic efforts have also seen a concerted focus on exploring various alternative sources of energy which are infinite, renewable and environment-friendly. The government has given a massive push in this regard in the energy production through solar energy, wind power, hydroelectricity power, and biomass, and nuclear energy.

At the domestic level, the challenges are puzzling and often at odds such as increasing energy access, building a smart system for drawing investment in energy infrastructure and pricing of energy to facilitate the economic and environmental competence. Unlike the past policy of self-reliance, India’s energy policy has shifted to position itself to address its new dependence on international markets, diversify its sources of energy abroad, look for alternative sources of energy, and increase its domestic production which continues to be in line with its earlier commitment to self-sufficiency. India’s domestic exploration and production push is not very promising. As a result, India continues to rely on the foreign sources for its energy needs especially for petroleum.

Since increased domestic production alone will not be sufficient to meet the projected needs for either oil, gas or coal, India is also expanding its efforts abroad. Eventually, this has made energy security one of the top foreign policy priorities. Despite the Indian government’s emphasis on domestic production of coal and efforts to diversify the sources of energy, the demand for imported coal is likely to continue. India’s energy demand, both for consumer and industry, cannot be done in the near future without the help of imported coal. There is no substantial proof that India can address its energy demand without the use of imported coal to supplement its domestic supply. For example, the energy security has been an important aspect of India-Australia relationship in which import of Australian high calorific value coal remains crucial.

Subsequently, energy security has emerged as one of the top foreign policy priorities of the Modi Government. This becomes significant as Modi Government embarks to make India a manufacturing hub through its much vaulted ‘Make in India’ initiatives. Energy security’s primacy in Modi government’s foreign policy is reflected in his record number of high-profile foreign visits during which he has been cutting energy deals with energy rich countries.

India’s energy security pursuit becomes more challenging with the growing concerns of global climate change and political instability in the energy rich regions of the world. India has been relying mainly on coal and petroleum for its energy sources. India’s move towards renewable energy sources will not be sufficient for its mounting energy demand. India has to look towards an energy sources with less carbon emission and provide base load power. In this context, gas and nuclear energy figure significant. Gas is less carbon emitting source of energy. India’s gas utilisation is far below the world average. Modi government has also given priority to enhance the gas utilisation and move towards gas based economy. India is planning to set up gas pipelines for import of gas from its neighbouring nations. A number of gas pipelines are proposed and are in the construction phase. Majority of them involve intense geopolitics as some of the proposed gas pipelines will pass through Pakistan and China.

Since the two-thirds of India’s oil imports come from one single region, that is, the Gulf Co-operation Council (GCC) countries, India is following in the footsteps of other major oil-importing economies and making significant efforts to obtain supplies from sources outside the Gulf. In addition, the possibility of disruption from unseen political instability, religious extremism, terrorism, and threats to supply lines have pushed India to look for new hydrocarbon destinations abroad.

India has taken steps to diversify its hydrocarbon exploration in the regions of Latin America, Africa, Caspian Basin, Russia and in the waters of Indo-Pacific region.

Problems of diversification of energy sources for India arises from the political volatility, geopolitics of these regions and above all it puts India in the direct competition with China particularly in the Non-Middle Eastern and Non-Gulf region as the new destination of energy source which further sparks a geopolitical competition and adds more complexities to an existing competitive and often conflicting India- China relationship.

Nuclear energy has the potential to become an important source of India’s energy mix given its economic affordability in the long run and environment friendly. Currently, nuclear energy makes up around 3% of India’s energy mix and has the potential to become 20 to 25% of India’s energy mix by 2050. The lack of enriched uranium, light water reactors, and advanced technology hampered India’s nuclear energy capability. But after the conclusion of India-US nuclear agreement, India’s nuclear apartheid ended and unchained India from the technology denial regimes of the Nuclear Non-proliferation Act of 1978 which came in the wake of India’s first atomic test in 1974. The nuclear deal was aimed to help India to meet its looming energy crisis by enabling it to access to safeguarded nuclear fuel, advanced light water reactors and civilian nuclear technology.

The India-US nuclear deal pushed the energy security to the core of India’s foreign policy. After the India-US civilian nuclear deal, India has sealed the civilian nuclear agreements with a number of countries including France, Russia, Canada, Australia, Japan and the UK. Given India’s non-signatory status of Nuclear-Non-Proliferation Treaty, for any country dealing with India in nuclear energy and technology trade becomes an issue of a mutual trust and confidence which required delicate diplomacy from India. Though aimed to address India’s energy security, the US-India nuclear deal was viewed by China as part of the United States’ grand strategy to contain the growing power and influence of China in Asia. As a result, the Chinese and Pakistani lobbying along with ‘Nuclear Ayatollahs’ put a concerted lobbying effort to block the nuclear deal at Capitol Hill, though failed. The India-China energy geopolitics resurfaced during India’s bid to membership in the Nuclear Suppliers Group (NSG) recently. China used its clout and prerogatives to block India’s case for the inclusion in the NSG. The nuclear energy is significant for India’s efforts to shift to an environmentally friendly energy sources and alternate sources of energy sources.

India is emerging as a new normative player in the renewable energy regime. Prime Minister Modi has pursued unwavering commitment to energy security by constructing 175 GW of renewable capacity by 2022 and India is committed to its unflinching commitment to combat global warming irrespective of what happens in the rest of the world. Prime Minister Modi being awarded the “Champion of Earth” by the UN Secretary General in 2018 is additional power to India’s growing normative leadership in this new energy source regime that translates into geopolitics as it helps India to enhance its image internationally.

India’s energy policy is being pursued in a much more inclusive manner in its domestic and international settings to address its fast-growing energy demand in a competitive geo-political environment. India energy exploration abroad in the new regions is putting in direct competition with with China. Unlike the US-Soviet Union energy geopolitics, the India-China energy competition has been mostly confined to the commercial and diplomatic level tussles, though both remain vulnerable to conflicts which may get aggravated due to their competitive and conflicting relations and the emerging strategic geometry in the Indo-Pacific region.

— Dr Ashok Sharma is a Visiting Fellow at the University of New South Wales at the Australian Defence Force Academy and the author of the book ‘India’s Pursuit of Energy Security: Domestic Measures, Foreign Policy and Geopolitics’ (Sage Publications, 2019)