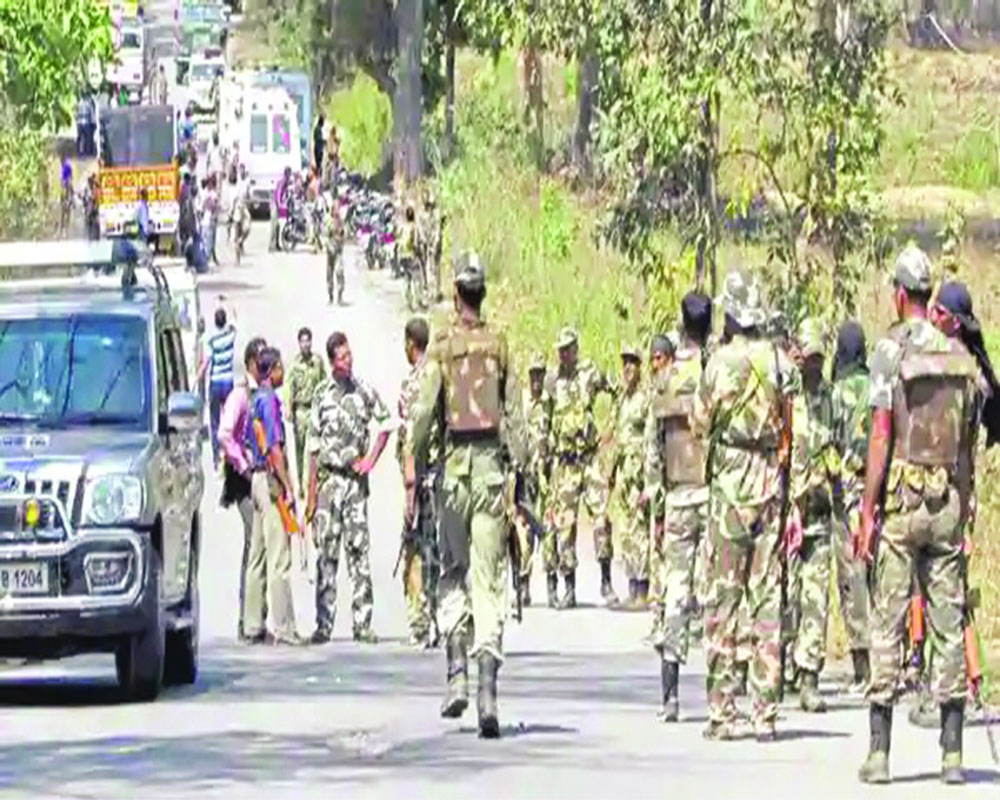 Basavaraj’s prime strategy, it seems, is to scotch the growing understanding that the Maoist movement is on its last legs

The March 21, 2020, horrific Naxal attack on the security forces in Chhattisgarh’s Sukma, killing 17 personnel and injuring 15 others, after a long time highlights a critical shift in the ideological moorings of the CPI-Maoist. Arguably, a critical factor leading to such a tactical change in the Maoists’ approach can be attributed to the new leadership under Namballa Keshava Rao, alias Basavaraj.

Considering the involvement of the District Reserve Guard (DRG), Special Task Force (STF) and the elite Commando Battalion for Resolute Action (CoBRA) of the Central Reserve Police Force (CRPF) in a joint operation against the Maoists, the Maoists carried out the brutal attack with surgical precision. It is important to mention that Sukma district continues to be a hotbed of Maoist activities as it accounts for 25 Maoist-related deaths so far in 2020.  At a time when the State has been claiming the Maoist violent movement is on a terminal decline in terms of its diminishing activities and reducing number of recruits, the Sukma attack, the audacious acts against the elite security forces, warrants revisiting the Maoist movement. Also, as the Maoists are continuously losing their support base substantially and are limited to a few pockets, the high-level attack confirms a tactical shift in the Maoist strategy.

In the last two years, especially since Basavaraj took over as CPI-Maoist general secretary following the resignation of Muppala Lakshmana Rao, alias Ganapathy, as Maoist chief in September 2018, there has been a major tactical shift in the Maoist activities. Under the leadership of Basavaraj, who was also the chief of Maoists’ Central Military Commission (CMC) prior to his elevation as chief, the Maoists are carrying out “spectacular” attacks, choosing elite commandos and high-profile political leaders, to scotch the growing understanding that the Maoist movement is on its last legs. Ever since Basavaraj has taken over the leadership, the Maoists have carried out four major attacks in the last two years. On May 1, 2019, the Maoists killed 15 personnel belonging to the commandos of the C-60 force of the Maharashtra Police and a civilian with an improvised explosive device (IED) in Gadchiroli district. Preceding the incident, the ultras had torched 26 vehicles used for construction work at the National Highway-136 site to lure the security forces in their trap. Earlier on April 9, 2019, the Maoists attacked the convoy of Chhattisgarh BJP MLA Bhima Mandavi, killing the MLA and two others just before the first phase of the general election. A critical commonality among all the above-mentioned attacks is the surgical precision in which they were carried out.

The surgical precision of these attacks is stressed as the Maoists are believed to be in a Tactical Counter Offensive Campaign (TCOC) under the new leadership of Basavaraj. As the Maoist activities have been largely contained, the new leadership aims to revive the strength and reclaim the areas through militant activities. Considering his experience as the chief of the Central Military Commission of the CPI-Maoist, Basavaraj believes in instilling fear through the attacks, especially against the state machinery and leaders. This is a critical shift in the ideological framework that instils new tactics into the new recruits and legitimise the “revolutionary causes” via violent activities. Such a tactical shift also highlights the shrinking space of the Maoists which have caused the state wholesome measures — security, development, surrender, and rehabilitation and ensuring rights and entitlements of the local communities. These state measures have prevented the Maoists to garner local support and recruit trusted cadre.

Ganapathy was held responsible for not being able to spread to the new areas and for losing the areas of influence. This was a major factor for Ganapathy to step down. However, as the ideology takes a backseat under the new leadership and selective violent activities take prominence, the Maoists seem to expose their vulnerability like never.

When it comes to carrying out guerrilla attacks, the Maoists seem to have an edge over the security forces which have been a major drawback that the later must overcome sooner. In more than five decades of their existence in multiple forms and shades, the Maoists have never been so delegitimised before in terms of popular support. As the romanticising of “revolutionary” ideas doesn’t have many takers, the Maoists under this new leadership would continue to resort to such attacks now and then. The important motives of the Maoists behind killing the security personnel in large numbers are to highlight the vulnerability of the state and to boost the morale of its cadre so that they could plan a possible revival of the movement.