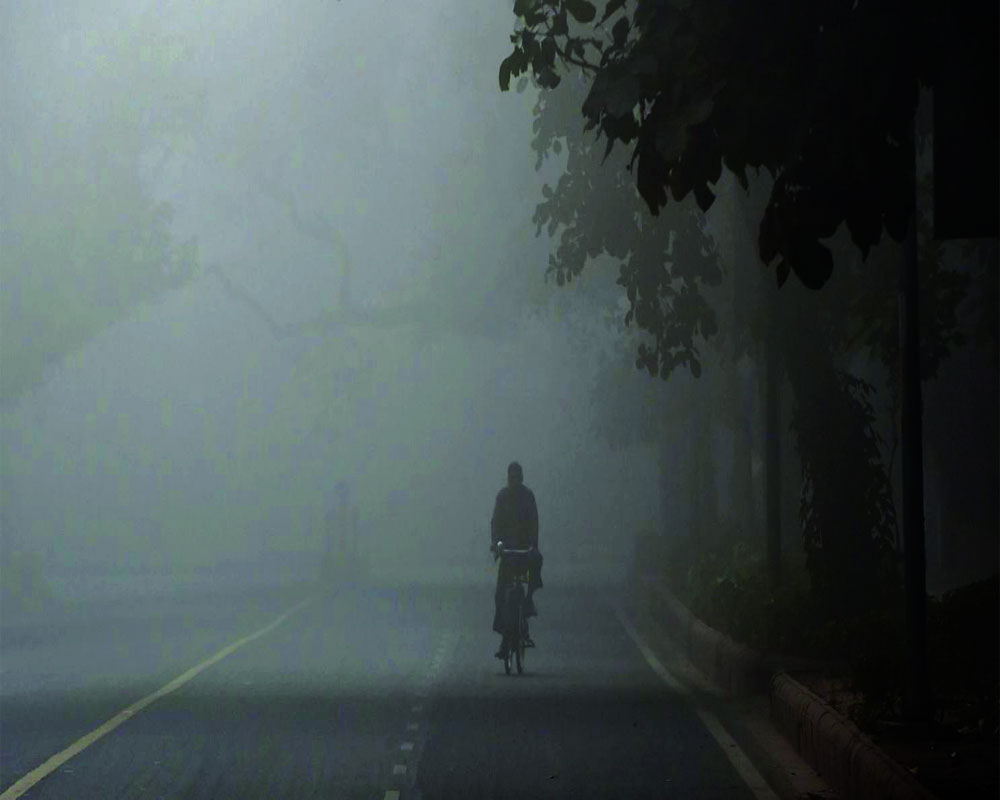 As the world battles a pandemic this year, the smog situation in Delhi can wreak havoc on public health, writes Sonal Shukla, as she details the factors and challenges before the concerned governments in handling the perennial hazard

A blanket of haze has been shrouding the National Capital for some days now: the smog season is back. The AQI has crossed 300, pushing air quality to ‘very poor’ level, which was last witnessed in February. NASA images show clusters of fire in Punjab and Haryana, as the post-harvest paddy stubble burning has started in the farms.

Last year towards October end, the Delhi Government had to declare a ‘public health emergency’ for nine days, as Delhi experienced its longest period of hazardous air pollution. This year, as the world battles a pandemic, the smog situation can wreak a havoc on the public health. The health experts warn that smog can increase the time the virus can stay in the environment, increasing the infection rate. The increased number of Covid cases in Delhi and Mumbai are already being linked to the higher pollution level of these cities. Pollution also affects immunity and lungs, thus placing the Delhi residents at higher Corona susceptibility and fatality risk.

What’s behind the Delhi Smog?

The trough like topography of North India and meteorological conditions set by winter season makes the pollution linger over it, creating the condition for Delhi smog. With the onset of the winter season, weather condition becomes conducive to pollution, as cold settles air closer to the surface (inversion), wind speed drops and moisture goes up — so the pollution is not dispersed. Diwali firecrackers and stubble burning which also occur in the months of October-November, become contributory factors to the smog, as they add on to Delhi’s pre-existing air pollution. As around this time the wind direction also changes to north-westerly, the stubble burning pollution is carried towards Delhi from its neighbouring states.

As the Government of Delhi, Punjab and at Centre, squabble over the contribution of stubble burning to Delhi’s smog — while the Punjab CM cited the findings of IISER, to state that stubble burning is not responsible for most of the Delhi’s pollution — a look at other studies on the matter is merited.

A recent study undertaken by IIT Kanpur and Delhi Pollution Control Board links contribution of PM 2.5 as 38% to road dust, 20% to vehicular emission, 11% to industries etc; with stubble burning merely adding on to the current load. Council of Energy, Environment and Water, a Delhi based think tank, which also arrives at similar figures, agrees that local sources and unfavourable meteorological conditions are the main factors behind Delhi’s air pollution woes; with transportation and road dusts as the biggest culprits. Massive Earth Foundation, another think tank, also undertook a research to find the impact of stubble burning, thermal power plants, Diwali crackers and broken transportation of the air pollution; and found vehicular traffic as the biggest culprit, which has shifted base line of air pollution in India from a desirable 60 AQI to unhealthy 200.

According to Government’s analysis of Delhi smog during 2019, the contribution of stubble burning was variable, only peaking at 44% once.

However, it will be pertinent to quote Supreme Court mandated agency, Environment Pollution (Prevention and Control) Authority (EPCA) on the issue, “even if it is not the only cause of pollution in the region, there is no doubt that the transportation of pollutants from burning fields is the tipping point that makes winter’s already unhealthy air quality into a public health emergency.”

The whole issue of stubble burning is based in structural fault in the Indian agriculture system, which promotes wheat and rice crops through assured MSP — even though India is the second largest producer of rice and wheat in the world, and a foodgrain surplus state. This is creating many ecological problems for Delhi’s neighbours — the erstwhile Green Revolution states, Punjab, Haryana and Western UP — like alarming rate of ground water depletion due to excessive water intensive crop of paddy and stubble burning. The use of combined harvesters for paddy which is common in these states, leaves behind a nine-inch stubble in the farm. Moved by the Government assured economic returns, farmers in these states sow wheat after paddy harvesting — the time duration between the two is a month or less; not enough for the stubble to decompose naturally, thus stubble burning, the cheapest option, is resorted to.

Not just is the stubble burning polluting, it is equally harmful for the soil itself, which loses most essential nutrients like organic carbon, nitrogen, phosphorus, potassium, sulphur with the burning of the stubble. The heat destroys the beneficial microflora and fauna from the soil and hardens it; thus affecting physical, chemical and biological attributes of soil making it less fertile and vulnerable to weed and drought.

The long term solution to the problem lies in crop diversification: a move towards less water intensive crops like soyabeans, pulses, corn — which are harvested by hand or can be harvesting mechanically earlier on, providing sufficient window for the residue to decompose before the next sowing. For the time being, the in-situ and ex-situ sustainable management techniques for crop residue are an alternative.

The Supreme Court (SC) has been quite proactive on the issue of air pollution in Delhi; closely monitoring the situation since last year, when it criticised Punjab, Haryana and UP Governments for failing to control stubble burning. In February, SC directed Central and Delhi Government to take strong measure for stopping stubble burning; and approved an action plan on the matter, based on the affidavit of Ministry of Agriculture — which included steps like setting up smog towers, smog guns in Delhi, and implementing other in-situ and ex-situ stubble management techniques which will be funded by Central Government and implemented by the State Governments of Punjab, Haryana, UP and Delhi. In September, the SC had rebuked the Delhi and Central Government for delay in setting up of the Smog Towers in Delhi. A few days back SC appointed former judge, Justice Lokur as one man committee to monitor stubble burning in Delhi, and its neighbourhood, and report to SC directly in 15 days.

EPCA is monitoring the implementation of the SC approved Action Plan, by the Centre and the States. It also suggests other measures to the States like setting up control room, obtaining undertakings from big construction projects and red and orange category industries on pollution. Central Government is experimenting with PUSA decomposer in farms in Delhi, Punjab, Haryana and UP. It is also funding Smog Towers, in-situ stubble management machines, farmer awareness campaigns and has set off 50 teams of Central Pollution Control Board for monitoring the situation in Delhi and its neighbourhood.

The steps taken by Punjab, Haryana and UP as reported to EPCA, mentioned in its last month’s report are: making in-situ stubble management machines available to farmers at highly subsidised rates through purchase by farmer directly, or on rental through village panchayats and Farmer Producer Organisations by setting up Custom Hire Centres. A mobile app is also being launched for creating awareness in the farmers about the scheme. Ex-Situ management steps are also being taken for converting stubble into bio-energy and power plants are being set up for the purpose.

Despite of these steps by the Central Government and the States, farmers especially of Punjab and Haryana are complaining about not receiving any help from the Governments, thus being forced to burn the stubble. Hence, the implementation of these schemes seems to be rather thin on the ground, also its being reported that the action against stubble fires has not been as widespread this year, as before.

Towards a Smog free Delhi

Delhi needs 65% reduction in PM 2.5 to meet the desirable national standard. The strategy for that has to be comprehensive and multi-pronged. First, adopting crop diversification, proper implementation of in-situ and ex-situ residue management policies by States, creating a market for crop residue, setting up crop residue collection system based on municipal solid waste collection system — thus giving alternative options to farmers to opt out of stubble burning.

Second, to fix Delhi’s broken public transport infrastructure. There has been four-fold increase in vehicles in Delhi between 2000-2018. The pandemic has further aggravated this trend, pushing up the purchase and plying of private vehicles on the road. Number of public buses in Delhi need to be ramped up, while creating smooth connectivity with the metro. Emission testing, which is only 25%, must be pushed up. More incentives on e-vehicles like waiver of road fee and low interest loans must be provided. Third, controlling the road dust by intensive roadside plantation of big crown trees, planting grass on the sideways and improved solid waste management.

The writer is a public policy analyst , and a lawyer, an alumnus of National Law University, Jodhpur