The untold story of a great life

The untold story of a great life 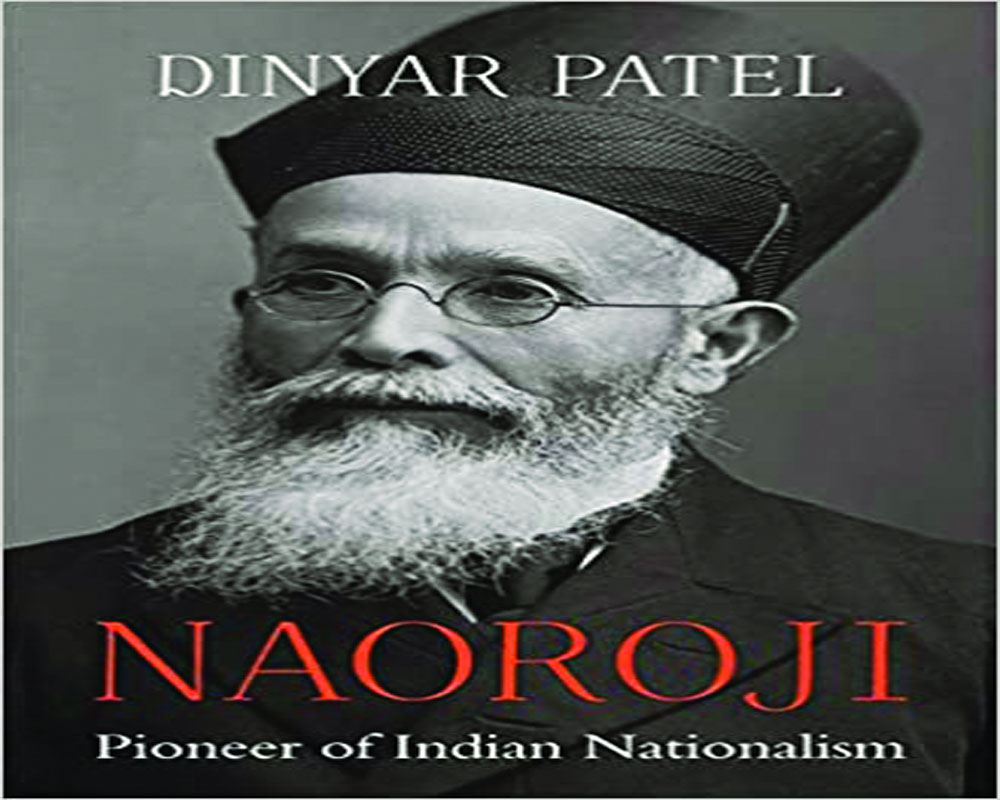 Naoroji: Pioneer of Indian Nationalism is the first authentic biography of the Grand Old Man of India that hits the bookshelves across the country 112 years after his death, writes Kumar Chellappan

It is said that history is written by victors. This is a refrain which some attribute to Winston Churchill. Though there are disagreements over who the author of this dictum is, it has been stated by many historians, archaeologists and philosophers that the power and mighty decide and manufacture history to suit their convenience. Hence robbers and dacoits get elevated as freedom fighters and great warriors.

India is a victim of manufactured history. Our political masters decided what the countrymen should and shouldn’t learn as history. Much has been written by S L Bhyrappa about the manufactured history from his personal experience. The Karnataka scholar has written a true account of how late G Parthasarathi, the advisor to former Prime Minister Indira Gandhi played a pivotal role in getting the Indian history re-written to suit the political convenience of his master.

Sir Henri Miers Elliot, English civil servant and historian who authored The History of India, As Told by Its Own Historians has stated frankly that his objective while writing history was to “make the native subjects of British India more sensible of the immense advantages accruing to them under the mildness and equity of the present rule”. Hence, he had quoted only those portions from Persian and Arabic works which make the Indians feel that they were better served by their colonial masters.

This has been reproduced by Dr K M Munshi, former union minister and founder of Bharatiya Vidya Bhavan, in his foreword to The History And Culture of the Indian People, the 11-volume series of the sub-continent’s story edited by the legendary R C Majumdar. The pattern was blindly followed by the brown sahibs who manipulated and mis-interpreted facts and documentary evidences to write history as per their whims and fancies. The result? Many fighters who fought from the frontline battles against invaders, colonial masters and thugs who robbed India of its spiritual and materialistic wealth ended up as unsung heroes and non-entities.

History students feigned ignorance when asked about Shivji Maharaj, Tatia Toppe and Chapekar Brothers of Pune whose names evoked respect, adoration and admiration throughout the sub-continent. Damodarpant Chapekar of Poona did not think twice before eliminating Walter Charles Rand, the special plague commissioner in Poona on June 22, 1897 when all pleas by the citizens to save them from the pandemic fell on deaf ears. Thousands perished in this pandemic which could have been averted had the British administrators showed some concern for Indian lives. This was the period before the advent of Mohandas Karamchand Gandhi, Vallabhbhai Patel, Jawaharlal Nehru, Subash Chandra Bose etc into the arean of the freedom movement. This was the era when the East India Company and the British colonial masters swindled India bare.

The shining star who led India’s quest for freedom from British exploitation and coined the term self-rule too died unsung — Dadabhai Naoroji (1825-1917). Other than unofficially honoring him with the title ‘The Grand Old Man of India’, the motherland is yet to give due recognition to this great son of the sub-continent who resembled a commander-in-chief of the Indian freedom movement while strategising and devising ways and means to liberate India from the shackles of slavery without shedding a drop of blood or sacrificing the lives of innocent agitators.

The sub-continent was blessed with a galaxy of stars like Dadabhai Naoroji, Gopal Krishna Gokhale (1866-1915) Bal Gangadhar Tilak (1856-1920), Chettur Sankaran Nair (1857-1934) who stood for liberating the country from the colonial masters using intellectual prowess and knowledge. There is a common thread which united these personalities who struggled for their objective before Gandhi and Nehru entered the scene. Their motto was to educate the masses, especially women, and take on the British from a position of bargaining power without giving them an option to boss over the Indians.

While we have sufficient literature about Gokhale and Tilak, there wasn’t much known published works on the life and times of Dadabhai Naoroji, born in a poor Parsi family in Gujarat and went on to emerge as a unifying force of the Indian National Congress in its Calcutta session in 1906. Had it not been Naoroji, the Congress would have split vertically in that session and subsequent the party would have disintegrated into factions and fractions.

It was Naoroji who set the Indian Independent Movement in motion by telling the world about the unashamed robbery committed by the British masters. Angus Maddison, the British economist who specialised in quantitative macro economic history found that India and China were the world leaders, contributing more than 40 per cent share to the global GDP before the Mughals and Britishers annexed the country. Maddison’s finding was sometime in 2006 as part of a project he undertook for the OECD and European Union.

But Naoroji had established through his research between 1867 and 1880 that Indian poverty and pestilence were the fall outs of the drain of wealth from India by the “European leeches”. He took the fighting straight to the lion’s den — Britain. The white men had no answer to the claims by the Parsi gentleman from Bombay. The story of Naoroji’s life and times has been retold in an immaculate style by Dinyar Patel, an Indian-born historian working as an assistant professor at the University of South Carolina.

Naoroji: Pioneer of Indian Nationalism authored by Patel is the first authentic biography of the Grand Old Man of India and it hits the bookshelves across the country 112 years after the demise of the protagonist. Dinyar Patel has done an excellent job in presenting to the new generation of Indians the period in which Naoroji lived and the challenges he had to face.

Between the late 1860s and the early 1880s, he produced a prodigious amount of literature — containing extensive calculations, international comparisons, compilations of historical evidence and refutations of government pronouncements and statistics — highlighting the stark impoverishment of Britain’s Indian subjects. Significantly, he established a direct link between poverty and British rule. “So far as my inquiries go at present, the conclusion I draw is that wherever the East India Company acquired territory, impoverishment followed their steps”, argued Naoroji.

Naoroji famously contended that the drain of wealth, whereby as much as one-fourth of the annual tax revenue raised in India, went into British coffers rather than being reinvested in the country.

This inference was not based on Government statistics. It was arrived at by the young students of Bombay’s Elphinstone College, the topmost of them being Dadabhai Naoroji, who occupies the numero uno place in the list of the College’s Distinguished Alumni. It was the education which he received from Elphinstone College which helped him to understand the truth that the provinces that had employed Indian bureaucrats were buffered from drain of wealth and were economically more robust than British India.

For Naoroji, national education meant mass public education. He dreamt of an India that was developed, progressive and prosperous as France which he visited in 1855 during his trip to the UK.

Patel’s book reads like the script of a film and he creates right in front of us a period in India, uncorrupted by digital technology and greed. It is an era of innocence and love the theme of which was Manav Seva Madhav Seva.