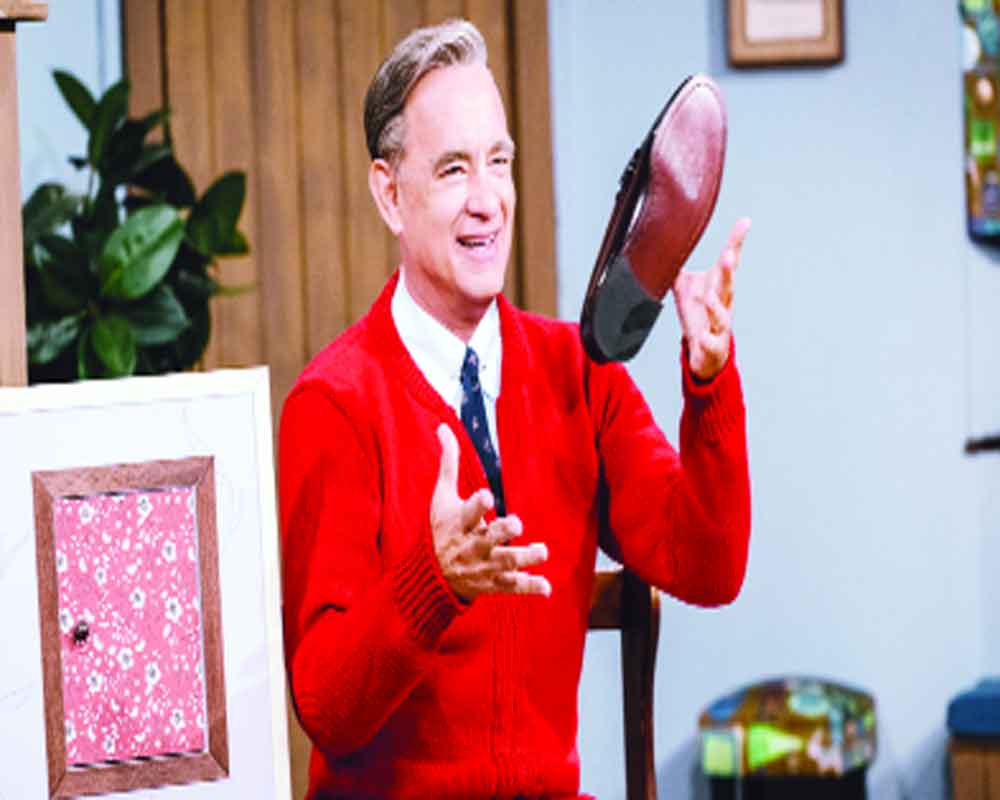 ‘Love for oscars never gets old’

Tom Hanks, who won two consecutive Oscars for Philadelphia and Forrest Gump in the ’90s. Tom is nominated for Best Performance by an Actor in a Supporting Role for Oscar 2020. On January 13, 2020 Tom Hanks received his first Academy Award nomination after 19 years for his portrayal of children’s television creator Fred Rogers in the drama A Beautiful Day in the Neighborhood.

On his nomination he said: ‘I’m honoured to be included with the calibre of actors such as Anthony Hopkins, Joe Pesci, Al Pacino, and Brad Pitt. It will be a grand night.’

On the movie, Tom Hanks estimated that he watched about eight million hours of Mister Rogers programming. “I saw every one that I could possibly see.” He explains: “this challenge was different….When you are not delivering a punch line and you're just trying to re-create who the man was, and the way the man thought, well, you end up starting over from whole cloth.”

The actor has won twice, but has not been nominated since 2001. The 92nd Annual Academy Awards is set for Sunday, February 9, 2020.

The video of the song will also feature actor and model Aashim Gulati of Hotstar’s Hostages fame along with Aastha Gill and D Soldierz, originally known as Punjab hip-hop artistes Lion and Xash. Directed by Sneya Shetty and written and composed by D Soldierz, this song was shot in Mumbai over two days.

“Hermosa means beautiful in Spanish. The song is about a mysterious beautiful girl who represents multi culture and cities. I am so thrilled on finally collaborating with my buddies Lion and Zash (D Soldierz) and my label Sony Music. And it doesn't end here, I also have Aashim Gulati, and together we promise to keep you grooving,” Aastha said.

Shirley Setia who will make her Bollywood debut with movie Nikamma opposite Abhimanyu Dassani has proved to be excellent in everything she tries her hand at.

The YouTube sensation recently took over the internet with her dance video on the trending song Muqabala with ace choreographer Vivek Dadhich. We love her stellar moves and cute looks, it’s surely a treat to watch out for. Shirley is versatile and never misses a chance to showcase her skills on social media. The singer has been making waves on various social media platforms with her melodious voice which garnered her with a lot of appreciation and love from the audience.

We are eagerly looking forward to the release of her debut movie which is slated to release on June 5, 2020.

Actor Raveena Tandon never fails to amaze fans with her diverse choices of roles, and while she still continues to rule the film space, she is also effortless dabbling into the TV and web space. Now the actor is all set to explore the web space, not only as a producer, but also a writer.

Raveena is writing and producing a web series under her home banner AA Films. The web-show will be in the psychological space and is based on the concept of split-personality. Talking about this new venture, Raveena says: “I am excited for the world to see a story that I have worked very hard for. This web-series is a gripping story that I have written and it will surely keep the viewers on the edge of their seat. Concept wise this web series is something very different I have tried, so I hope people love it.”

Well, no further details have been revealed about the show, but official announcements shall be made soon. And fans would surely be excited to see this storyteller side of Raveena. The multi-talented actress has had many interesting films to her credit, and now, it looks like she will also own the writing space with this web series.