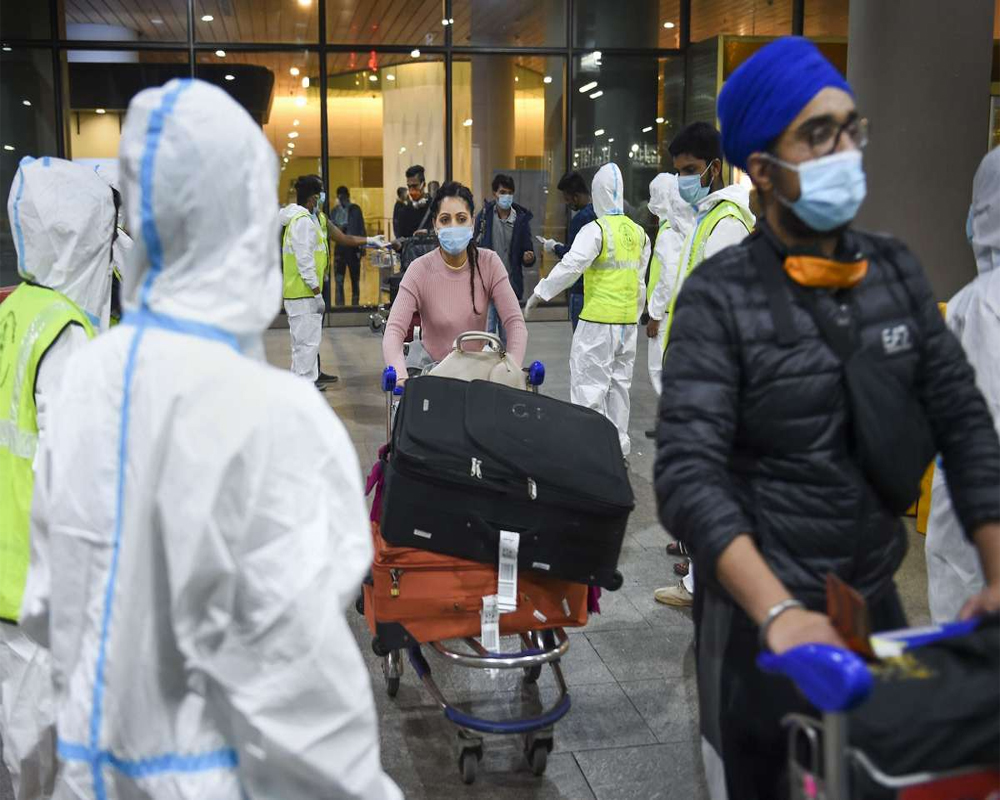 Six persons who returned to India from the United Kingdom have tested positive for the new UK variant genome of SARS-CoV2, the Union Health Ministry said on Tuesday.

It said the mutated UK strain was detected in samples in NIMHANS, Bengaluru, in CCMB, Hyderabad and one in NIV, Pune.

All these persons have been kept in single room isolation at designated health care facilities by respective state governments and their close contacts have also been put under quarantine, the ministry said.

"Comprehensive contact tracing has been initiated for co-travellers, family contacts and others. Genome sequencing on other specimens is going on.

"The situation is under careful watch and regular advice is being provided to the states for enhanced surveillance, containment, testing and dispatch of samples to INSACOG labs," the ministry said.

It is important to note that the presence of the new UK Variant has already been reported by Denmark, Netherlands, Australia, Italy, Sweden, France, Spain, Switzerland, Germany, Canada, Japan, Lebanon and Singapore, so far, the ministry said.