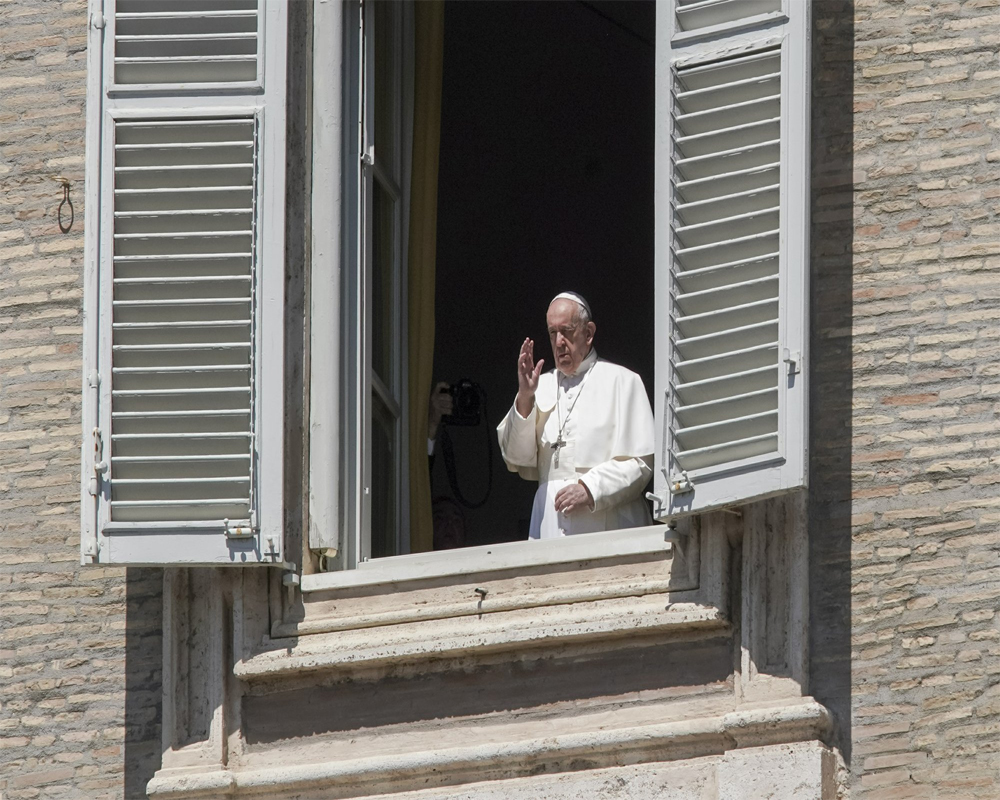 The Vatican says someone who lives in the same Vatican hotel as Pope Francis has tested positive for coronavirus, adding to the 11 cases of COVID-19 among the Swiss Guards who protect him.

The Vatican said Saturday that the resident of the Domus Sanctae Marthae has moved out temporarily and is in isolation, as are all the people who came into direct contact with him.

The hotel serves as a residence for Vatican-based priests as well as visiting clerics and lay people. Francis chose to live there permanently after his 2013 election, shunning the Apostolic Palace, because he said he needed to be around ordinary people.

The hotel has a communal dining room and chapel where Francis celebrates Mass each morning.

The Vatican, a tiny city state in the center of Rome, has beefed up its anti-COVID-19 measures amid a resurgence of the outbreak in Italy.

Protective masks are required indoors and out, but Francis has largely shunned them even when holding audiences with the public.

At 83 and with part of a lung removed when he was in his 20s due to illness, the pope would be at high-risk for COVID-19 complications.

Last week, the Vatican confirmed a cluster of 11 cases among the Swiss Guards, the tiny army of young Swiss men who serve as ceremonial guards at papal Masses, guard the Vatican City gates and protect the pope.