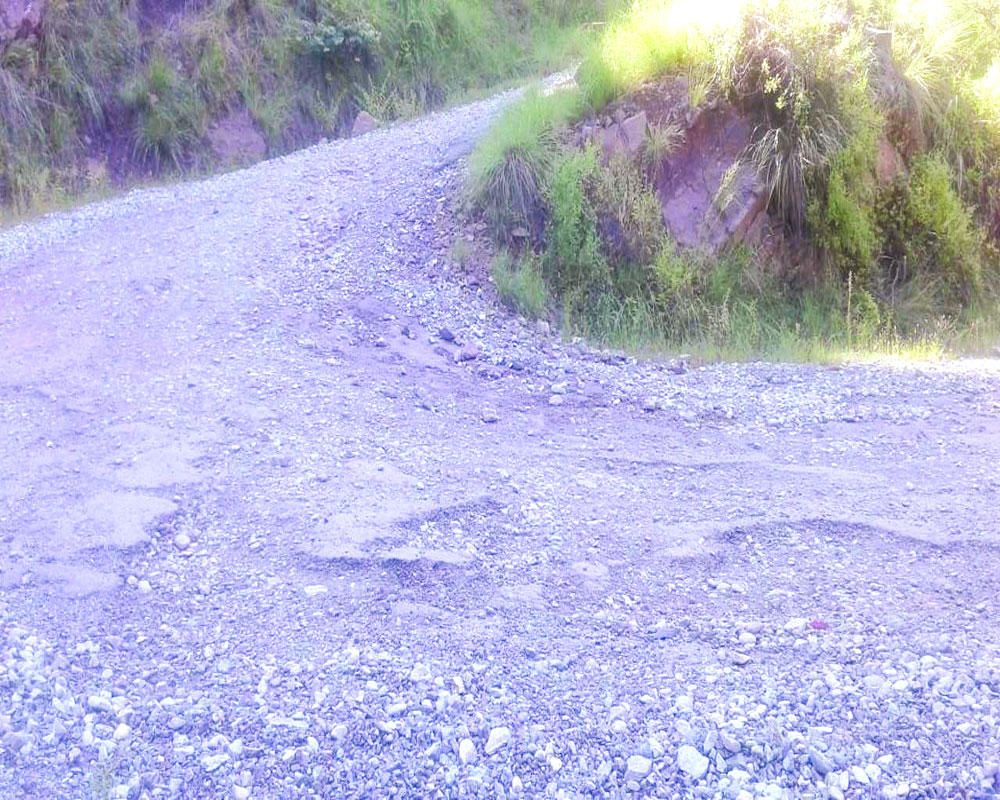 The residents of Poonch in J&K are awaiting the completion of a road that does not get washed away during the winter or monsoon, says Syed Basharat Ul Hassan Bukhari

In August last month, Jammu & Kashmir Chief Secretary, BVR Subrahmanyam shared that with the help of the centre, Jammu & Kashmir (J&K) and Ladakh UT administration are planning to connect all picturesque tourist resorts through a new 600 km-long highway circuit. The `8,000 crore road project will aim at connecting Gulmarg with Kargil and Drass in Ladakh making it favourable for the tourism industry in the region. The news certainly brings hopes for the residents of the two newly-announced UTs, especially the ones dependent on tourism for their livelihood. He also shared that the Jammu & Kashmir administration has intensified construction of rural roads. This statement, in particular, brought back hopes for thousands of residents of a distant village in J&K’s border district Poonch who have been waiting for a road for almost eight years now.

Located 250 km from Jammu, Poonch is known across the country for the cross-border conflict and the ceasefire violations. Located few kilometers from the main town, Khanetar village was awarded the status of a ‘Model Village’ in 2012. A village is categorised as a Model Village if it has adequate physical and institutional infrastructure, in which minimum needs of all sections of the society are fully met; they live in harmony with each other, as also with the environment. The village is known to be progressive and dynamic. One of the requirements under physical infrastructure is that the village should be connected to the nearest major road by an all-weather road. Likewise, in case of a multi-hamlet village, all hamlets should be connected with each other by an all-weather road. But in this Model Village of Khanetar, the expectations are way different from the reality in which there are no such model roads.

As per the villagers, in 2008-09, the administration had started the construction of a 12-kilometer-long road from the Tanda Sokha Choha in Khanetar till the Charon Gali in Mendhar block. An enormous amount of time was spent to cut the road, which was followed by the process of laying the blacktop. After completing mere four km, the construction came to a halt. It’s been almost 12 years, and the work on the remaining eight km is yet to be completed. The vehicles continue to run on the unpaved road jeopardizing the life of the locals.

Road travel in hilly region is already considered a risky task. This risk increases several folds during extreme weather conditions like rainfall and snowfall. Undoubtedly, this road has become a threat to the life of travellers. Water flows right through the middle of this road, making it difficult to spot the giant potholes. A few years ago, five lives were lost in an accident on this road. However, no action has been taken by the concerned authorities.

“Work on this road was started under the Public Works Department, Roads and Building Department and the National Bank for Agriculture and Rural Development (NABARD) scheme. The four km of blacktop road that was completed in 2016-17 has already worn-out and lies in a dilapidated condition. When we try to share the issue with the concerned departments, they tell us that they cannot do anything due to lack of funds,” shared Sarpanch of Dapriyan Khanetar Panchayat, Jan Bahad.

This path affects a population of more than 20,000 people and is considered to be significant in connecting people residing in remote corners of this mountainous region. “This is an important route connecting Mendhar Tehsil to Charon, thereby making it easier for the people to reach Poonch City Headquarters,” said Mohammad Arif Kohli, Panch of Dapriyan Panchayat. If the condition of the road is improved, then the lives of people living in distant and difficult areas like Kalaban, Kasbalari, Chhangan, Charon, Barela, Shindra Top and Pathana Teer will become less stressful. They will have access to health, education and other infrastructure available in city.

Nazir Ahmad, a driver by profession, while sharing his experience of driving on this dangerous road said, “Around 10 vehicles run from Tanda to Charon on this route and on an average, each vehicle needs repairment every third day. To repair the road, all the drivers have come together. In August, we had collected `35,000 and the basic work was done but soon the torrential rains that ravaged the entire city, mercilessly destroyed our efforts too.”

It’s not just the road, but in the absence of a bridge at the Tanda bus stand, vehicles have to wade their way through water and have to wait for long time due to high water level. Locals believe a bridge should also be constructed to ensure longevity of the road.

Many believe that roads and other ways of connectivity boost development in any region, particularly the mountainous ones. Here, more than the development, they make lives of the villagers a lot easier. The villagers of Poonch are awaiting completion of this road for the last 12 years. Now, as people welcome construction of highways connecting tourists to the unexplored beauty of this state, they are equally hopeful about the interest of the government in intensifying the construction of pending rural road projects. All they wish for is a road that stays with them for a little longer and doesn’t get washed away in the next monsoon or winter season.