A shot at stake

A shot at stake 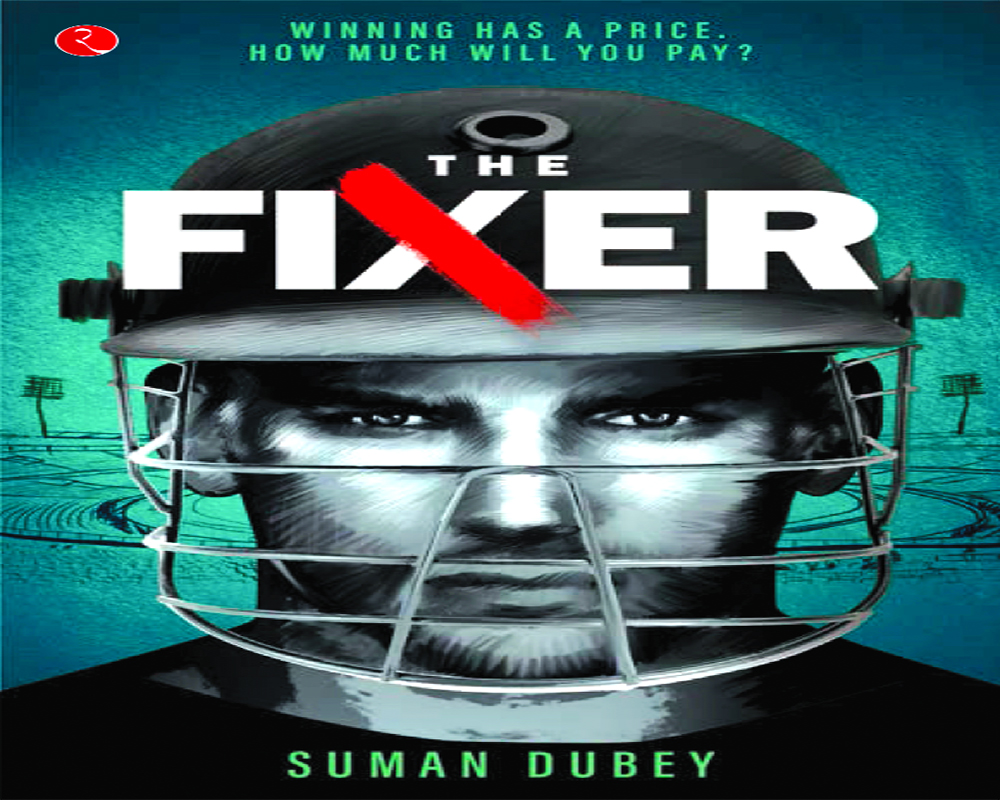 Author Suman Dubey’s debut novel, The Fixer, revolves around crime and power in the world of Indian cricket

Cricketer Neil Upadhyay could never imagine getting involved in match-fixing. Not after a 20-year career in Indian Cricket, sacrificing everything for it — his stake in a large family business, his loved ones, marriage and personal life. He had fought tooth and nail to coach his family’s cricket team in the glitzy new Indian Club Cricket League (ICCL). After winning the ‘ICC Emerging Cricketer' award at 19, Neil was expected to become the next Kapil Dev. But due to a major setback in his family business, his ambitions are blown, which leads him to make some unthinkable compromises, taking his dream team stand on the brink. Will he be able to salvage his reputation and attain victory?

Author Suman Dubey’s forthcoming debut novel, The Fixer: Winning Has A Price. How Much Will You Pay? narrates the tale of a cricketer-turned-fixer who finds himself up against the wall when his family business takes an unfortunate turn.

On the book’s trailer launch, director Sujoy Ghosh and cricketer-turned-commentator Aakash Chopra shared their thoughts on the book. During the chat, UnFixed Conversation, with RJ Rishi Kapoor, Sujoy, Aakash and Suman spoke about the plot of the book, the trailer and all things films and cricket.

Sujoy said, “After seeing the trailer, my first thought was, this is a screenplay for a thriller film and not a book! I observed that the book is more about the person and not the sport. Stories and films are based on emotional journeys, and this book is about the journey of redemption. This trailer gives the impression of Rocky (Hollywood film) on the cricket field. The plot of this book has great emotional value and has potential for a film or a web series.”

Talking about match-fixing, he added, “There’s something dark about any and every industry, including cricket. These things are part and parcel of life. We see it in the film industry as well. Both cricket and the film industry are very alike. I am as good or bad as the last film I made, just like how a cricketer is as good or bad as his last performance on the pitch.”

Aakash said, “Match-fixing is about honesty and ethics, and not about the money. I have seen so many players from humble backgrounds reporting being approached for match-fixing. While I may not be able to suggest the actors who can play the leading man, I would love to play a pivotal role, maybe as a commentator, if a film is ever made on The Fixer.”

Suman said, “I look at my book as a source of entertainment for my readers. I wanted to provide them with a sneak-peek of the story with a trailer. The most exciting thing about writing this book was that at one point, it felt like the main character took off on his own journey beyond my control. This journey of writing a fiction-thriller novel has been the most exciting experience for me as it combined my passion for observing human nature with my zest for storytelling.”

(Published by Rupa Publications, the book is available for pre-order in paperback and ebook. It will also be available online and in other book stores from October 26.)