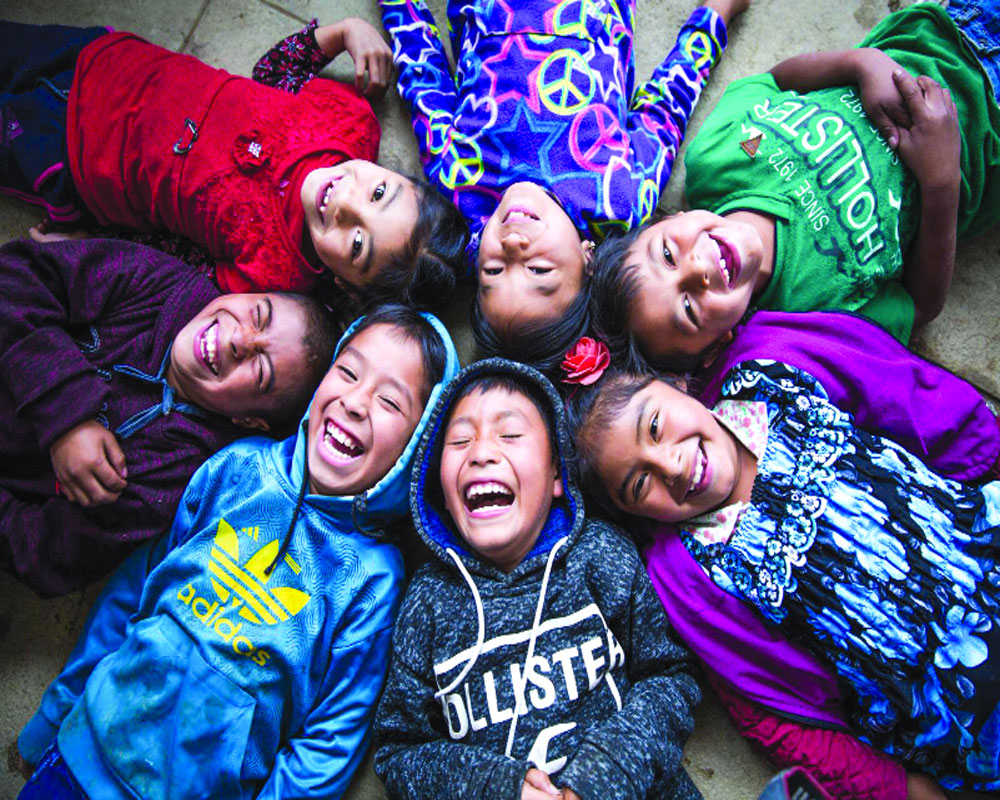 The Action for Equality programme makes adolescent boys aware about gender equity. It aims to bring about a change at various levels to create a more just and fair world. By Rucha Satoor

Vinayak Sonar is 14-year-old. Every day his friends visit his home to invite him for an evening stroll around the village — a regular ritual for this young group of boys. One day when the boys asked Vinayak to come along, something was different. His mother Chandrakala Sonar told them that he was washing utensils and will join them later. The boys burst into giggles as they heard this — a usual reaction for the boys (and men), who go against the gendered roles and participate in the household chores. Unaffected, Vinayak continued to contribute towards the silent revolution that adolescent boys in Pune’s communities are a part of — of moving from the belief of ‘protecting women’ to making the world a more gender equitable space.

Since 2019, Vinayak — a resident of Bhimtola, a low-income community in Pune, has been attending the Action for Equality (AfE) programme that aims at creating awareness and sensitisation about gender equity among adolescent boys. Organised once a week, this programme is delivered at three levels and is facilitated by a team of dedicated programme mentors of Equal Community Foundation. The team supports boys to bring about change at the individual, family, peer and community level in 20 communities across the city.

“During the initial days, I would miss classes as I was unfamiliar with the word ‘gender equity’ and had no idea about its importance in life. With time, my mentor, Sandeep Patil encouraged me and asked questions which made me curious. Gradually, the sessions became interesting because we shared a lot about our lives,” said Vinayak, who learnt about human rights through these conversations. The most striking right he identified was about how women often don’t get to exercise the right to leisure.

To work towards this right, his mentor shared, “Vinayak slowly started taking up small chores at home so that his mother could get some time for herself. He started folding his bedsheets, washing his undergarments and plate after meals. He also washed the vessels and sweeped the floor. Steadily, he started embracing household responsibilities.”

In the densely packed Bhimtola community, men washing vessels is more of an exception than a norm. However, he found an interesting ally at home — his father who works as an office assistant at a private bank. Inspired by his son and after learning from him about women’s right to leisure, his father started playing an active role in household chores — he now washes vegetables, makes his own tea and cleans the house while his wife runs a tailoring unit at home.

“What are human rights really?” asks Vinayak and then answers himself, “For me, it is not about restricting women from going out or stopping them from wearing the clothes of their choice to ‘protect’ them. Rather it’s about cooperating, taking responsibilities and having a dialogue with them where they are free to speak. It is not protection but collaboration.”

Vinayak has even started learning how to use a pressure cooker and make chapatis to ensure that his mother gets more time to focus on tailoring. He has also started showing interest in tailoring — seemingly a ‘women’s job’ and has learnt to sew ‘fall’ into saris and do small repair work on clothes. Seeing him take up the work, few customers expressed their concerns. However, Vinayak proves them wrong by doing a good job every time, with his mother’s support.

Can those who reject gender disparity in their own lives, look away from it in everyday interaction with their neighbours, communities and extended families? Well, it might vary from person to person. Ideally, no one should look away from it and rather try to address this deep and universal issue.

Before COVID-19 had hit the world, Vinayak and his friends witnessed unpleasant, everyday experiences of their female peers — be it in work or education. Building on these observations, their mentor, Sandeep helped them mold their thoughts into a street play. Last year, amidst the lanes of Bhimtola, these boys performed a play on women’s right to mobility. But no one attended. “It’s hard to have a dialogue with people who are keen on following their own belief systems,” Vinayak recollects. Not the ones to be disheartened, these boys went door to door, requesting everyone to join in. Upon their insistence, 70 to 80 neighbours turned up. As this group of adolescent boys talked about how women have lost the opportunities to play, work and roam around freely, there was a silence in the audience. The questions they raised forced people to think. Later, few members from the audience approached the group and expressed their concerns about women’s safety and education. Vinayak and his friends engaged with them, sharing their learnings and experiences.

At 14, Vinayak has taken definitive stands on household responsibilities and gendered roles. His mother is proud of having a son who’s her ally not just at work but within their home as well. Says Vinayak, “When my five-year-old sister grows up, I would want her to have all the opportunities in the world, like I did. Or maybe even more.”