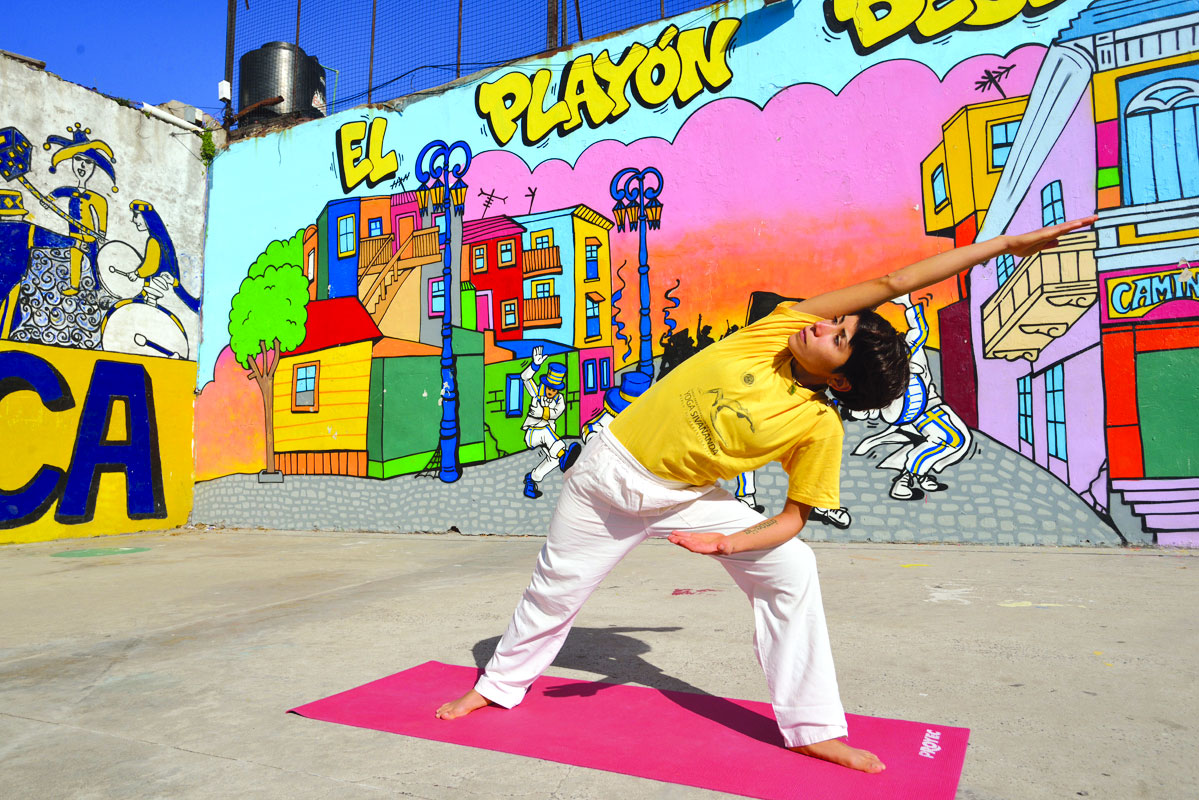 While shooting his film, Yoga for Health & Global Harmony, filmmaker, art historian and photographer Benoy K Behl realised that amidst all the noise and clamour of the material world, it is yoga that teaches us who we really are

Yoga is today proving useful to the modern society in many different ways. It is, of course, a path towards finding sublime unity of the body and mind with the spirit which is within us and pervades the whole creation. Simultaneously, it proves to be of immense help to the medical system, as well as, acts as an effective therapy in reform institutions and jails. Some of the countries most affected by violence and crime have been discovering the great value of yoga in rehabilitating themselves as their lives have been disrupted.

Sujata Chatterji and I have travelled across the world to shoot the film, Yoga for Health & Global Harmony, including in cities which have suffered from extreme crime and violence, such as Cali, Medellin and others. Yoga blossoms like a lotus flower, even in the murky waters of difficult and challenging situations. I might mention that I was also invited to give a lecture on it for the Head Quarters of the National Police of Colombia, at Bogota. It is fortunate that they are realising the importance of yoga and meditation for police officers, engaged in the most difficult tasks and against violent crimes.

In a world where strife and conflict has been growing, yoga has proved to be of exceptional value. It has provided solace to prisoners in jails.

In an interview with Danielle Doprado, Government of Sao Paolo, Brazil, he says, “The partnership between Sao Paulo and India is an amazing opportunity to bring yoga to the women, who are facing conditions of vulnerabilities, in prison.”

In another interview, Maria Adelaida Lopez, NGO Dunna, Bogota, Colombia, says: “In Colombia nowadays, we have around seven million victims of the armed conflict. Out of these, 70 per cent have lost their lands, houses, and henceforth source of income. We are convinced that yoga is a very useful tool for developing inner peace. We can not create peace in our society without inner peace.”

In an interview in the film, Dr Sat Bir Khalsa, Brigham & Women’s Hospital, Boston, USA, Yoga Researcher & Expert says, “A lot of people that have adopted the yoga lifestyle are much more environmentally conscious. They are much kinder, generous and embody gratitude and compassion in their lives. So basically it helps you become the best version of yourself. This transformation means better behaviour, better mental attitude and perspective in life. It means less violence, henceforth, less crime and less war. So, consequently, when you change the individual, you change the society.”

Yoga takes us back to who we really are. Amidst all the noise and clamour of the material world, it takes us to a peace, which can be found within us, to a stillness, a state in which we have gained mastery over ourselves.

At the end, the path of self-transformation is the reward of true knowledge. When we would be deeply aware of our oneness with all that there is, only then we would have achieved the state of yoga.