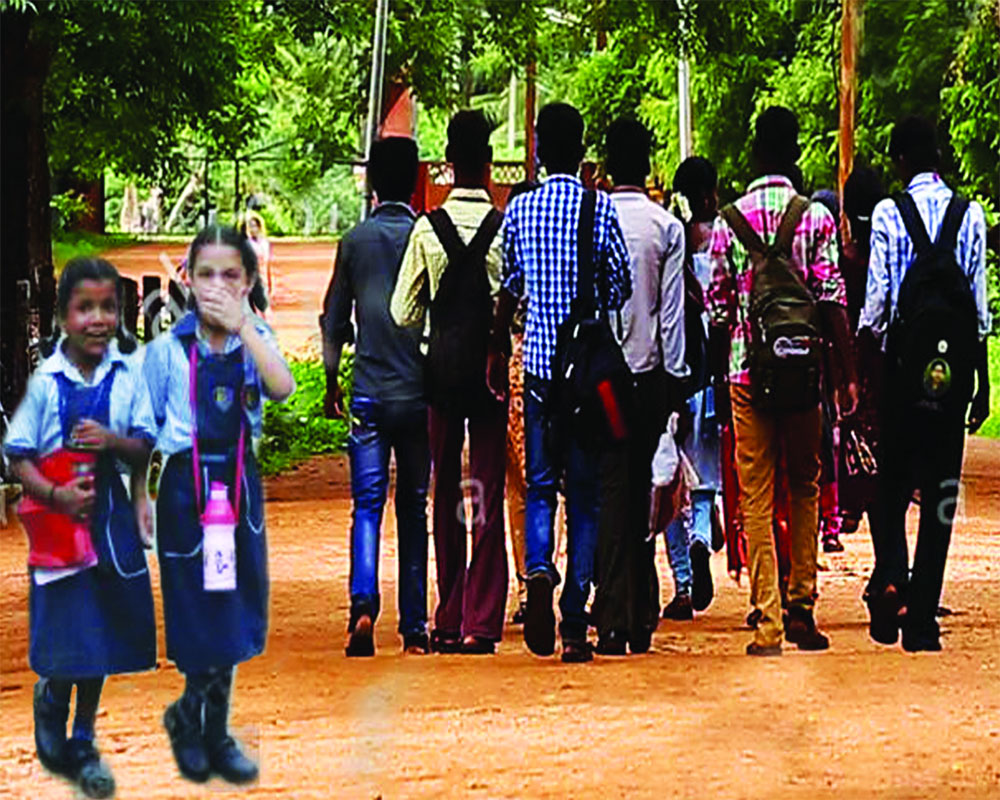 Apart from the fiscal expectations from Budget-2021, the educationists want more autonomy in developing regulations, norms and standards for schools

The stakeholders of school education are anxiously waiting to see what the Union Budget of 2021 has in store for the stratum. Since we have got a new National Education Policy in July 2020 (NEP 2020), it is expected that funds will be allocated for the establishment of a statutory body by the name of School Education Commission (SEC) for streamlining the schooling sector, and that there will be rational disbursement of the budget pie. The NEP may not be able to bring about any positive difference in the absence of a professional body for running schools across the nation. It is expected that Union Finance Minister Nirmala Sitharaman will consult educationists from the higher and school education fields separately and then reach a decision rationally.

We have been examining the various education boards for assessing and certifying learners for the secondary and senior secondary levels. The Central Government has two boards — the Central Board of Secondary Education (CBSE) for general students and the National Institute of Open Schooling (NIOS) for non-formal learners. Most States in India have their own examination board for assessing and certifying learners in their State. The mandate of the boards is to conduct examinations and certify the students taking the tests. These boards are not academic bodies which have the domain knowledge to design and develop curriculum or textbooks. The CBSE also assesses learners for admission to technical institutes. Some State examination boards as well as private institutes conduct entrance tests for admission to technical colleges of their respective States.

It is apparent that these boards are established to conduct examinations but they are not organisations with the academic domain knowledge which can help them decide about the academic content and the norms of these examinations. To decide on the content and pedagogy, we have the National Council for Educational Research and Training (NCERT) which is an “autonomous” but subordinate body of the Ministry of Education (MOE). The NCERT works under the direct supervision of the Education Ministry. Since it may not be prudent to comment on the functioning of the NCERT, suffice it to say that we have not been able to produce children who feel proud of our country and wish to serve this great nation.

According to a recent report, most board topping students are settled abroad. The first desire and dream of every school pass out, it seems, is to migrate to a developed country. The design of curriculum and the curriculum framework, one of the major responsibilities of the NCERT, is definitely under question. Similarly, the research on schooling, another major responsibility of the NCERT, is questionable.

None of these organisations is a “statutory” body, so the norms designed by these are not mandatory for enforcement by the rule of law. We need a statutory body (created by an Act of Parliament) to decide on the regulations related to schools.

It may not be incorrect to say that overall, the Government schools have not performed well, with the exception of the Kendriya Vidyalayas (KVs) and the Jawahar Navodaya Vidyalayas (JNVs). From time to time, a few Government schools in some States show promise but, with the passage of time, they again plunge into mediocrity as the administrator is transferred out. The first choice of most parents invariably is a private school for the education of their children.

The Governments make their own norms and implement them through their own schools but they have failed to compete with the private schools. The expenditure per child in an average Government school is much higher than per child studying in private schools; however, the learning outcome is quite the opposite.

In other words, the Government has not provided a level playing field for all schools. There should be an external agency which should decide on the norms and standards and force the Government as well as private school managements to adhere to the regulations. The system of the Government being both the regulator and the player has resulted in the failure of the public school system. The countries with the best performing schools — like Finland, Sweden and Norway — have least Government control. The school regulators in the best performing countries are completely autonomous.

We are all aware that a major reason behind establishing the UGC was rational disbursement of the “grants”. If the disbursement of grants needs rationalisation in higher education, then why is it not the case in school education? Some States have raised the issue of disbursement of funds for school education, which is done through the Programme Implementation Committee (PIC) of the Ministry of Education, Government of India, and called it “arbitrary and politically motivated”. We have often brushed this demand under the carpet but we need to seriously think about it if we need good education to reach down to the last child.

It is not suggested that the Government’s control should be completely withdrawn but there must be autonomy in developing regulations, norms and standards, which can be enforced upon the Government and private schools alike.

In a recent judgment, the Allahabad High Court (Writ — Case No. — 19287 of 2020) has pronounced a verdict against the decision of the CBSE not to permit change in name, saying: “…the Rules as framed by the CBSE do not have any statutory flavour and cannot be considered to be the ‘law’ as required for placing reasonable restrictions on the rights enshrined under Article (19)(1)(a), in terms of Article (19)(2) of the Constitution of India.”

Therefore, autonomy from the Government’s interference is required but, at the same time, there should be regulations in place which give freedom to the teachers and principals of private schools to work in an “exploitation-free” environment. The teachers and principals in a large number of privately managed schools (and some Government schools as well) work under severe exploitative conditions. This will end only if there is a statutory body to regulate the schooling system. This may not suit the political party in power but this is urgently and desperately required to build a strong nation. It is expected that the Union Finance Minister will consider allocating a separate Budget for the establishment of the School Education Commission in the upcoming budget and mark a landmark change towards formulating a Bharat-centric education.

(The author teaches at the School of Education, IGNOU. The views expressed are personal.)