Afghanistan: How Did They Think It Would End?

Afghanistan: How Did They Think It Would End? 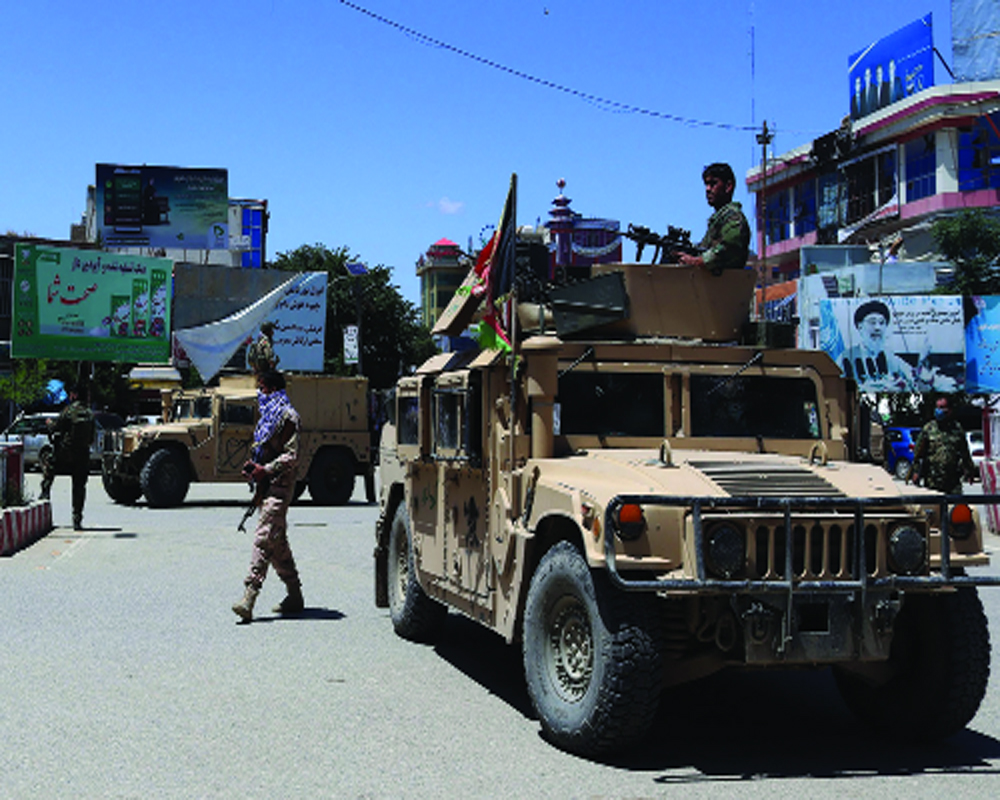 I will never kneel before such a destructive force (as the Taliban),” declared Ashraf Ghani, the soon-to-be ex-president of Afghanistan. “We will either sit knee-to-knee for real negotiations at the table, or break their knees on the battlefield.” Good luck with that, Ashraf.

General Sami Sadat, still commander of Helmand province as I write this (although perhaps not by the time you read it), was equally confident, but warned that the safety of the world is at stake: “This will increase the hope for small extremist groups to mobilise in the cities of Europe and America, and will have a devastating effect on global security.”

And how did it all come to this? Ashraf Ghani pointed out that it is obviously America’s fault. “The reason for our current situation is that the (US decision to withdraw) was taken abruptly,” he told parliament on Monday.

Well, fair enough. US forces have been in Afghanistan for a bare twenty years and the treacherous cowards are already quitting. Donald Trump signed a treaty with the Taliban eighteen months ago promising that all US troops would leave Afghanistan by the 1st of May this year. Short notice indeed.

I’m tempted to go back into the archives and find similar brave declarations of imminent victory by South Vietnamese generals (followed by similar predictions of global disaster if they are abandoned) in the final weeks before the helicopters started plucking Americans from the US embassy roof in Saigon in 1975. But it’s a nice day and I can’t be bothered.

President Ghani, General Sadat, and all their friends are reading from the same old script, just 46 years later, and once that final scene has played out in Kabul they’ll go and live in the United States. (Don’t worry. They’ve saved up enough money.) The only real surprise here is how thoroughly Western armed forces managed to forget their own history.

I’m not talking about the old history, when three invasions of Afghanistan at the height of British imperial power (1839-42; 1878-80; 1919) all failed to achieve their objectives.

I’m not even talking about the Soviet occupation of Afghanistan in 1979-89 when the United States helped the Taliban and similar Islamist groups to do to the Russians exactly what the Taliban have now done to the Americans themselves.

The problem there was that Americans did not see Russians as Western, although viewed from a low orbit they are virtually identical. US generals, therefore, believed that some essential difference between the two armies protected American troops from the fate of the Russians.

Never mind all that. The really unpardonable mistake was forgetting all the lessons Western armies had learned from a dozen lost guerilla wars in former colonies between 1954 and 1975.

France in Algeria and Indochina, Britain in Kenya, Cyprus and Aden, Portugal in Angola and Mozambique, the proxy wars in Rhodesia and South-West Africa (as they were then known), and the United States again in Indochina. All the wars were lost, and yet the defeated imperial powers didn't  lose anything except face.

Western armies really did learn the lessons of those defeats. As a young man in the 1970s I taught military history and strategy in the Canadian Forces Staff College and then at Britain’s Royal Military Academy at Sandhurst. The doctrine I taught was a) Western armies always lose guerilla wars in the ‘Third World’, and b) it never really matters.

The Western armies lose no matter how big and well-equipped they are because the insurgents are fighting on home ground. They can’t quit and go home because they already are home. Your side can always quit and go home, and sooner or later your own public will demand that they do. So, you are bound to lose eventually, even if you win all the battles.

But losing doesn’t matter, because the insurgents are always first and foremost nationalists. They may have picked up bits of some grand ideology to make them feel that ‘history’ is on their side - Marxism or Islamism or whatever - but all they want is for you to go home so they can run their own show. They won’t actually follow you home.

By 1975 this hard-earned wisdom was the official doctrine in almost every army in the Western world, but military generations are short. A typical military career is only 25 years, so by 2001 nobody remembered it. Their successors had to start learning it again the hard way. Maybe by now, they have.

(Gwynne Dyer's new book is 'The Shortest History of War'. The views expressed are personal.)