Changes in RTI Act are need of the hour

Changes in RTI Act are need of the hour 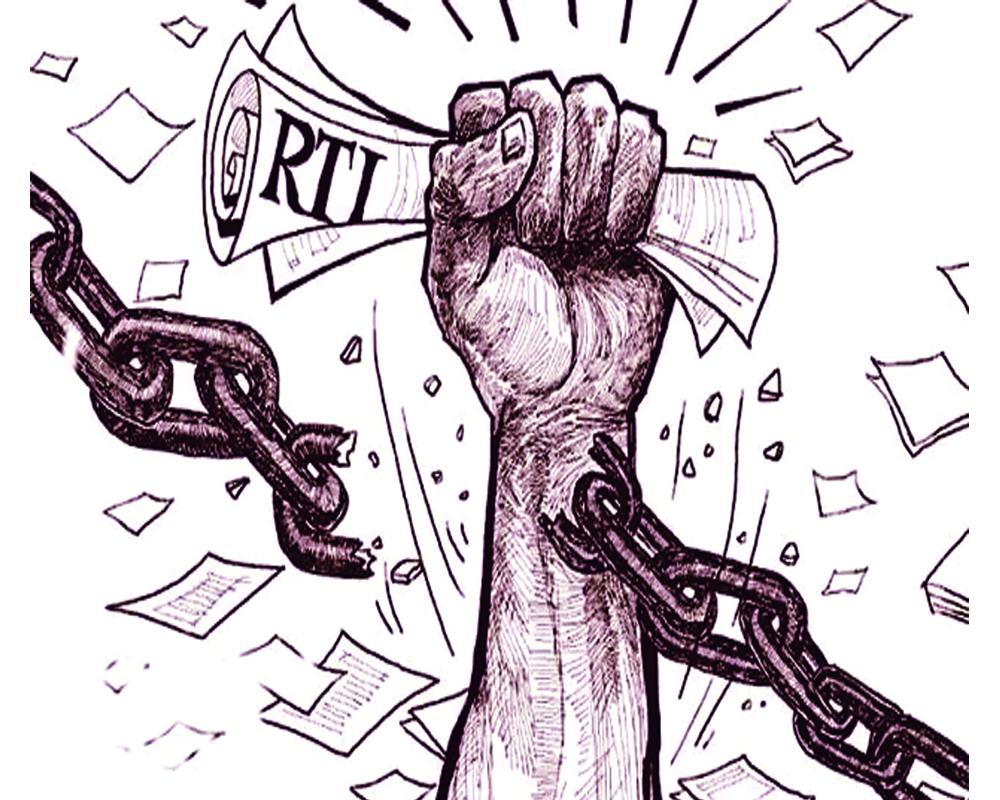 The Constitution-bench verdict dated November 13, 2019, of the Supreme Court declaring even the office of Chief Justice of India as public-authority under RTI Act has been welcomed, but may not serve the purpose till the Union government takes more corrective measures.

The remedy is that the government by notification may declare all public-private-partnerships, sports-bodies, cooperative-societies and other such bodies, public-authorities under the RTI Act. Land and Building Departments of central and state governments should study all cases of allotment of land or government-accommodations at subsidised rates or lease, and declare all these as public-authorities under the RTI Act.

However, effective steps should be taken to prevent misuse of the RTI Act, which will be a boon to genuine information-seekers by drastically reducing pendency at Information Commissions apart from saving man-hours and expenses for both the public-authorities and the petitioners.

Basic RTI fees should be uniform throughout the country

Section 27 and 28 of the RTI Act give power to Competent Authorities and state-governments to draft their own rules which include fixing of RTI fees and mode of payment of RTI fees. Several Competent Authorities and states misused their power by having RTI fees as high as rupees 500, which in fact was aimed to discourage the RTI Act. Several states fixed RTI fees for filing First Appeals also. However Supreme Court in its verdict dated March 20, 2018 on a petition filed by Common Cause imposed a capping of Rs. 50 to be maximum RTI fees.

India should be governed with the principle "One Nation - One Rule" at least in respect of RTI fees and its mode of payment. Best is to club copying-charges of first twenty copied with basis RTI fees of Rs. 10 (for Central public-authorities) thus making Rs. 50 as uniform RTI fees throughout the country inclusive of charges of first twenty copied pages. That will largely prevent misuse of RTI Act just for sake of fun or publicity. There must not be any fees for filing First or Second Appeals. Such a system will not affect poor persons below poverty line (BPL category) because they are already exempted from paying RTI fees. However, to prevent big contractors and others misusing the provision by filing RTI applications under names of their workers of BPL category to get copying-charges in thousands of rupees waived off, persons under BPL category may be required to pay copying-charges for copied pages exceeding twenty.

There is a need to accept repeated CIC-recommendations for issue of RTI stamps. Handling the cost of a postal-order of value Rs. 10 costs the postal-department about Rs. 50 with cost of handling of postal-orders by a public-authority and bank-clearing even extra. The best remedy to overcome the situation is to accept frequent CIC-verdicts and administrative-request of CIC by postal-department to issue special RTI stamps (like earlier stamps for payment of licence-fees of radios and TV sets) in denominations of Rs. 2, 10 and 50 which will save crores of rupees annually to public-exchequers in using postal-orders as mode of payment of RTI fees.  These RTI stamps should be conveniently available at all post-offices and counters of public-authorities and other convenient sale-points.

This will tackle the situation where public-authorities like National Green Tribunal (NGT) refuse acceptance of RTI fees in cash with nearby post office at Baroda House not selling postal orders thus putting RTI applicants in big difficulty.

The order of the Punjab and Haryana High Court to make ID proof compulsory with every RTI application, First Appeal and petitions before Information Commissions must be implemented. The Department of Personnel and Training should issue a circular in tune with para 23 of verdict dated  November 2, 2012, in the matter-Fruit and Vegetable Union versus Unknown (CWP 4787 of 2011) which requires ID proof compulsory to be attached with every RTI application, First Appeal and Second Appeal or complaint filed with Information Commissions. Already the aspect has been adopted in  Odisha. Those who do not want to disclose their identity can file RTI applications through post-box hired at some post-office.

There has to be uniformity in websites for filing online RTI applications necessary. Only websites uniformly designed by National Informatics Centre should be mandatorily for all states. This has become necessary for state like Odisha that has made online filing of RTI applications a mockery when it is compulsory to download online-filled RTI application and then send it by post to the concerned department. If such is the case, then there is no utility of having a useless portal for filing online RTI applications. Furthermore option-list for payment does not include even all the public-sector banks. Website designed for DoPT is an ideal one, and should be compulsorily followed by all states.

Public-authorities are being misled by private firms to train officers for the RTI Act. Some organisation named Institute-Of-Public-Administration IPA has been sending letters to all public-authorities coming under purview of the RTI Act regarding holding paid two-day workshop on charging rupees heavily to the tune of Rs. 20,000 for local public authorities and Rs. 40,000 for outside-participant with spouse. Drafting of invitation-letters looks like that of some government-authorised body like Indian-Institute-Of-Public-Administration IIPA. Many public-authorities confusing the letter as if sent from a government-authorised have been sending participants to attend RTI-workshop at cost of public-exchequer. The DoPT, Central Information Commission CIC and Indian Institute of Public administration IIPA should immediately take cognizance of the matter to prevent such tactics to mint money by private bodies.

(The writer is RTI consultant holding the Guinness World record for most letters published in newspapers. The views expressed are personal.)