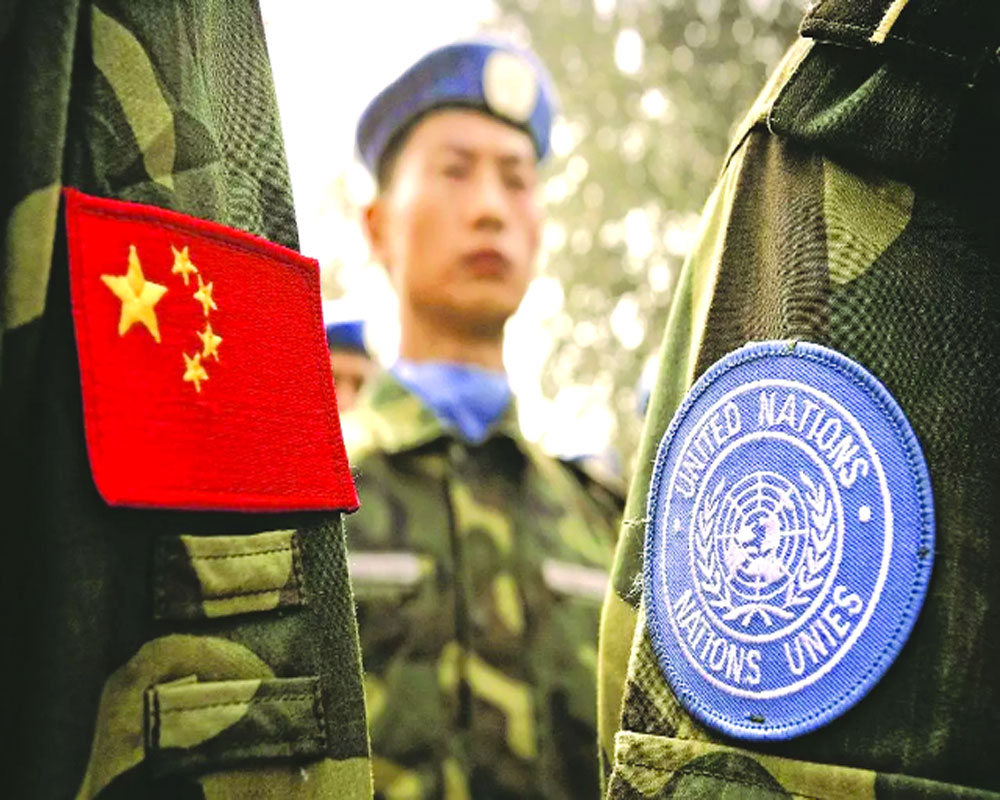 A forward-looking United Nations, which will ‘save succeeding generations from the scourge of war', is sine qua non

On June 23, 2019 in Rome, at the headquarters of the Food and Agriculture Organisation (FAO), the UN's systemic flaws became apparent. The election of the Director-General of FAO served as a grim reminder of the extent to which China had gained ground. The race for the top job ended in a stinging defeat for the US and the EU as Beijing's candidate, Qu Dongyu, won by an overwhelming majority (108 out of 191 votes). The US-backed Georgian candidate received just 12 votes against an expectation of 60.

This over-estimation of its influence in an organisation it co-founded should be the driving force for the USA to create an alliance of other liberal democracies like India to bring about long-pending changes. Beijing's alleged tactics were indicative of its influence across various levels of the UN bureaucracy. From bullying nations by using strong-arm tactics to spending lavishly on buying influence to currying favour with other member-states, Beijing used all possible options.

Beijing's enormous leverage in Africa allowed it to bulldoze the candidature of Dongyu. Cameroon's candidate, Medi Moungui, bowed out of the race less than a month after Beijing waived off $78 million of its loans to the Central African country. The USA lost since it was unable to gauge the extent to which China had been able to successfully game the system.

As China's clout in these global agencies stood out, so did its modus operandi. China's disproportionate influence came without commensurate spend. A 2017 Brookings study that analysed grants to 53 multilateral agencies during 2014-2016 showed that of the total annual funding of $63 billion, the USA contributed $ 14.1 billion -- 22 per cent of the total. The UK came next at $7.6 billion accounting for 12 per cent of the total funding, followed by Japan with $5.4 billion, and Germany fourth with $4.4 billion. In comparison, China's contribution was a little over $1 billion. So, the UK, which has one-sixth the GDP of China, gave seven times more in grants to these institutions and had much less representation than Beijing in these agencies. Broken down on the basis of funders relative to the organisation (23 largest organisations were taken for this), the data sheds light on how easily Beijing was able to sidestep its role in global efforts to address mankind's most vital concerns. The data shows that China's contribution was less than one per cent in a dozen agencies.

The UN needs to reflect the world politics of 2021 and not of 1945 and must pave the way for the capabilities of major players like India and Japan to be leveraged in a bigger way. The developments in the Indo-Pacific and China's increased sabre-rattling have acted as a catalyst to start the process of reforming the UN. In response to these new global realities, countries are now moving towards unilateralism, populism, and nationalism, at the expense of multilateralism, pushing the UN towards oblivion. Only a revamped UNSC is capable of restoring its credibility in ensuring that the rule of law is protected and honoured. A forward-looking UN, which will 'save succeeding generations from the scourge of war', is sine qua non. Despite its many imperfections, the UN continues to be the only port of call for many countries.

It is a given that China will influence multilateral decisions on issues that have far-reaching impact. To limit Beijing's ability to influence outcomes by working different levers of decision making, major powers like the USA, India, the UK, France and Japan must focus on building issue-based consensus. On some of the existential threats, the general body could be given more powers to empower nations to arrive at a consensus, without undermining the veto power of P5. Decision-making in global institutions needs to be more transparent and accountable. The USA can build pressure on China and Russia with the help of its allies and partners like India to start a narrative isolating the two authoritarian states.

While there have been several attempts in the past to realign the global body, the present flux in the Indo-Pacific, the heightened uncertainty after the USA's withdrawal from Afghanistan and continued aggression against Taiwan should strengthen resolve to act.

In 2019, the UN celebrated its 75th birthday and took pride in reducing the number of people in abject poverty under the previous Millennium Development Goals. For the organisation to celebrate its centenary year, it needs to keep the "fox away from the hen house".

(The writer is a senior journalist and author of “Blinkers Off, How Will The World Counter China”. The views expressed are personal.)