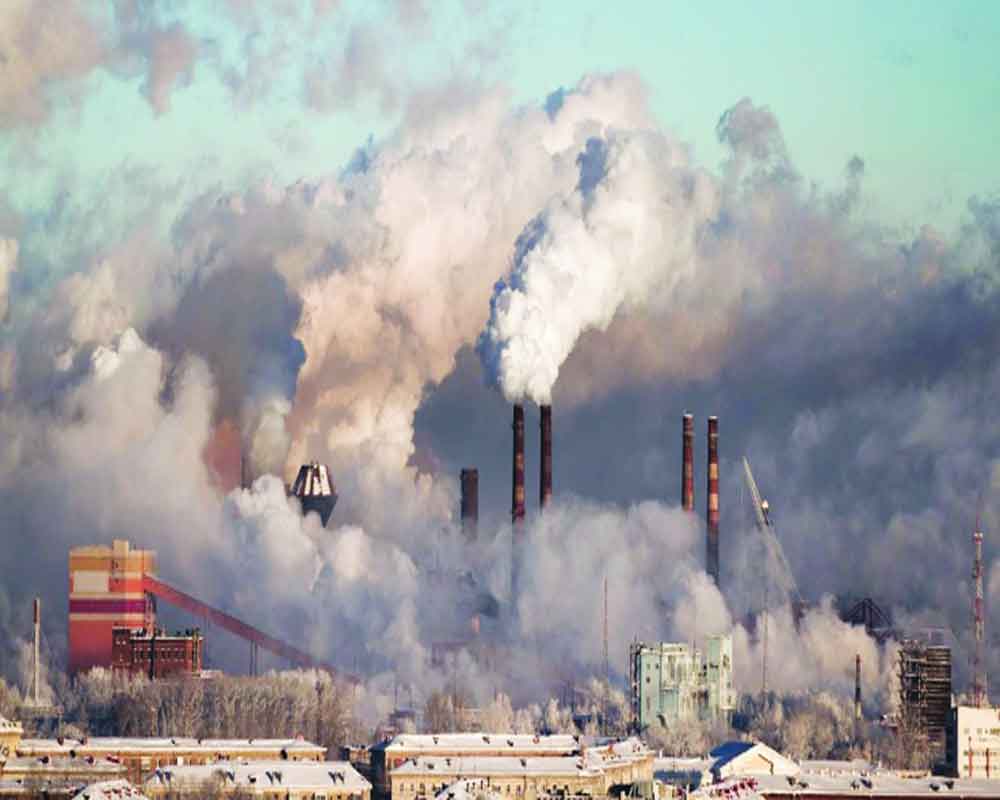 Singling out coal won’t serve the purpose. India’s argument that other fossil fuels used by the rich nations are equally responsible for emissions is logical

Recently the United Nations Environment Conference ‘COP 26’ concluded in Glasgow, UK. India was praised at this conference, for Prime Minister Narendra Modi’s "Panchamrit" commitment for safe environment. Today’s environmental crisis is actually linked to the existence of humanity. The devastation caused by the changing climate is now affecting the common man all over the globe.

Cloudbursts in the Himalayan region of Uttarakhand, excessively low rainfall in some regions and excessive rainfall in some others, and resulting droughts and floods, and causing diseases and resulting in climate change inducing natural calamities, all are impacting lives in the country today. Globally, life on small islands is endangered due to rising sea levels. Environmental hazards are also becoming the cause of large-scale displacement. If we do not rise to the occasion, this earth will not remain a habitable place in the next few decades.

In view of this concern, environmental conferences are being organized under the auspices of the United Nations annually since 1994. These conferences are also called ‘United Nations Framework Convention on Climate Change’. At the Environment Conference held in Kyoto, Japan a treaty was signed, known as the ‘Kyoto Protocol’, (with amendments in Doha’s Environment Conference in 2012), according to which countries announced targets to reduce their emissions of greenhouse gases. The ‘Kyoto Protocol’ was the last such agreement in which developed countries accepted their responsibility to reduce the emission of greenhouse gases emissions; and the less developed and developing countries were exempted from the responsibility of reducing the emission of these gases for some time.

After the 2015 Paris’s Environment Conference, India, with a liberal change in its earlier stance, unilaterally pledged to reduce emissions of greenhouse gases and made it clear that India would not only live up to its ambitions but also raise the same. But India had also made it clear that developed countries should desist from blaming India for environmental degradation or global warming. The reality is that if seen from the historical perspective, today the world is suffering the consequences of what happened in the last 100 years. Whereas the United States is responsible for 40 per cent of greenhouse gases emissions, Europe’s and China’s contribution is 10 per cent and 28 per cent respectively, India is responsible for merely three per cent for these emissions.

India had said that while the rich countries are responsible for a major part of the emissions, they had not lived up to their promise, made in Copenhagen, to provide $100 billion to the developing and least-developed countries to deal with the environmental crisis. Moreover, given the magnitude of the problem and the efforts needed to deal with the same, even $1 trillion may fall short of the requirement. Unfortunately, there is no reference to the commitment of $100 billion in COP26’s final document. Rather, all efforts are being made to put the blame on India for the environmental crisis due to over usage of coal. In the draft of the final document of the Environment Conference of Glasgow (UK), the rich countries included the condition to phase out of coal in the draft declaration, and when India refused to accept the same, a campaign was started in the western media to defame India that it is becoming an obstacle in the way to solution of environmental crisis.

Whereas the media in the west is trying to portray India as the villain of the environmental crisis for not accepting the condition to phase out coal usage in the final document, countries like the US, Europe and China, who are main culprits, are nowhere close to being held responsible. We need to understand that singling out coal will not serve the purpose. India’s argument that other fossil fuels like petroleum and gas are equally responsible for emissions is a logical one. However, since the US and Europe have an advantage in using them (petroleum and gas), there is no mention of reducing emissions from these fossil fuels in the final document, which is downright unfair.

Today, when the developed countries are calling India a hindrance to the environmental treaty, they have to introspect and realize that the reason for the present environmental crisis is the uncontrolled consumption by those countries, which is reflected in the fact that the US and Europe alone — where only 14 per cent of the total world’s population lives — account for 50 per cent of the greenhouse gas emissions in the last 100 years.

Not only this, even today the per capita emission of greenhouse gases in India is only 1.77 metric tons, while in America it is 14.24 metric tons and in England it is 4.85 metric tons, and in China also the per capita emission of greenhouse gases is 7.41 metric tons. The main reason for excessive greenhouse gas emissions in developed countries is wasteful and irresponsible consumption, which is due to their lifestyle. Developed countries today are not ready to concede that the present environmental crisis is due to their stubbornness to not change their lifestyle. The people of these countries and their leadership will have to realize that they have to control their consumption to overcome the current environmental crisis. Whether it is the goal of not allowing the world’s temperature to rise more than 1.5 degrees from the pre-industrial level, or the reduction in smoke, the only solution is the control of consumption, for which the developed countries have the main responsibility.

Apart from this, the efforts made by developing countries and underdeveloped countries like India to reduce the emissions of greenhouse gases and global warming will require the use of technology. This technology is available mainly with the developed countries, which they want to share only for a hefty price. On the other hand, developing and underdeveloped countries will have to increase the use of renewable energy such as solar energy, wind energy,  etc., for which they will need more investment and technology. The need of the hour is that if the earth is to be kept habitable, the developed countries have to make available their resources and technology for it, rich countries will have to come out of their colonial mindset, that they are the rulers of the world and can do anything they desire. It should not be forgotten that heat emanating from global warming will not spare even these rich countries.

(The writer is a Professor in PGDAV College, University of Delhi. The views expressed are personal.)