Deforestation in India during British rule

Deforestation in India during British rule 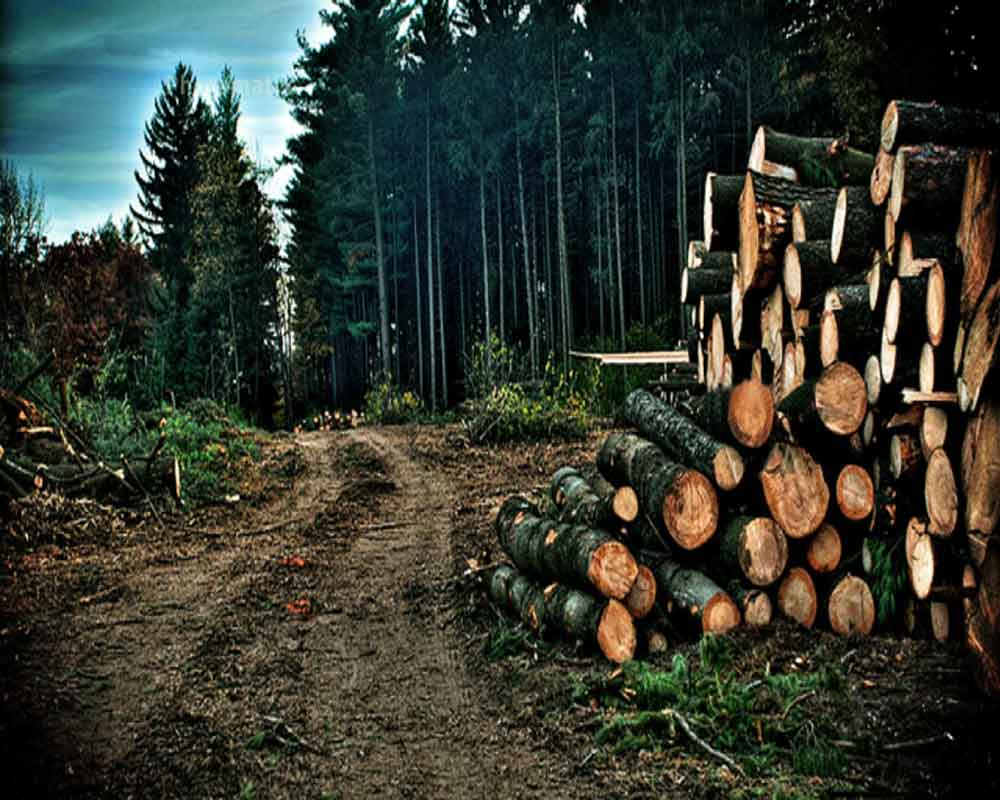 Although there is an abundance of writing on the history of deforestation in India, the absence of an objectively written history is painfully felt by one who intends to gain an impartial perspective of Indian forestry and its causes of degradation and deforestation.

The approaches of current writers are not uniform, and they have biases and leanings. For example, most Indian historians view the British as timber pirates, land thieves, and soil wreckers. In their opinion, there used to be a harmonious relationship between the community and the forest and no significant deforestation had taken place prior to British rule. The British were lauded for unifying the subcontinent, settling rights and concessions to the communities, and demarcating the reserve forest boundaries with a skilled foresters praised throughout the developing world.

Both views are subjective assessments. In fact, the motivation of the British was never altruistic, although they left behind a cadre of well-trained and organized forestry professionals. The reason might have been to keep the geese alive which were laying golden eggs for them. European invasions and conquests of India were originally motivated by trade in highly prized commodities such as silk, textiles, spices, jewels, which found their way to Europe via trade in these goods, mostly via the sea from small kingdoms to giant empires. The primary objective of the East India Company was to gain a substantial share of this lucrative trade and then to raise revenue in every way possible. The East India Company was also supported by the British monarchy. Thus, the increasing collection of wealth from peasants and cultivators, coupled with the deforestation to get more land tilted. In reality, it neither began nor ended with the British. It may be recalled that deforestation in north India was the primary cause of the shift from Indus Valley civilization to Gangetic plain in ancient India.

During the reign of Ashoka (268 to 232 BCE), the subcontinent was united under a single ruler. At the time of Ashoka and Chandragupta Maurya, the so-called golden period of Indian history, the forests were the property of the state. Hence, those claiming that the forests were managed by local communities are far from historical fact. After Ashoka, the empire collapsed under invasion from the north and the nomadic invaders burned forests for pasture. This regime was followed by Islamic revival when India again became united. It was only in the second half of the 16th century that Akbar cemented Mughal dominance that had begun in the previous one. The Mughals came from the desert and had no particular interest in forests except for their game.  During this time, the British used their South American colonies to acquire silver so they could consolidate their maritime profit-making trade in spices.

Britain gradually swallowed the subcontinent in stages, through a series of treaties and annexations backed by military support. When compared with local rulers’ revenue, the silk and spices trade seemed small to British traders. They started searching devices by grabbing some of these revenues and expanding them. India by that time had a non-uniform mass of subsistence cultivators living in village communities. The responsibility for collecting revenue in cash or in kind lay with big landlords (zamindars) or the government’s designated employees. It was the peasant producers’ responsibility to till their land and share their produce with the king either in cash or in kind. Revenue in kind was established during Akbar’s regime.

In deccan Maharashtra, small cultivators grew cotton, wheat, indigo, opium, oilseeds, and tobacco for cash sale. The villages had small patches of forest interspersed throughout them, which helped to maintain their productivity. British authorities considered all these patches as wastelands because they did not give revenue, regardless that they were the source of fuelwood, fodder and medicinal plants that shifting cultivators and villagers relied on for their subsistence. Because they came from temperate zones, they were unfamiliar with the land ecology of the tropics, nor did they have any grasp of the role of forests in sustaining and maintaining the productivity of the land.

Dietrich Brandis was appointed Inspector General of Forests by the government in 1864 for laying the foundation of the Indian Forest Department. Most of the upper-level staff were British who received their training at the Royal Engineering College at Cooper’s Hills. To manage the forests, Brandis thought of training the people in the science of conservation as well as introducing a legal system. Brandis then set up the Imperial Forest Service in 1864. Indian Forest Act was brought in accordance with Lord Dalhousie memorandum.  In 1855, Lord Dalhousie circulated a memorandum on forest conservation proposing that teak be treated as state property, and its use strictly regulated.  The Forest Act 1865 was amended twice, in 1878 and 1927. The Forest Act 1878 classified the forests as reserved, protected and village forests. The best forests were called “reserved forests,” and the villagers could not take anything from these forests except as permitted under the Act. Villagers could take wood for their use from forests in village or protected areas. The Indian Forest Act of 1927 affected the lives of forest-dependent communities.The penalties and procedures in this Act aimed to extend state control over forests and to diminish the rights of people to use forests.The rules were stricter and the department was given police powers.

Brandis developed his forest management model based on his experiences with German and European forests. However, forest in the Indian continent were very diverse in their species composition, unlike the temperate forest. Each acre of tropical forest is home to dozens of tree species and thousands of micro-organisms forming a complex food web that maintains the food chain for a sustainable ecology. This was a prerequisite for the livelihood of the rural poor.

The Act created “a deep feeling of injustice and resentment among small farmers (R.C Guha). A resentment among farmers culminated in the Sepoy Mutiny of 1857, which was suppressed by strong military force but the seeds of movement against the British Raj was sown.

World history is littered with farmer’s revolts against reserving forests for sustainable management, whether in France, Britain, or Mexico.The poor man’s overcoat is a European expression which reflects the dependence of the rural population and artisans to ensure their survival. It is also a hard reality that, if it is left to itself these public goods will be ruined, as someone rightly said, “everybody’s property is nobody’s property”. However, there are examples in the world where the public has been educated through the proliferation of books and pamphlets authored by prominent intellectuals urging the public to assist the government in protecting forests. Japan, which was never colonized, adopted a different strategy to regenerate its devasted forest that was based on public awareness.

In the end, it all came down to public awareness, which is a necessary component in all these lessons to save the Forests. However,  widespread public awareness can only be achieved through environmental education and demonstration projects, for which India is still far from its milestone.

(The writer is a former Principal Chief Conservator of Forests, UP. The views expressed are personal.)