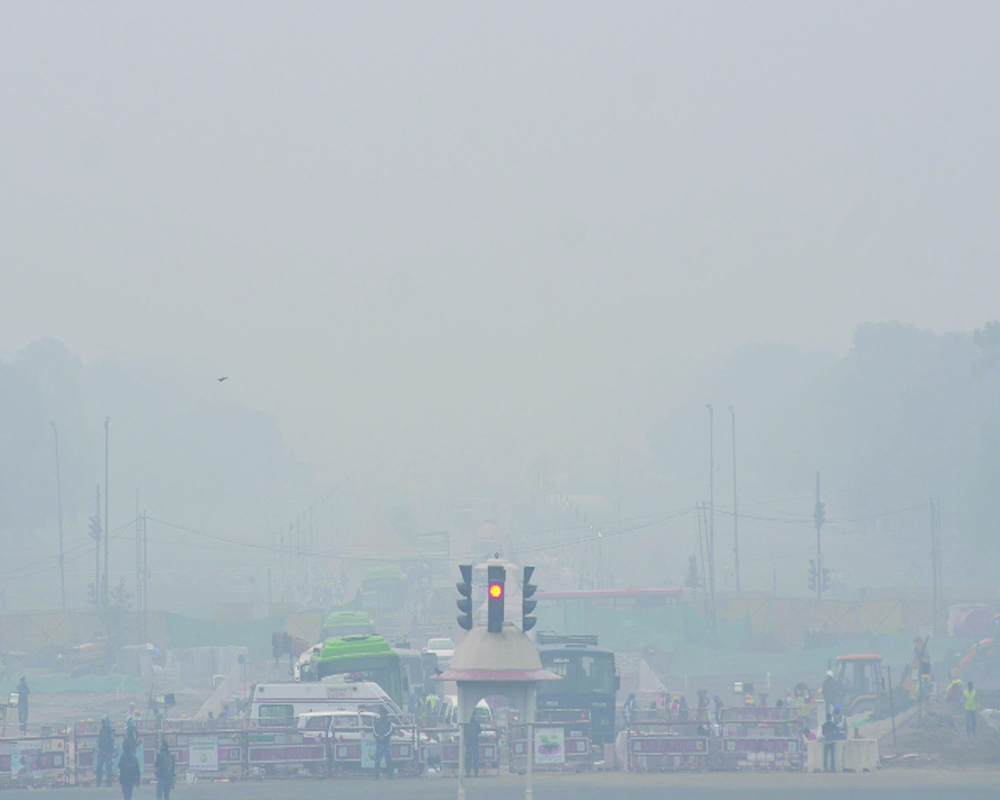 The Covid-19 pandemic was an unexpected disruption but air pollution remains the national capital's chronic crisis which recurs on a yearly basis. Year after year, it is a familiar story — farm fires meet firecrackers in November, Delhi-NCR and the Indo-Gangetic plain choke and the annual blame game starts. After a two-month-uproar, come February, everyone moves on.

In 2017, the Graded Response Action Plan (GRAP) was introduced specifically to combat winter air pollution in Delhi. However, the primary issue is that the GRAP measures are reactive and linked to higher levels of measured PM 2.5 and PM 10 concentrations. As a result, the appropriate response measures targeting sources are usually activated too late. For instance, actions such as private vehicle restrictions, construction bans and school closures kick in only when the fine particulate matter (PM2.5) levels of 300 ug/m3 — 20-times the World Health Organisation's safe limit — persist for at least 48 hours.

Hot mix plants, stone crushers and brick kiln operations are required to be shut only when air quality crosses the severe mark (250 ug/m3). In 2021, Delhi is better equipped with an early warning system that gives a three-day pollution forecast and a dedicated Decision Support System (DSS) developed by the Indian Institute of Tropical Meteorology that pin-points sources of pollution. However, these systems are not in sync with the GRAP.

Delhi-NCR's action plan to tackle air pollution requires a fundamental rethink. More measures need to be 'pre-emptive' rather than 'reactive' as we propose in this four-point plan.

First, the threshold for declaring a public health emergency and restricting highly polluting activities like industrial operations, vehicular movement, and construction has to be brought down from 48 hours of PM2.5 concentrations at 'severe' level (>300 ug/m3). The threshold should be improved to 'very poor' (PM2.5 > 121 ug/m3) in the next three years and eventually to the National Ambient Air Quality Standards limit of 60 ug/m3 if Delhi-NCR is to ensure clean air round the year. Public messaging should be stepped up at the threshold and citizens should be encouraged to limit their outdoor movements. The messaging should also include air quality forecasts so that citizens can plan activities accordingly. Similar to COVID-19, lockdowns should be acceptable even in the case of chronic crises like air pollution, the long-term impacts of which are much worse.

Secondly, the response measures in the GRAP should be triggered by the early warning system and in sync with the forecasted source contributions. this means that if 'severe' air quality is forecast for the next two days and the primary contributor is to be local vehicular emissions, then vehicular restrictions should be imposed in the city. For a system that is driven by forecasts, continuous validation of the forecasts becomes equally important. Also, efforts should be made to ensure that the forecasting system captures and reflects on-ground conditions and episodic contributors. Thirdly, the NCR and states of Punjab, Haryana, and Uttar Pradesh should have a common winter response plan, which should be notified under the Commission of Air Quality Management in NCR and adjoining areas Act, 2021. For instance, a survey from last winter found that power plants and industries accounted for 15 per cent of Delhi's winter particulate concentrations. However, there are no coal-fired power plants within Delhi's jurisdiction. Equally, states in the region resort to using some of their most inefficient plants to fulfill their power needs, on account of perverse incentives that keep efficient plants moth-balled. Therefore, one component of the regional plan must be to ensure that all large-scale industries around NCR comply with minimum efficiency and emission standards.

Fourthly, create a fund that pools resources from the environment damages compensation paid by industries and the green cess paid by commercial vehicles entering Delhi. Such a fund can compensate the weakest of those affected by air pollution, especially during economic shutdowns. It can provide a safety net to informal sector workers like construction labourers and micro and small enterprises. Further, the fund can also be used to accelerate clean energy transition for Delhi NCR's urban poor, thereby reducing household emissions.

Air pollution is certainly not insurmountable. Look at the examples of London, Los Angeles, and even Beijing for inspiration. These cities have successfully improved the quality of air and thereby, quality of life. With a recalibrated approach to solving for clean air, Delhi too can add itself to the list.

(Tanushree Ganguly is a Programme Lead and Milan George Jacob is a Communications Specialist at the Council on Energy, Environment and Water. The views expressed are personal.)