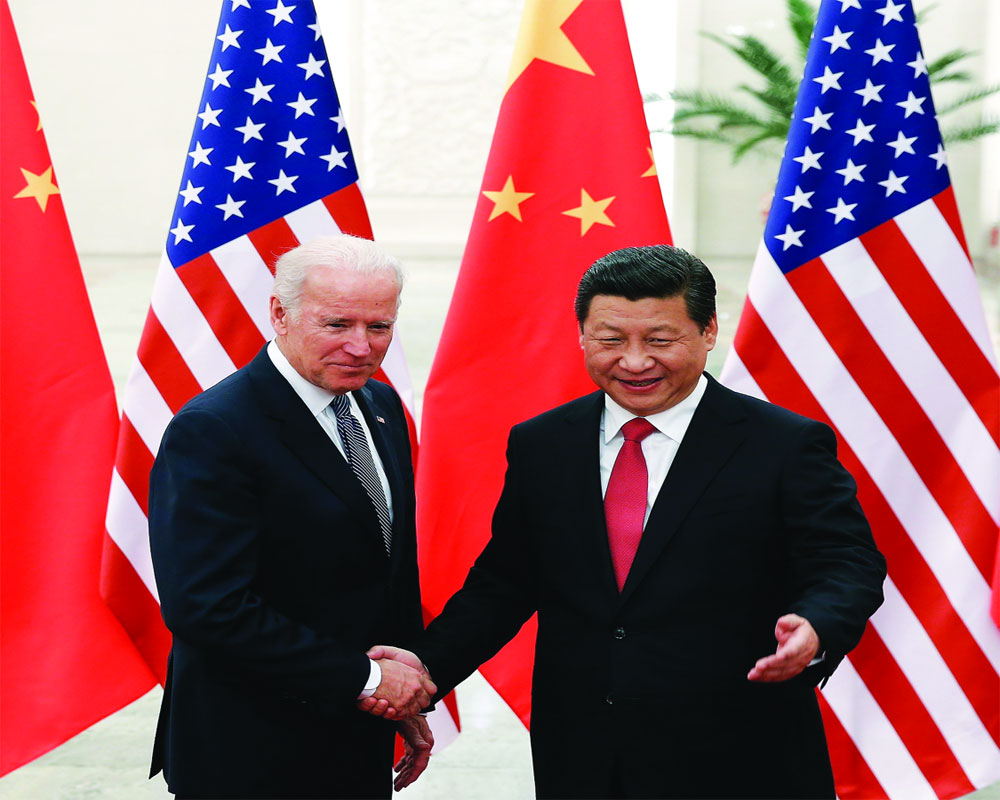 The US is concerned about China catching up and elbowing it out as the No. 1 nation globally

Democracy is about values just as economy is about profit and loss. But when the latter takes precedence over the former, the values are obviously somewhat compromised. Keeping the economic interests foremost to excel in the global market is the priority of the world superpowers. In their pursuit, targeting the market adversaries under the pretence of protecting human rights, upholding the democracy, safeguarding the interests of minorities and so on, through levying tariffs and slapping sanctions is not something new and is a kind of expansionism, if not exactly imperialism. US President Joe Biden’s harp on Beijing is not different from his predecessor’s Donald Trump stance in that sense. Biden has said that China’s ambition of becoming the wealthiest and most powerful country in the world is “not going to happen on my watch”. He vowed to outspend China on innovation and infrastructure to prevent the communist nation from surpassing the US to become the world’s most powerful country. Washington is working on all equations against Beijing with the help of global partners and is apparently tapping all opportunities to take it on. Recently, in the meeting of the head of the States of the Quad alliance (US, India, Australia and Japan), the partners put their weight behind the idea of “free and open Indo-Pacific”.

The Quad leaders discussed the challenges posed by China. The US is aware of the importance of New Delhi in dealing with China. India’s strategic location, the Chinese military’s misadventure in Ladakh and Arunachal, and New Delhi and Beijing’s age-old rivalry are reasons enough to give the US a chance to meddle in the affairs of South and South-East Asia. Besides, India is a big market for America. On the other hand, Beijing’s opposition to the alliance is on the expected lines, asking Washington to refrain from making “trouble out of nothing”. China is expanding its footprint and has a huge say in the world economy. Products manufactured in China, particularly electronic goods and microchips, have captured the markets across the globe. The Dragon is also increasing its military might and hold in the sea waters and territories of other nations. While Prime Minister Narendra Modi has banned several Chinese apps after a bloody border conflict, the two-way trade between the countries stood at $77.7 billion last year. In the ugly tussle between the superpowers, India must act cautiously safeguarding its own interests. Anyway, the economy should bring peace, not war.