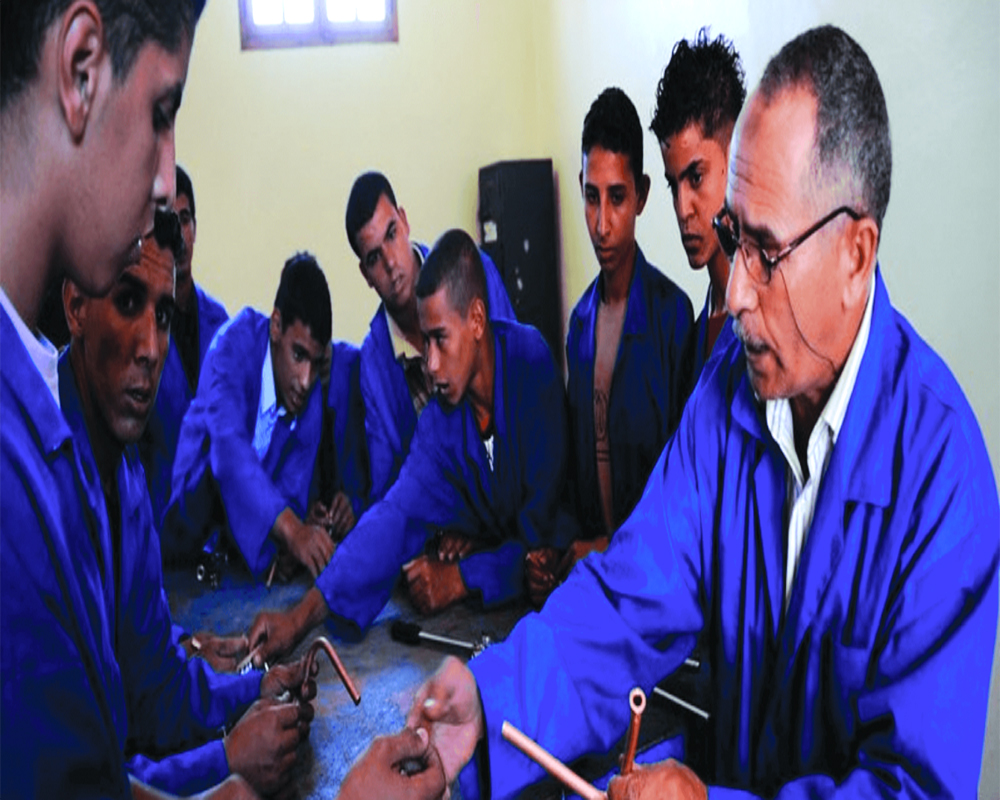 The NEP 2020 recommends the integration of academic and vocational knowledge, which indicates the impact of Gandhian education philosophy

The strength and resilience of Indian democracy receive widespread appreciation. For the outside world, it is amazing that a Prime Minister loses House confidence by one vote, and accepts it without even asking for a recount. But the fading away of the Independence struggle-generation has led to severe erosion of values, the impact of which is visible all around. The violence and murder in Lakhimpur Kheri, lynching of a young Dalit person in Rajasthan and the barbaric killing of a young man at the Singhu border are among the instances of avoidable loss of life in a civilised society. Is it not a shame that blatant discrimination is practised even in ex gratia payment to victims? This is not the democracy that MK Gandhi and numerous other luminaries fought for. Selfish motives, shortsighted goals and vested interests are denting India’s image globally. Gandhi found everything in India attractive as “India has everything that a human being with highest aspirations could aspire for”. He found India “fitted for religious supremacy of the world”, and that India is a karmabhumi, not a bhogbhumi. He was convinced that India’s mission was different from that of others.

On October 20, 1927, he said about Hindu dharma: “I have found it to be the most tolerant of all religions known to me. Its freedom from dogma makes a forcible appeal to me inasmuch as it gives the votary the largest scope for self-expression. Not being an exclusive religion, it enables the followers of that faith not merely to respect all the other religions, but also to admire and assimilate whatever may be good in other faiths.” Gandhi did not mean that “everything in India that attracted” him included abhorrent practices like untouchability, dowry, child marriages, and much more. He loved India, its diversity, its culture, and lamented its downfall over the centuries because of foreign invaders and internal deficiencies. He was very clear in his priorities for resurgence of a new India: Education for all, dignity for all. As one goes through his writings that indicate his vision for India, political freedom was only one of the steps towards a new democratic India; freedom from hunger, poverty and ill-health was the prerequisite in the march towards equality, transparency, brotherhood and human dignity. His was a unique endeavour, the essence of which could be comprehended in that immortal sentence: “My life is my message.”

This was the level of transparency he had set for those who were to take over the reins of power after India’s Independence. He preached only what he could practice. His approach, as is well known by now, attracted global interest only because he became a unique example of courage, bravery and commitment to conviction. Billions the world over were convinced during his lifetime that only the Gandhian way could extricate mankind — and our planet — from the clutches of distrust, bigotry, racism, caste prejudices, terrorism, fundamentalism and much more that jeopardised the very human existence. The global foundation for a world of peace was to be laid in the pragmatic implementation of the universalisation of education which, Gandhi thought, was the only ray of hope for the suffering masses. The Hind Swaraj he penned in 1909 is now being perused with much more respect and sincerity.

Violence must totally vanish from Gandhi’s land. One is convinced that the solution lies in reverting to Gandhi and re-articulating his thoughts in the current idiom. While those in power have the obligation to find immediate solutions, the long-term strategy must focus on education, right from the early days to universities. Attitudinal transformation can be possible only through Gandhian vision, the essence of which he had presented to the nation in the ‘Basic Education’, which he thought was his most significant contribution. Why Gandhi was so enamoured by this idea? He wanted education to draw the best out of “head, hand and heart”. This, he thought, was the best way to transform a lay learner into a full-grown personality. It is indeed laudable that with literacy below 20 per cent at Independence, India is touching 80 per cent and, that too, when population growth has been more than three times. It has also led to certain aberrations in teaching and learning, most prominent being the concentration on “head”, and near-total neglect of “hand and heart”. The consequences are before us. The 75-year experience must put the system on the right path.

The manner in which the National Education Policy-2020 lays focus on character building, value inculcation and recommends the integration of academic and vocational education clearly indicates the impact of Gandhian education philosophy. Sadly, the philosophy that Gandhi and his colleagues had articulated was simply ignored by the earlier decision makers. No effort was made to bring forth a model of education rooted in Indian culture and, at the same time, committed to new knowledge. This formulation would be complete when synchronised with Gandhi’s writing in the Young India issue of June 3, 1926: “The highest form of freedom carries with it the greatest measure of discipline and humility. Freedom that comes from discipline and humility cannot be denied; unbridled license is a sign of vulgarity injurious alike to self and one’s neighbours.”

To re-emphasise, education must concentrate on preparing men and women of character and commitment who practise integrity, honesty and selfless service as their dharma.