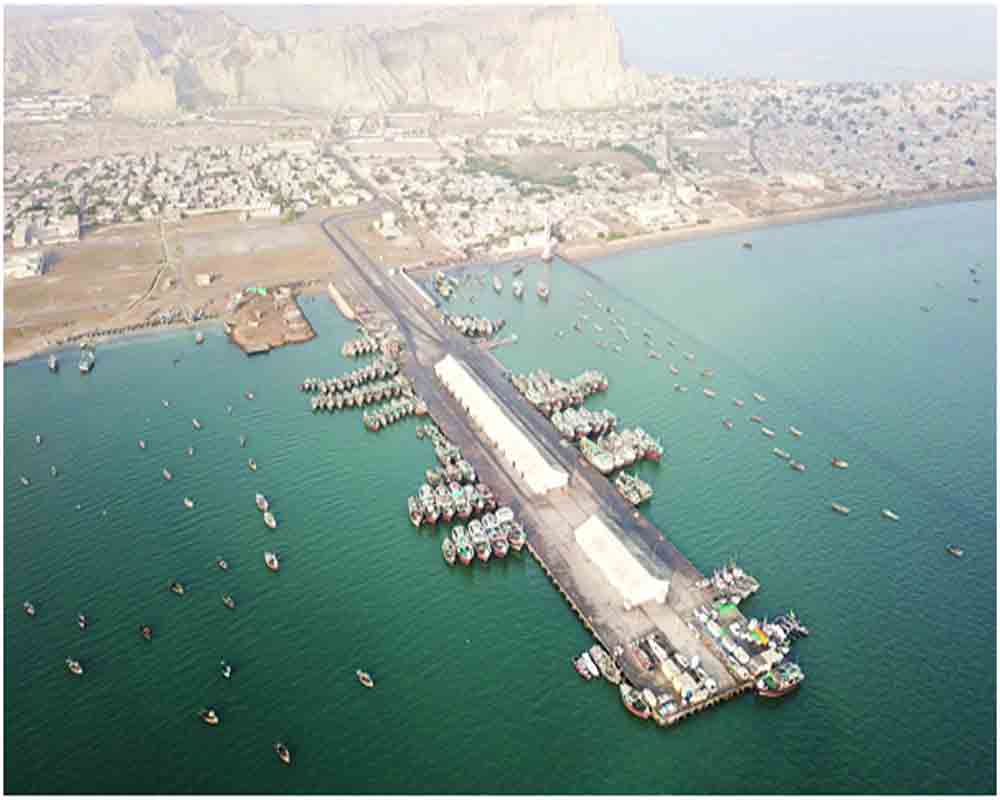 In 2004, the then Chinese President Hu Jintao gave the slogan of “new historic missions”, widely incorporated in subsequent national objectives. The 2006 and 2008 white papers on defence expressed Beijing's consciousness on the safety of SLOCs and the increased competition for resources. In 2012, when Xi Jinping assumed power, the aim of making China a strong "maritime power" was reiterated, and the 2013 defence white paper of China stressed the need to develop a 'blue water navy' for "Near Sea Defence, Far Seas Protection". In the same year, One Belt One Road (OBOR) was announced, and soon China-Pakistan Economic Corridor (CPEC) was allocated $60 billion. The Gwadar Project became a "jewelled crown" given South Asia's geopolitical faultlines. The projects have helped China to penetrate strategically and develop permissive conditions for the militarization of the ports.

Later, the 2015 document highlighted the necessity of safeguarding the Chinese interests in "new domains", and in October 2017, Xi called on the PLA to "prepare for military struggle in all strategic directions". In 2019, Beijing expressed its sovereignty over its disputed territories and called upon PLA to safeguard its "outer space, cyber security interests and overseas interests" apart from its maritime rights. Simultaneously, developments such as domestic regulations on its civil-military fusion to increase the scope of the PLA and use civilian fleets and other facilities for military purposes unmasked the hegemonic intentions of China.

The CPEC is a dual-purpose project and impinges on India's sovereignty in Jammu and Kashmir; that much is undisputed. What has been even more astounding is the inclusion of non-inclusive and circular debt policies, which aim to make Beijing's presence 'permanent' in Kashmir and on the Western borders of India. Financially, Pakistan owes China approximately 27.4 percent of its total external debts that total upto $24.7 billion, and the world knows that it would be unable to repay it. It is here that the opaque policies of its debt play a crucial role in Chinese expansionism.

First, Gwadar Project provides China with 'deep berthing rights' and gives it a safe and shorter route for its oil and mineral imports from the Middle East and Africa. The economics of the transport systems can be well understood because the shipments from Port of Salalah and Shuwaikh Port to Kashgar Port by the existing route take 27 and 32 days while by CPEC, it will take only 7 and 8 days, respectively. This unlawful use of our territory for transporting cargo is a violation of India's sovereignty and the right of India to levy taxes for the use of its land. Whether Pakistan or China, no party has the transactional rights to decide how India's territories can be used, primarily when illegally occupied. Further, the Free Zone Area, which is currently under construction, can generate economic activities worth $10 billion annually. The Zone promises100 percent foreign ownership for investors, thereby establishing the countries' rights to invest and own Projects.

In case of punitive strikes against Pakistan, well-equipped China at the Gwadar port and other countries at the Free Zone area would limit our military options. Further, China's hard power footprints are visible with its access to the Skardu airbase in PoK and its paramilitary presence near Shaymak, Tajikistan, on its Afghan-Tajik border. These bases that provide military reinforcements and support to the PLA can significantly threaten the Indian army during open hostilities with Pakistan or China. The news of joint Sino-Pak joint patrolling on the border of PoK- Xinjiang is also not in Indian interests.

From a naval perspective, China's 'submarine challenge' of birthing at Gwadar port and Djibouti base to overcome Beijing's maritime weakness of the Sunda Strait or Lombok Strait could be used for military deception during wartime. Even in peacetime, there are strong possibilities that both China and Pakistan might collaboratively block the supply chains from the western side.

Secondly, Gwadar's locational importance concerning Baluchistan is of paramount importance. The M8 or the Ratodero-Khuzdar road connecting Gwadar to Western China is marked by heavy paramilitary personnel. Human rights violations against the Baloch ethnic population by both nations is a strong possibility. Similarly, the upcoming China-Pakistan Health Corridor (CPHC), in which Gwadar will occupy a vital place concerning the dumping of bio-medical waste in the Arabian Sea, will raise unforeseen health issues for the Indian population. The potential weaponization of pathogens by the dual-use facilities of CPEC and the inability of the democratic countries to take action will deteriorate the security in South Asia. From a real politik perspective, last year, Baloch Raji Ajoi Sangar (BRAS) and Sindhudesh Revolutionary Army (SRA) announced their union to fight against the CPEC Project and committed themselves to fight for the independence of Sindh and Baloch areas.

In order to suppress the rising voices, Pakistan and China have recently decided to increase the militarization of Gwadar and its neighbouring areas by expanding the CPEC Project. Last month, the Karachi Coastal Comprehensive Development Zone (KCCDZ) agreement was reached, with provisions for four new berths for Karachi Port Trust (KPT), a state-of-the-art fishing port and an urban infrastructure zone. The project envisions attracting $3.5 billion of Chinese investments, which undoubtedly will also have Chinese security in Karachi port.

The KCCDZ aims to increase the stronghold of Pakistan in Sindh by suppressing the simmering voices and poses maritime security threats to the Indian interests, especially the India bound cargo transportations via the straits of Hormuz and other critical sea passages. The Sino-Pak naval presence in the high seas also infringes upon the freedom of seas as outlined in the UNCLOS, to which India strictly adheres. China's illegal and unregulated fishing in the Arabian Sea will increase in the days to come.

If India, along with the other vital players, can successfully highlight the treatment of Baluch nationalists at an international level, it can be a potential 'game changer'. Baluchistan's long overdue independence can provide a breathing space for the Baluch people by breaking their "shackles of slavery" and giving India a vital buffer state with military advantages.

Finally, the increasing Talibanization of the Pakistani society, a rift between the Pakistan Army Chief and Prime Minister Imran Khan, and the armed rebellions against the CPEC Project are all conditions that pose severe threats to the regional security order of South Asia. The situation becomes further complicated with Iran and Russia gradually moving towards giving diplomatic recognition to the Taliban in Afghanistan, with naval exercises occupying a center stage. Further, the militarization of the CPEC along with the maritime presence of PLAN in the other sectors of the Indo-Pacific Ocean increases the possibilities of military friction between China and the US. Any 'accidental' encounter might spiral into crisis or a military conflict, thereby endangering Indian security.

These developments and their implications display the zero-sum mentality of the Indo-Pacific great game, in which there is no other option but to outwit the adversary. The security architecture is rapidly shifting. Today, the country needs to adopt a holistic approach towards security that should be encompassing conventional and other emerging technologies apart from aiming to have a military presence in Pakistan's western front and beyond to 'military squeeze' Islamabad at an appropriate time.