Fractional Justice Or Not?

Fractional Justice Or Not? 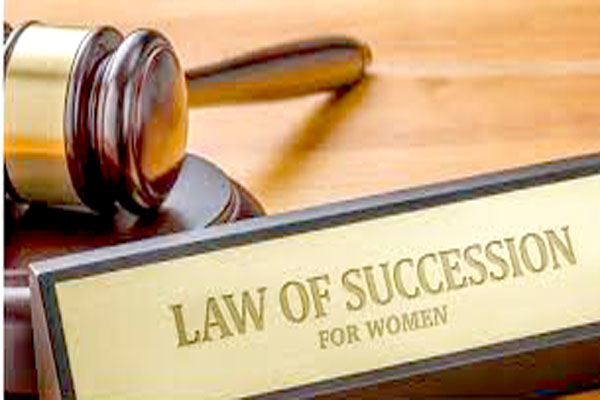 We must look at property laws through a perspective  that is gender-neutral, so as to empower women

Property rights are collectively shaped by societal transgression, development and legal considerations. Though the Hindu Succession Act, 2005, served as a watershed legislation on many counts to adduce women’s rights, it failed to redeem itself from the clutches of gender orthodoxy. Simply put, it emerged as a classic case of “fractional justice.” For instance, the husband was bestowed with a veto power with regards to all aspects of women’s property, therefore, evidently, the rights of widows and divorced women were practically non-existent. It was, at best, a half-hearted measure to improve the position of women. Sons would not only get a share of their father’s property but also their own interest as coparceners in joint family property. Daughters would only get an equal share in paternal property. This was the main point of contention that called for legal reform in 2005. India is yet to have a Uniform Civil Code, as a result of which the current laws pertaining to rights of widows and divorced women are largely governed by the Hindu Succession Act, 2005, and the Indian Succession Act, 1925.

The law relating to widows and divorced women is intact to the point that the share in the ancestral property that belongs to the husband shall be equally bequeathed upon the widow and her children. Likewise, in the case of a divorced woman, she is entitled to the same share that she would have been entitled to had she been still married.  However, the law provides for the right to be conferred upon a widow and a divorce woman only in case it is inherited from the husband, which means that she is not made the co-owner but merely holds the right of inheritance. Remarkably, the Uttarakhand Government set a precedent by upholding the status of a wife as a co-owner instead of just holding inheritance rights. But, the right of a co-owner ceases to exist if a woman remarries. Suppression of women’s rights persists because the rest of India is currently governed by laws which impede upon women’s rights as an owner to the husband’s property, as their right in it is limited to the share allotted which can be exercised only upon inheritance. Thus, there is a dire need to look at the property laws through a gender-neutral perspective which would empower women who have been disavowed of their rights. The same can be overcome by involving women in the law-making process and making small changes like replacing the word “wife” with spouse to create an inclusive law.

Additionally, women in rural areas farm on ancestral property while their husbands migrate to cities for work. But women are prohibited from availing a farm loan without the husband’s consent. Thus, beholding women as co-owners is a pragmatic move which enables them to invoke their rights in the said property. A radical change in the existing culture pertaining to gender and justice is imperative. Therefore, it is undeniable that providing co-ownership rights to women in the husband’s property is not only the right thing to do, but is the way forward to eradicate poverty, hunger and violence. At the same time, it will give women a better footing to stand on to claim their rights in such ancestral properties. In hindsight, though women’s property rights have emerged as a contested terrain wherein lived ideas of tradition and modernity have been revisited in the public sphere, the recent judgments and ordinances come as a breath of fresh air. Property being the fulcrum for patriarchal bargains and negotiations within the private and public domain for women, it empowers them in exclusive ways. It allows them to make choices about livelihood, provides security against poverty and advocates autonomy. So it is rightly said, “Women’s rights are human rights” — be it for property or otherwise!

(The writer is the Managing Partner at KS Legal & Associates. The views expressed are personal.)