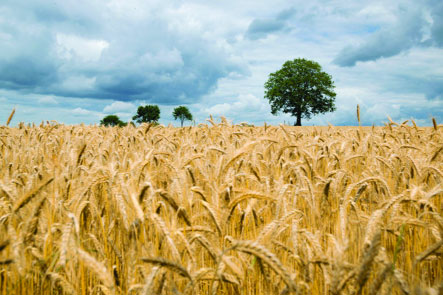 The country has to go beyond farm Bills. Farming itself needs sustenance for overall growth and cutting down the Government’s expenses

India’s GDP is rising, large corporates are aiding the recovery and popular decisions are helping the people have an ease of living. However, consumer spending and the Omicron variant remain concerns.

The GDP growth of 8.4 percent in the September quarter is higher than RBI monetary policy projection of 8.1 percent. Agriculture has sustained the growth during the most critical pandemic period.

Some of the decisions that cheered the masses were bringing down the price of railway platform tickets to Rs 10 from Rs 50, cut in petrol prices, bid to bring down edible oil prices and repeal of the Char Dham Devasthanam Management Act. Populism, politics and economic courses seem extremely intertwined.

However, the fast-paced road construction has pushed the NHAI into a whopping debt of Rs 3.38 lakh crore, up from Rs 1.22 lakh crore in March 2018 and Rs 2.49 lakh crore a year back.

The PMO has called upon the finance ministry to work out a rescue plan. Such high debt impacts banks and question the sustainability of such a road construction spree. It also reveals that of late most private companies collecting tolls are suffering losses.

Tolls are increasing costs and prices. In short, it is becoming inflationary. Some states have started building roads parallel to the toll roads. It has drawn the ire of the NHAI.

The roads are being built to serve the increasing population pressure. But the projections made may require fast review. Expensive roads are impacting travel, transportation and freight costs making life dearer.

Its sustainability depends on the rise in the existing population. This has now become doubtful in light of falling fertility rates to below the replacement level and the recent NITI Ayog study on high poverty across the country. This indicates that the nation has to shift its stress from fast to sustainable development.

So, India is at a crossroads. It is witnessing a peculiar mix of economics driven by ever-changing politics. The free food dole for 80 crore people that was decided to be scrapped from November 30, is now extended till March 31

The corporate results tell us about the nature of economic recovery. It indicates that the recovery is driven by large firms. Not all companies have had the fortune of a V-shaped recovery. Companies with a revenue of Rs 100 crore have actually seen a fall in their September revenues compared to the same period in 2020 and 2019. The fall in sales of smaller companies that started before pandemic is yet to come back to normal.

The data reveal that 1295 of the 1369 manufacturing firms in inflation adjusted raw material expenses are showing negative 13 percent growth.

For all these changes, fiscal policy support would remain indispensable for growth. It means with consumer demand lagging, private companies lack the incentive to invest. Unless that situation is restored, the government would have to resort to unsustainable debt leading to high costs, inflation and concomitant problems.

The central government’s capital expenditure between April and October stood at Rs 2.53 trillion, which is higher than in 2020-21 - Rs 1.97 trillion. Most of these expenses are in public administration, defence and other services even as output of employment intensive non-farm sectors such as construction, trade, hotels, transport, communication and broadcasting lags below pre-pandemic level.

Agriculture still lacks attention but has been an important cushion in softening the pandemic’s blow to the economy. It escaped contraction in 2020-21.  Agriculture alone has contributed 4.5 perent of the total growth. Despite that nominal growth, and agricultural activities came down from 11.1 percent in the June quarter to 7.9 percent in the September quarter.

Overall agricultural income remains low. This, with the rising fertiliser shortages, will have the twin effects of rise in cultivation cost and drop in yield.

The country has to go beyond the farm bills. Farming itself needs sustenance for overall growth and reduction on government’s expenses. It has to change focus from the construction-oriented expensive and questionable development model. If the farm sector is developed all other sectors would also prosper.

Let India change its paradigm and chart out a course for long-term low-cost expansive development model. Yes, agriculture has to be the pivot for the development process.