Gender parity is a mirage as challenges still remain

Gender parity is a mirage as challenges still remain 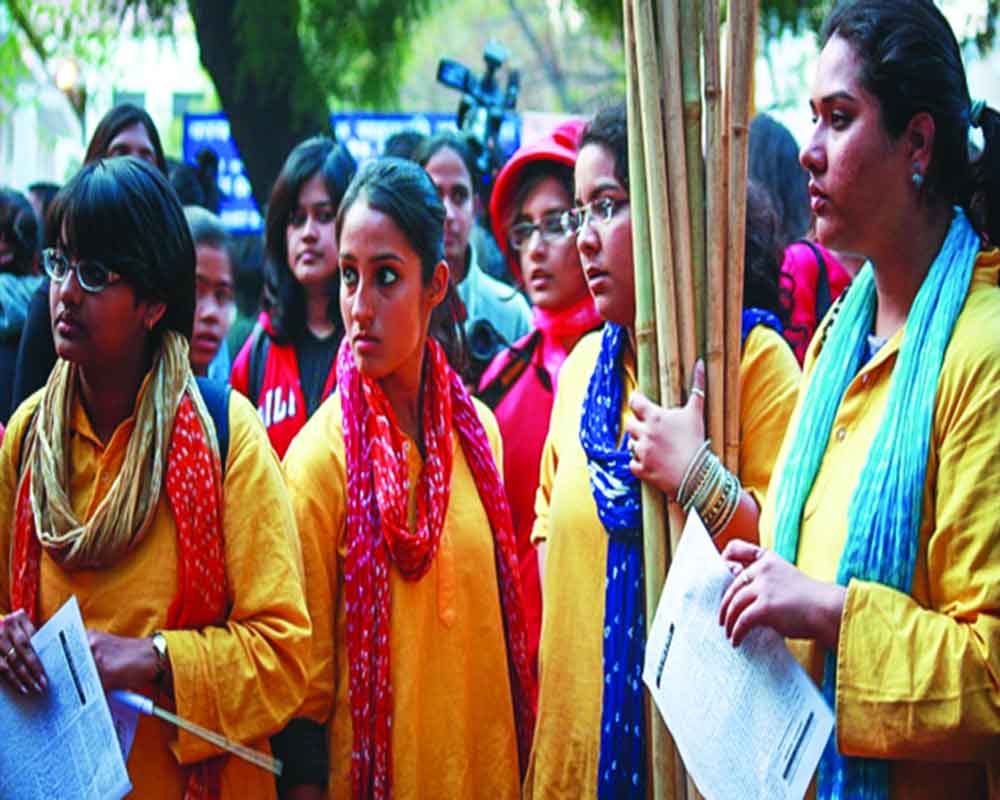 Can the Generation Equality Forum ensure two basic rights for women: The right to safety and peace at home, and to decent work outside of it?

The recently concluded Generation Equality Forum has once again pinned the focus on gender equality and how far we are from achieving it in most parts of the world. A global gathering for gender equality, the Forum is traditionally convened by UN Women once every five years with the objective of mainstreaming gender equality and female solidarity in a host of areas including the economy, education, employment, health, environment, sports, the media, and human rights.

This year’s Forum, co-chaired by France and Mexico, kicked off in Mexico City on March 29 and culminated in Paris on July 2, with 85 countries and 10,000 delegates coming together through a mix of physical and digital participation. The high-profile event was addressed and attended by several international dignitaries, including the co-hosts, President of France, Emmanuel Macron, and Mexico’s President, Andrés Manuel López Obrador. Notable speakers at the event included Vice President of the United States Kamala Harris, Nobel laureate Nadia Murad, UN Secretary General Antonio Guterres, and Executive Director of UN Women Phumzile Mlambo-Ngcuka.

Using as a springboard the Beijing Declaration of 1995, which was released at the Fourth World Conference on Women held there, the 2021 Forum too laid down a list of bold commitments and funding targets in a five-year action plan for accelerating gender equalityby 2026. However, what distinguishes the 2021 Forum from the one in 1995 is unquestionably the Coronavirus pandemic that has radically changed the world and gender equations in it.

Realising the adverse impact of Covid-19 on women and girls, the Mexico-Paris Forum has under-written a whopping amount of nearly $40 billion in confirmed investments in women-centric policies globally, including $21 billion by governments and public sector institutions, $17.5 billion by the private sector and philanthropists, and $1.3 billion by UN entities and international bodies. Among the major thrust areas of the 2021 Forum agenda are the revival of employment and entrepreneurship opportunities for the female workforce to counter the mass unemployment caused by the Covid-induced lockdowns, support for women-owned and women-led businesses through 2025, particularly in the tech start-up and e-commerce sectors, and legislative reforms to enhance female empowerment.

Feminists may perceive these heart-warming goals of the Generation Equality Forum as a balm for all wounds. However, we need to do a deeper analysis to ascertain how muchthese promises on paper will actually translate into action on the ground. The Beijing Declaration too had laid out a new vision and new mission to create a world that would honour, respect, and reward women. But more than 25 years later, not much seems to have changed as globally women are still grappling with the multiple challenges of poverty, unemployment, and violence.

To put matters into perspective, as per data from the World Economic Forum-Global Gender Gap Report 2020 and Women’s Representation in Society, UN Women, 75 per cent of the seats in parliaments in the world are still held by men, and merely 6.6 per cent of CEOs across global corporates are women. Further, compared to men, women are 24 per cent more likely to lose their  jobs, and are 10 per cent less likely than men to have internet access, especially during the pandemic. It is posited that with such persistent discrimination, it will take 257 years to close the gender gap in economic participation and opportunity, and 94.5 years to bridge this gap in political empowerment, notwithstanding all the money and succour pledged by the Generation Equality Forum.

Although feminists have been confronting these issues for years, 2021 represents a critical inflection point in history with Covid-19 exacerbating all outcomes for gender equality. And these outcomes seem equally stark if contextualised for India. There was a nearly 78 per cent rise in reports of domestic violence received by the National Commission for Women (NCW), from 2,960 in 2019 to 5,297 in 2020, and 1,463 cases have been reported between January and March 2021 alone. “These cases of domestic violence are likely the result of increased stress and anxiety, financial tensions, and lack of social and emotional support for families in COVID times,” says NCW Chairperson Rekha Sharma. Activists, in fact, define this alarming recent rise in domestic violence as “a pandemic within a pandemic”.

An assessment of household-level panel data from the India Human Development Survey (IHDS) suggests that increased domestic violence against women could be a direct result of their lack of economic empowerment. The IHDS, a nationally representative survey, covering 41,554 households in 1,503 villages and 971 urban neighbourhoods across India, was jointly conducted by the National Council of Applied Economic Research (NCAER) and University of Maryland, USA, in two waves in 2004-05 and 2011-12, with a third wave planned soon.

The IHDS asks eligible ever-married women whether, “in your community, it is usual for husbands to beat their wives” for several possible reasons, including leaving home without notifying him, failing to pay a dowry, neglecting household responsibilities, not cooking meals that are up to standard, and having extramarital affairs. The results consistently show that women’s empowerment through employment and earnings lowers the risk of domestic violence, and therefore, denial of autonomy is in itself one of the central problems for Indian women.

On the employment front too, IHDS finds that the reported decline in female workforce participation in India over the past few years stems from the lack of appropriate job opportunities for women. Data from the National Sample Survey (NSS) indicate that despite a rise in the number of women acquiring higher education, female employment figures declined from 34.1 per cent in 1999-2000 to 27.2 per cent in 2011-12. This decline has been attributed to various factors, including lack of employment security for women, the disproportionate burden of household chores borne by them, and disparity in wages versus men.

Professor Sonalde Desai, who leads the IHDS, however, avers that India can combat its low female work participation rates through the dual strategy of creating new jobs for women and offering them greater access to existing jobs-a tall task, especially due to widespread unemployment caused by the Covid situation. However, it is still feasible through the implementation of public policies such as improvement in transportation facilities and greater provision of work opportunities under social security programmes like the Mahatma Gandhi National Rural Employment Guarantee Scheme (MGNREGS). More importantly, both IHDS and NSS find a high degree of willingness to work among women-IHDS recorded such willingness among 65 per cent of its unemployed women respondents. So, the will is there, but how do we find the way?

Going forward, it remains to be seen if the ambitious agenda of the Generation Equality Forum can ensure the two basic rights for women-the right to safety and peace at home, and the right to decent work outside it.

(The writer is Editor at the National Council of Applied Economic Research. The views expressed are personal.)