Gene editing: The future of warfare?

Gene editing: The future of warfare? 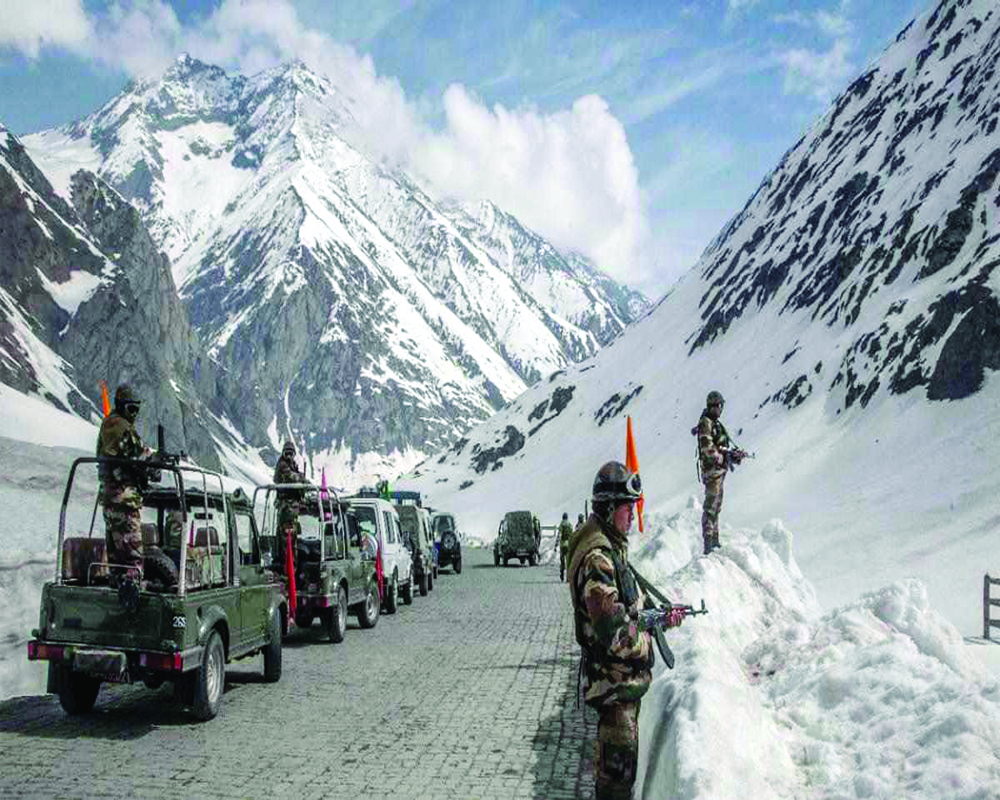 Beijing has attempted gene editing of its soldiers to withstand extreme cold conditions, especially in the areas of Leh

The news of Indo-China disengagement from the Gogra valley has ushered in some amount of optimism at least on the Indian side. This comes just after India conveying it to its Chinese counterpart that it is ready for a long haul in the winter months. The readiness displayed on the part of China to disengage itself can be strongly co-related to the fact that the PLA troops are not relatively trained for physical fitness in extreme climatic conditions.

Simultaneously, another news that appeared but was relatively overlooked in the ‘disengagement’ process was the Chinese study of the genetic adaptations in the Tibetans. The study officially announced to explore the “plateau diseases” seeks to discover the genetic adaptions in the high-altitude areas. The “plateau human genetic resources biological sample bank” has over fifteen years collected and studied genetic adaptations of over 1,00,000 people of Tibetan origin. It points out that the Chinese technological military advancements are rapidly moving beyond the domain of hybrid warfare. The theories of the Wuhan Virus lab leak have directed the attention of the security experts towards the blending of the Chinese military capabilities with the new technologies.

From an Indian perspective, this is an emerging threat that will be an important determinant of victory in future battle scenarios. Presently, contrary to China, India has special mountain battalions that have been trained specifically to fight wars in the high-altitude areas. As an attempt to become invincible in real terms, reports suggest that Beijing has attempted gene editing of its soldiers to with stand extreme cold especially in areas of Leh to leverage against the Indian soldiers. Its genetic bank has immense value for its bio-medical research as its soldiers have been facing issues withstanding cold on the Indo-China border.

There are other reports that China is resorting to collecting the DNA and gene data of countries throughout the world. The use of BGI pre-natal tests kits used throughout the world requires mandatory consent from its users to save the genetic data. Unsuspecting countries have used these kits, consequent to which, China has been able to have an unrestricted flow of genotype information of various Asian and European countries. The knowledge of the genetic data of different countries is undoubted of dual-use. The data can be potentially used by various bio-medical research universities across China not only for the possible creation of its ‘super soldiers’ that can fight battles in different climatic conditions but also for the creating of possible new viruses that may invade only the immune system of a particular nationality or ethnicity. Thus, in the future, a ‘limited bio-medical warfare’ initiated by China is a possibility. The government at this point of time should be taking a serious note of it and the scientific community of India should be developing alternative indigenous non-invasive high quality pre-natal kits and the data collected should either be stored or destroyed by the government without parting it to other countries or any private player in the market.

The Chinese attempt to take the war front to a new threshold isn't something new. In 2010, Guo Jiwei, a professor of Chinese Medical University authored ‘War for Biological Dominance’ strongly co-relating biology and future warfare. Later, the 2013 Science of Military Strategy (SMS) mentioned biotechnology as an emerging field apart from informatics and other strategies. In 2015, He Fuchu, the president of the Academy of Military Medical Sciences spoke of “brain control” weapons. In 2017, Chinese scientists were successful in editing a normal human embryo (through IVF). Further, in 2018, Chinese biophysics researcher He Jiankui announced his successful experiment of gene editing to make babies immune to HIV. Later, in 2019, China came closer to brain research when it announced its transgenic monkey whose brain was altered with a human gene. Although not ethically right, yet, the ability of China to control the brain through genetic modifications can be an experiment on PLA soldiers.

The collection and sampling of the genes from the Tibetan people hints out that China now aspires to edit the genes in the sperms and eggs itself before the IVF/fertilization so that genetically modified citizens can take birth and avoid diseases such as Favism and perhaps even become immune to harsh climatic conditions, now a mandatory requirement on the Indo-China border. Such intentions of the Chinese have been confirmed by the US intelligence agencies that speak of Chinese “human testing”to achieve the birth of humans with “biologically enhanced capabilities”.

The question that arises is how could China so soon catch up with the most sophisticated technology in biomedical research? Well, indeed its scientists have a role to play, but most importantly one has to recall that the Chinese Military-Civil fusion strategy and its associated ‘thousand grains of sand’ programme linked numerous civil research scholars to the agenda of CCP. Most of these research scholars have been sent abroad, predominantly in the U.S. to gain an understanding of the critical technologies that can help Beijing to leverage its adversaries. The spy ring increased to the extent that to safeguard its intellectual property and critical technologies, the U.S. in 2018 had launched the ‘China initiative Programme’ that aimed to discover “non-traditional collectors” such as research scholars, academicians and Professors of Chinese origin who could probably advance the CCP agenda. The prosecution of Song Guo Zheng, a professor of rheumatology who helped China gain important advancements in immunology points out the Chinese attempts to weaponise medical knowledge.

Strongly related to gene-editing technologies and the theft of intellectual property, another worrisome aspect is the Chinese dominance in the pharmaceutical and medical supplies industry. Currently, India imports 70% of its Active Pharmaceutical Ingredients (APIs) for various medicines from China. With important APIs for many antibiotics and medicines such as Para Amino Phenol (for Paracetamol) coming from China, security factors can be linked to it. For instance, the relative decreasing efficiency of common drugs had been a cause of concern debated in the national media in years preceding the outbreak of the Corona pandemic. Although unthinkable at that point of time, the spread of antibiotic-resistant bacteria could now perhaps be attributed to the supply of inferior APIs. Further, during the initial stages of the pandemic, a similar concern was been expressed publicly by various countries such as the U.S. which reported the supply of faulty N95 masks that did not meet the U.S. regulatory standards. Thus, the quality control of imported medicines, APIs and other medical supplies constitutes important determinants of success in future epidemic or pandemic outbreaks. Such developments also stir the debates of dependencies in the supply chain management of critical goods and services.

India too has to gear up for the evolving frontiers of warfare. Biological warfare, gene editing, along the use of AI technologies is here to stay and show their lethal nature. The evolving Chinese technological advancements and possible threats demands new innovative thinking and response. The government must convince the academicians of life sciences to take into consideration the core security objectives of India, especially concerning the above-interlinked developments. Also, alternative API supply chains should be looked towards for reliable pharma products. As the horizons of the warfare extend itself, the measures to counter it and to think in terms of threats and solutions should also be expanded.

(The writer is an Assistant Professor at Central University of Punjab, Bathinda. The views expressed  are personal)