Get veto power or bid adieu to UN

Get veto power or bid adieu to UN 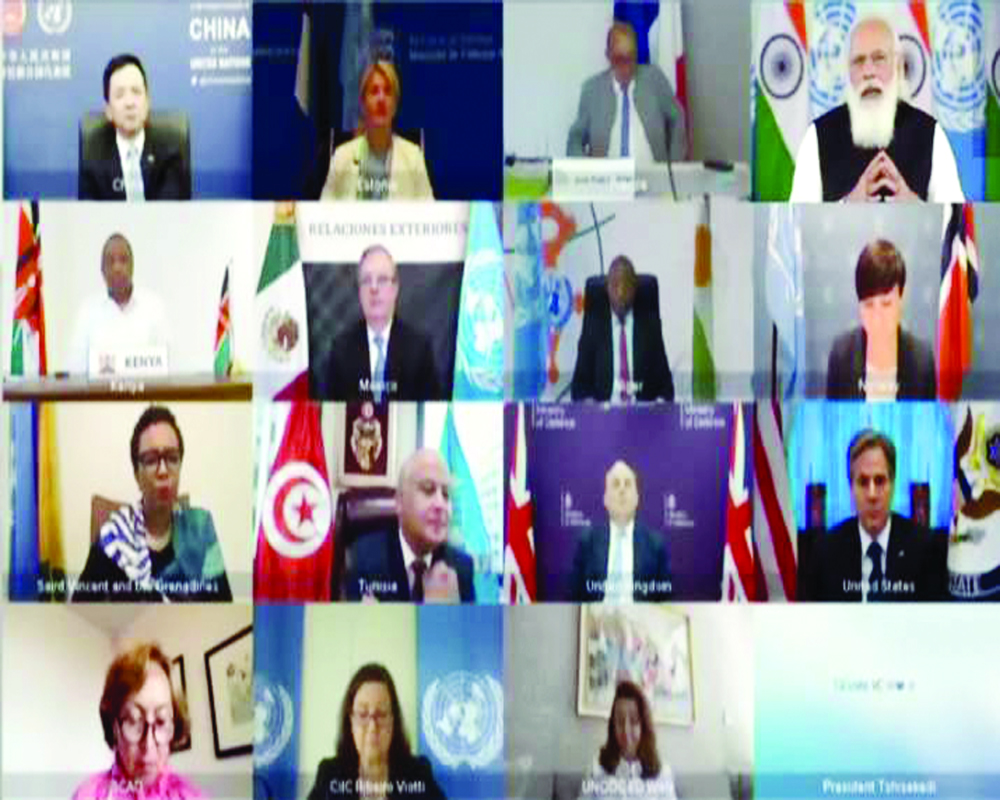 The catalogue of the acts of omission of the United Nations, as well as its predecessor the League of Nations, continues to be a legend

Prime Minister Narendra Modi recently presided over the UN Security Council meeting called by India. However, the UN has been a non-achiever. For example, in 1999, then UN Secretary General Kofi Annan suddenly flew into Delhi to “mediate” in the Kargil War, only to be politely told by the Vajpayee Government to mind his own business and be gone. It is reported that this international body employs 100,000 employees, from the senior-most to the junior-most. If the average cost of these men and women is taken to be $50,000 per head, it means an expenditure of $5,000 million annually. The organisation’s other expenses are separate.

The late American columnist Charles Krauthammer had dubbed the UN a “corrupt impostor, undeserving of any American support”. Some others have even more pejoratively called it the ‘Useless Nonexistent Organisation’. Entitled “A Table for Tyrants”, former Czech President Vaclav Havel wrote an article in The New York Times in May 2009, saying that he felt scandalised when he saw the UN Human Rights Council filled with members like Sudan, Zimbabwe, China and Saudi Arabia, which have no human rights.

Yet India continues to be an elephantine contributor to the UN peacekeeping contingents, and has sent nearly 200,000 peacekeepers to 44 missions over the years. This is more than the national armed forces of most countries. Indian forces working for the UN have suffered more casualties than any other country’s armed forces. Indian policymakers argue that this is being done not for any strategic gain but in the service of “global ideals” like strengthening the world body, and international peace and security. The UN did not even condemn a communist China’s unprovoked aggression against a democratic India in October 1962, leave alone do anything about it. The irony is that the dictatorial and communist China enjoys a permanent seat in the Security Council while India, the world’s largest democracy, does not.

The only “service” the UN arguably performed was to provide a platform for radical communist elements and a whole generation of dictators and autocrats to portray themselves as leaders and statesmen. Most notable in this regard was India’s Krishna Menon, whose vitriolic anti-Western rhetoric and fire-spitting speeches in the UN earned him the dubious sobriquet of a “spitting camel” —he was so dubbed by the Americans who hated Menon’s patronising lecturing — but also earned India a lot of Western ill will.

The UN’s failures make an unusually long catalogue, beginning with 1948. That year, the Soviet Union blockaded Berlin. The only action that prevented the city’s surrender was the American airlift of all conceivable supplies in the spirit of Ich bin ein Berliner, the famous words of President Kennedy in 1963.

In the Korean War (1950-53), the communist North had gone all out to take over the entire peninsula. Again, the UN could do nothing. It watched Vietnam being bombed more intensively than anywhere, anytime since or before WWII. The UN, however, remained silent and inactive as ever. In 1956, the Anglo-French invasion allied with Israel against Egypt over the Suez Canal issue yet again proved UN incompetence. And again the same year, when the Soviet Union invaded Hungary. In 1959, the world witnessed the abduction and rape of Tibet by China. In 1968, the international body looked askance at the Prague Spring when Soviet tanks rolled into Czechoslovakia. The catalogue of UN acts of omission continues to be legend.

As historians William H Harbaugh and Ronald E Powaski tell us, Theodore Roosevelt was the first American President to call for an international league. At the acceptance for his Nobel Prize, Roosevelt said: “It would be a masterstroke if those great powers honestly bent on peace would form a League of Peace.” Such an idea should logically have emerged from Europe, whose long history is a record of almost unending wars. At the end of the Great War, the League of Nations came up in the hope of ending the era of war, and give the West an age of peace. Yet again this idea emerged from an American president, Woodrow Wilson.

But the credibility of the League of Nations was weakened by the fact that the US never joined the League and the Soviet Union joined late and was soon expelled after invading Finland. Germany withdrew from the League, as did Japan, Italy, Spain and others. The onset of the Second World War showed that the League had failed its primary purpose, which was to prevent any future world war. The League lasted 26 years; the United Nations (UN) replaced it after the end of the Second World War and inherited several agencies and organisations spawned by the League.

True, the League of Nations did not last long. Yet, credit must go to it for having founded the International Court of Justice and the International Labour Organisation and other bodies. It is doubtful the UN would leave behind anything memorable except its performance of profligacy. It is high time India told the Security Council to give it a Permanent Seat with veto power. If the Council yields, well and good; else, New Delhi should resign from the organisation and save itself time, money and honour.

(The writer is awell-known columnist, an author and a former member of the Rajya Sabha. The views expressed are personal.)