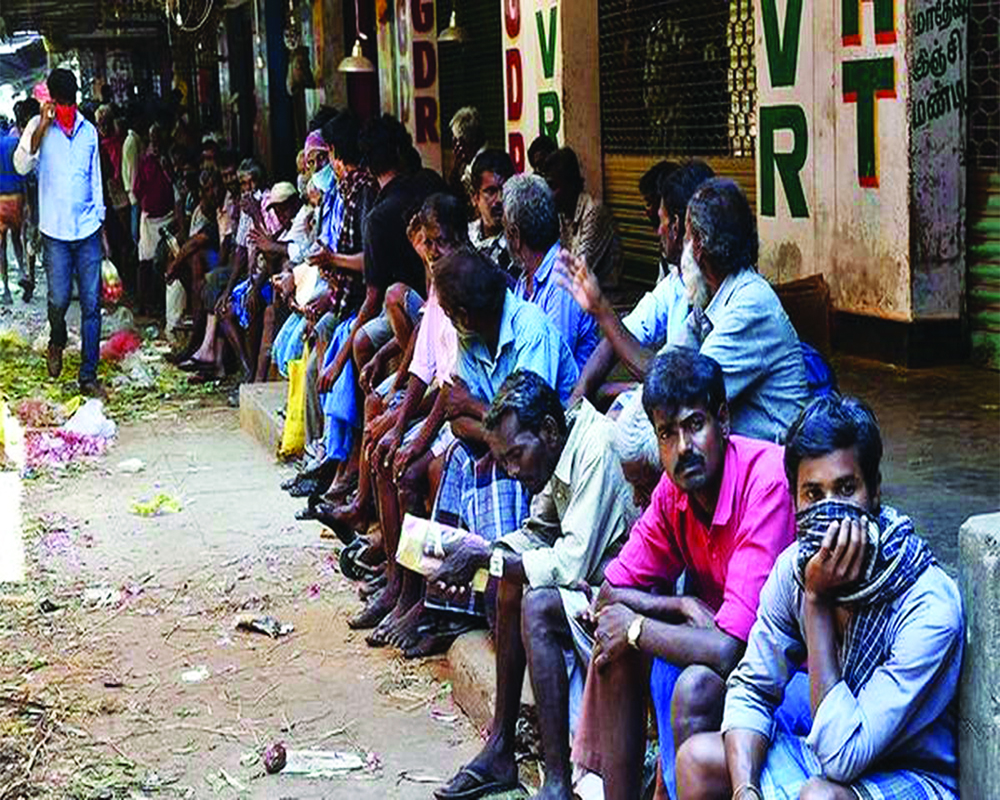 The disparity among the masses makes the downtrodden people more vulnerable

Till the untoward dissemination of Coronavirus in India, the economic prosperity and healthcare developments were often considered complementary to each other. During the COVID pandemic, empirical corroborations show the gap between the two has not narrowed down, resulting in lopsided development. Every year, the Union and State Governments while appropriating their annual finances accord utmost priority toward superficial sectors or ancilliary enterprises ie insurance sector and proffer marginal policy attention to our medical and health care sectors. It is appalling that since Independence, the percentage-based monetary allocation in healthcare development had never exceeded two per cent of the overall financial allocations. Consequently, it results in a displeasing growth of certain sectors accompanied by social disparity caused by the whopping expenses incurred by the majority of our population in meeting the basic medicinal requirements at private hospitals.  This disparity makes the downtrodden masses vulnerable in the spheres of human resource development, in seeking adequate health care benefits from the State. Ergo, the plunder bund-like insurance companies exploit them at their own whims and fancies, which in turn eclipses the economic development and ultimately takes lives of thousands of people in our country due to inadequate healthcare infrastructure.This pandemic has inadvertently helped our economy in highlighting the existing infrastructure lacunaein the medical and healthcare industry. Due to the glaring deficiency of an adequate infrastructure and sufficient human resource in the public hospitals, the most sought-after health care schemes such as Ayushman Bharat have also failed to meet the legitimate medicinal demands of the masses during the times of the pandemic. A report published in a leading daily newspaper highlights that barely 10 per cent of the Ayushman Bharat cardholders could take the benefit of this centrally sponsored scheme.

We have witnessed that ICUs, ventilators, availability of RT-PCR facilities, oxygen cylinders, cardiac monitors for operation theatres, electrocardiogram machines, adequacy of beds available, vaccines, ancillary medicines and steroids, vertical transport facilities, staff and most importantly sufficient number of doctors were also inadequate in most of the healthcare institutions. Scarcity of testing facilities and  vaccines erodes the utility of rural and government hospitals and bulldozes the poor patients to hasten to distant places for availing urgent treatment.  It can be said that the genesis of this problem accentuated in the year 1991 when our country adopted the LPG (Liberalisation, Privatisation, Globalisation) policy. Since then the government allowed the private sector to take a lead in the health care industry and thereby the state in a gradual manner withdrew from its responsibilities for providing adequate health care means to the masses. This stunted public sector spending on medical services, resulting in excessive reliance upon the private sector in seeking health care benefits. The government needs to realize the fact that the private sector operates in a profit-centric manner and they will not take necessary initiatives to reach the masses at the grass root level. Presently in the rural areas, there are only 0.6 doctors per 1,000 population. A pure mercenary approach in the medicinal industry and inception of users’ charges in healthcare sectors have placed the people at a disadvantage. Equilibrium in appropriating budgetary allocation between other sectors of our economy and the healthcare sector is a very crucial policy decision, which our country urgently needs to address for saving the lives of thousands of people who are dying due to the pandemic. Earmarking adequate precedence to the health care sector has also become non-negotiable in the present scenario.

(The writer is the Managing Partner, Ishanee Sharma Law Offices, and works towards achieving gender justice and freedom of speech. The views expressed are personal.)