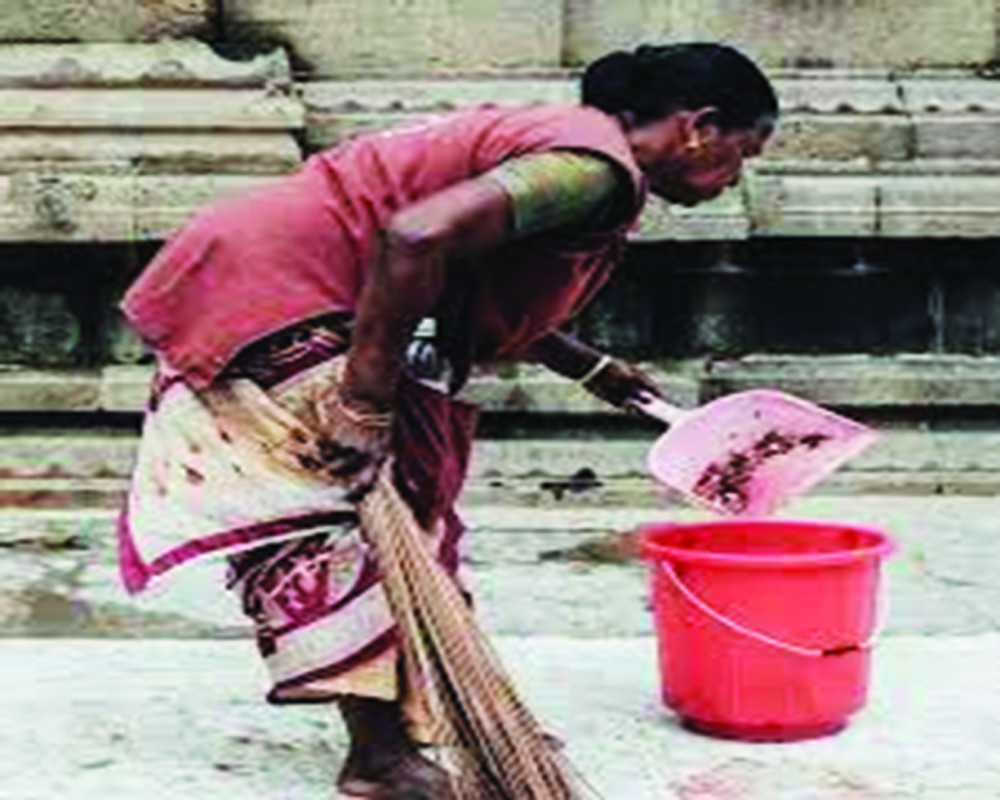 Domestic helps earn little and have no social protection, but the real problem is behavioural

Do we know how many domestic helps are there in India? Do laws protect them? Do they get decent salaries, off days, sick leave? The answer is no. They are at the bottom of the unskilled, unorganised, informal workforce pyramid. They are critical to keeping millions of homes clean and dry but they have no social right to sit at the same table as their employers. They are at the mercy of employers who taunt them, abuse them, beat them, make them go hungry or cut their pay for the smallest mistake, or sometimes maim, rape or kill them. The Union Government has finally decided on a survey of domestic helps to shape an employment policy. On Monday, it launched the All-India Survey of Domestic Workers to do a headcount of domestic helps, note their living conditions and employment relationships and socio-demographic characteristics. While this is the first official, national exercise being undertaken, some NGOs have been trying to better the conditions of these helps for years. To date, all programmes and schemes are based on data collected by them. There is a vague estimate that the number of domestic helps is under five million, over three million of them women. They lead obscure lives in the private homes of their employers. They are not recognised as workers. Their wages are around a third of those in other sectors. They hardly have any social protections or decent working conditions. Nearly half of them are migrants from poor States and constitute the most socially discriminated population in the country. They hail from disadvantaged castes and tribal minorities, usually landless and illiterate. With no State protection, the helps look to NGOs to come to their aid. Many in the cities have organised themselves into informal groups and affiliated themselves with trade unions. This helps them get access to decent salaries, welfare entitlements, and educational support for children.

As of date, only two laws, the Unorganised Labour Social Security Act, 2008 and Sexual Harassment of Women at Workplace (Prevention, Prohibition and Redressal) Act, 2013, give ‘labour’ status to domestic helps. However, the helps do not come under any legal framework. They do not even come under the recently passed Code of Social Security, 2020. An attempt was once made to introduce in Parliament the Domestic Workers’ Welfare and Social Security Bill. Some States have taken steps to fix minimum wages, fixed working hours, leaves, social security and maternity leave but there is no law protecting these rights. The national survey should immediately lead to such a law. More important is a mechanism to monitor the implementation of the law. However, the people, more than the State, have a bigger duty to stop the social exploitation of domestic helps and help them lead lives of dignity. They need to be part of the organised workforce no doubt, but the real problem they face is behavioural. Will the employer class change its attitude towards them?