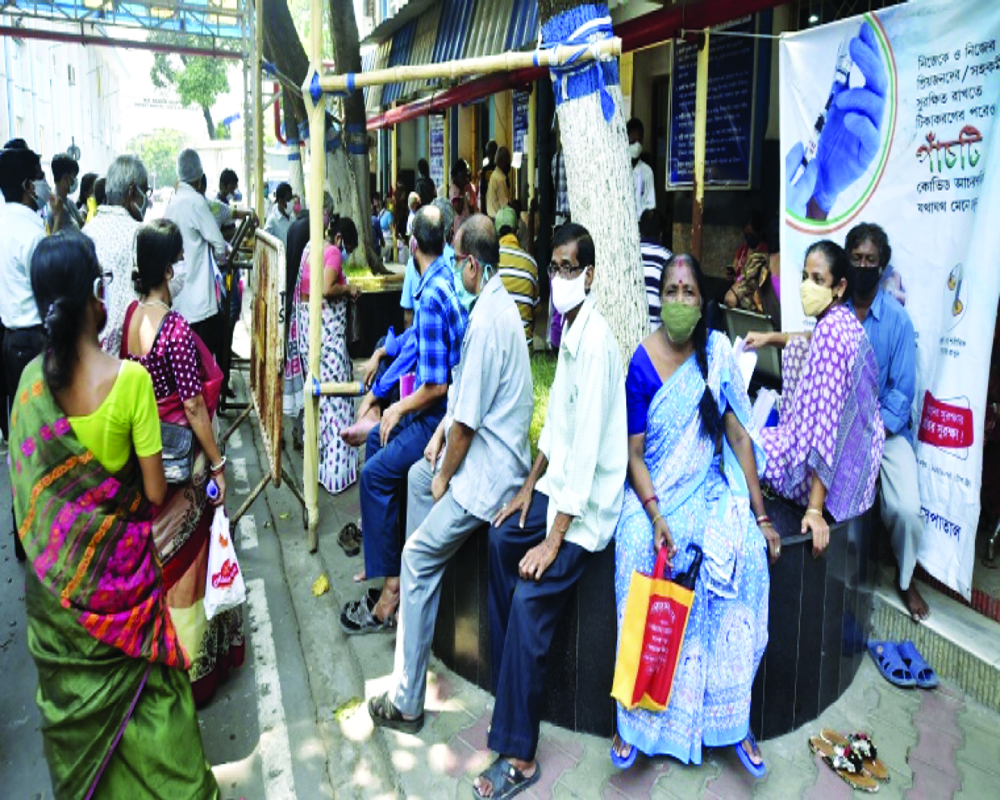 The world media has been quick to judge India, a fascinating country in all ways, as it currently reels under the pandemic

India is in the middle of the pandemic second wave’s battering, as never seen before. As it battles the alarming spread of the virus, the world media has spared no time in lambasting a country of a whopping 1.4 billion where the sheer numbers make the implementation and success of any public scheme a challenge.

I have been visiting India for over a decade now and have travelled all over the country, especially Tamil Nadu which I consider my “spiritual home”. I have always had the highest respect for the leaders and public officials who are entrusted with the task of running such a diverse and vast country.

Wherever I went, the people greeted me with love and affection, for which I remain in their debt. I can proudly claim that I have seen India up close over the years and that is why my heart bleeds to see it not only in agony at the moment, but also for the bad press that has been hurled at it by those who I am not sure spend any time here to understand India, its people and their myriad challenges.

As a cricketer and lover of the game, I have maintained my association with the sport which has allowed me to come to India to cover the Indian Premier League (IPL). Many of my fellow countrymen have also been playing in the IPL for years. In this context, at a time when the world has been shutting doors on India and lambasting the Government, I thought of sharing my thoughts while in India, to give a perspective not available to those sitting thousands of miles away.

I am not a data person, but some of the figures I gathered from some of the media reports are astonishing. India has already vaccinated over 160 million people (five times the population of Australia) and has been conducting 1.3 million tests a day. The point I am making is not to overlook the sheer vast numbers and the challenges associated with it.

When one conjures up thoughts of India, a singular word comes to mind. Incredible; a word popularised by the Indian Tourism slogan, “Incredible India”. Even now, being caught in the political crossfire of the Scott Morrison Government’s decision to temporarily ban the travel to Australia, nothing has changed my mind about this ancient civilisation.

As of now, this heaving mass of humanity reels in the wake of the pandemic; the new normal replacing various religious festivals, exotic wedding celebrations, bustling streets jampacked with street vendors and livestock, all sadly — like the Morrison Government’s travel policy —  temporarily put on hold.

Looking out the window of my room overlooking Bengaluru, a truss has been established; as if a siesta has been called in respect to health authorities’ call to action for our new global anthem: “Isolate, stay home, sanitise your hands, wear your mask, social distance.” A race busily running in the background, in many cases for life itself, as national resources like oxygen and critical medical supplies are being re-routed from manufacturing plants to hospitals and care facilities. The simple truth: The demand for basic medical facilities is making the supply look more like one of Usain Bolt’s competitors.

In short, hectic has been replaced with nervous. One can truly sense the fear and anxiety as India faces off against the challenges of this horrific pandemic. Begging the question, why is an Aussie ex-cricketer away from his beloved country and family at such a critical, even dangerous, time? On the surface is the commercial value for my family, having played and worked on every IPL since its conception in 2008.

It’s true, my remuneration is significant and, yes, it pays my family’s bills. More broadly, however, I have a deep connection to Mother India which docks into my life’s mission: To connect people and organisations on purpose and strategy. My purpose in supporting the IPL this season was to provide a welcome relief to the monotony of extended periods of partial or hard lockdown. Every evening from 6.30 pm, cricket lovers, and let me tell you there are a few, went online or turned on the television to watch their favourite franchise battle.

As a genuine lover of the game since I was four years old, my voice, full of excitement, helps narrate our great game by bringing an authentic positive view to the cricket community. Cricket, as so often throughout history, has been and is the silver lining to our COVID cloud. The cricketers, especially in the IPL, have understandably been soft targets of the media and, because of their contractual obligations, cannot defend themselves.

It makes all the more important for people such as me, who have once been in a similar situation but can now from the outside not only share a “player’s perspective” but also speak up for them. India is a rich civilisation which has very few parallels in the world and, in its hour of need, the least we can do is to appreciate its cultural, regional, linguistic, human development and other complexities before passing any judgement on it.

(The writer is a former Australian cricketer; Board Member, Australia India Council (DFAT) and the Goodwill Ambassador for India, Institute for Australia India Engagement. The views expressed are personal.)