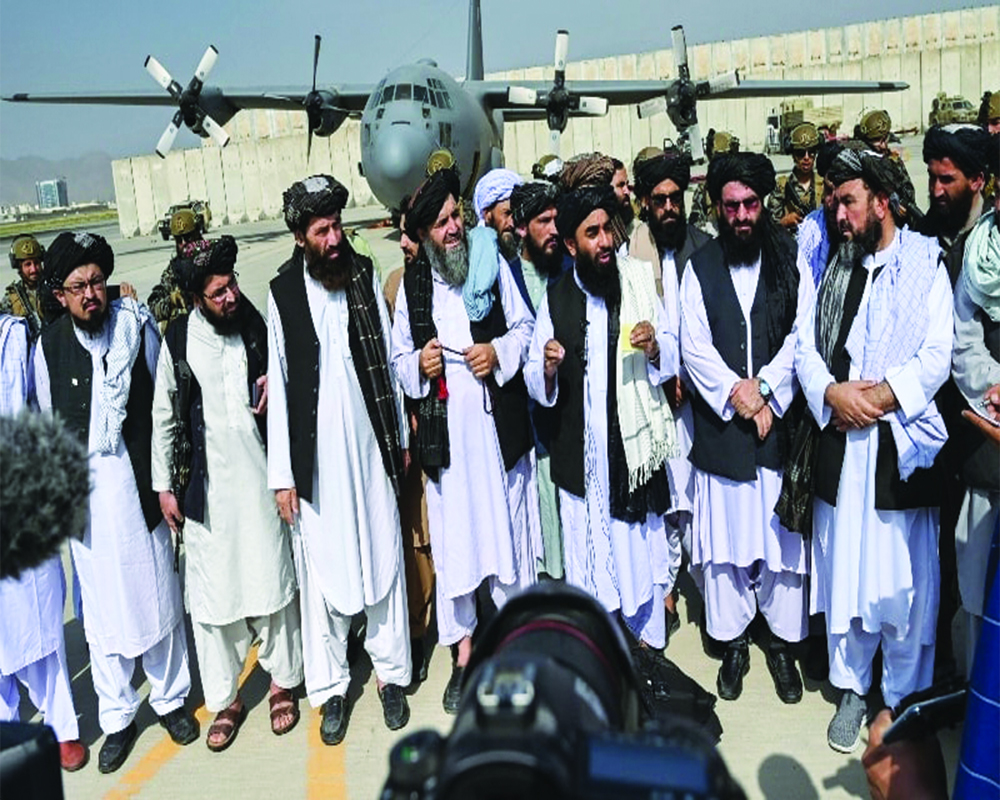 India recently hosted a “satisfactory” regional security dialogue of national security advisors from Iran, Russia and some central Asian states on the evolving Afghanistan issue. The meeting concluded with a joint declaration by the eight participating countries to tackle "terrorism" in all its forms including terror financing, preventing Afghanistan from being used as a terror training and breeding hub, collective action against "radicalisation, extremism and most importantly forming an "inclusive government in Afghanistan while being able to directly provide humanitarian aid to millions of Afghanis facing a tough winter. One has to view Afghanistan via a gyroscope of the evolving global view. While the US and EU have chosen to exit the stage, they continue to remain key strategic partners for many affected countries in the region. They have decided to take a multilateral approach by engaging bilaterally with key partners on Afghanistan as well as finding complementary regional alliances. Russia wants to have a dominant role in the region given the security/military alliances it has with a host of Afghanistan neighbors, also its historical role with the current Taliban establishment. Russia or Soviet Union has had diplomatic relations with Afghanistan since the beginning of 20th century and till date it can be said that the Russian database (military) of Afghani topography, trade routes, maps etc. could be better than what the Taliban has or will have. Russia also has shared interests of preserving peace within boundaries of several central Asian countries with whom Afghanistan has common borders and, in turn Russia has visa free travel. Russia in the new world order (after US withdrawal) knows it has to work through "acceptable" regional alliances which will provide it with the sanctity to be a key peacemaker. Russia's influence in the region including Afghanistan has been challenged in the past two decades with the rise of militaristic China, which chooses to work with Pakistan to advance its economic and security imperatives in Afghanistan. It would be worthwhile to remember that China and Pakistan had both been invited by India for the regional security dialogue, but they declined. Iran, another key member of the declaration, is worried about the spill over of the radical elements from the current Taliban dispensation within its boundaries. This spillover of terrorists and radical elements and now refugees of humanitarian crisis (famine, flood etc.) from Afghanistan is more worrying for the central Asian countries, which share borders with Afghanistan. This puts India in a unique position where it had, in the past, suddenly found itself out of the key regional influencing axis on Afghanistan. The regional dialogue ensured India getting back to multilateral forums and placing itself in the progressive diplomatic axis on Kabul, versus a limiting approach from Pakistan and China. The joint declaration with Russia, Iran and Central Asia should serve as an orientation map to Islamabad on the thinking within regional players. It clearly brings India's stated position on Afghanistan of forming a government which represents all sections of the society while protecting interests of the minorities and preventing any terror spillover. This also sends a long-awaited alert to China about its claim for unquestioned dominance in the region. The coming together of eight countries on Afghanistan should ring some alarm bells. Many of the central Asian countries have a disproportionate trade relation with China, where the latter pushes many of its covert military economic agenda under garb of aid with these nations. The dialogue should be treated as a stepping stone for India to emerge as a strong regional stabiliser.