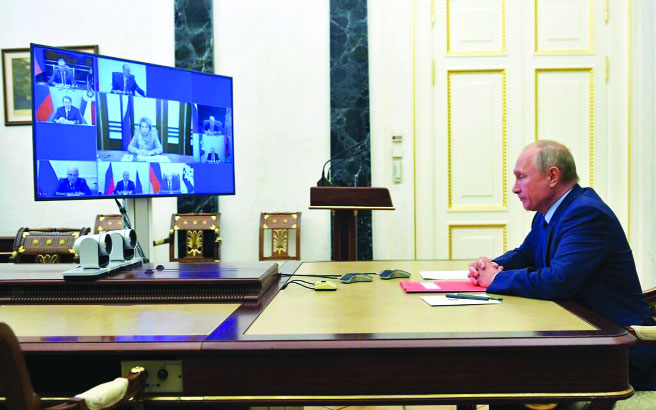 A show case event marked India’s foreign policy space this week. It was the visit of Russian president Vladimir Putin along with his defence and foreign affairs minister to hold the 21st India Russia summit. The summit could not be held in 2020 due to pandemic restrictions but was revived this year as India and Russia celebrate "5 decades of 1971 treaty of peace". This treaty initiated a multi front strategic partnership course between India and Russia and also marked a shift in India’s position vis-a-vis the cold war and led to many regional relationship-rejigs. Russia’s friendship is a key pivot for India in the evolving geopolitical situation. Russia shares a robust trade relationship with China, although many would argue that it is heavily skewed in China’s favor.China in turn is almost a ‘provider’ government for Pakistan, and India and China haven't had a civil relationship for some years now, escalated by border conflicts in Ladakh. The US, another of India’s strategic allies with a huge focus on the Indo Pacific region (due to increased China aggression), pulled out of Afghanistan this year, adding to the volatile geopolitics emerging in the region. The joint statement from the India-Russia summit highlighted their concurrence on the situation in Afghanistan. India has been dialing up on the Russian connect since the beginning of 2021 to mitigate the risks emerging out of Afghanistan. India’s special ‘privileged status’ with Russia needs to be exploited to the hilt  to reduce the accelerated progress of China in Afghanistan. China has an aggressive colonization approach towards smaller or fragile countries in the central Asian region and views India as its challenger to regional dominance. India shares borders with Pakistan and China both of whom work as a team to keep India engaged in conflicts along its borders. To add to it is the presence of highly trained and armed Taliban fighters who can be used by any of the parties for spreading terrorism in India.

It is on Afghanistan that Russia and India may need to focus more. The summit statement talked of the roadmap for bilateral consultation and cooperation on Afghanistan and one has to  wait for further outcomes. It may be recalled that a regional security dialogue on Afghanistan among the NSAs of key countries in the region was hosted by New Delhi a month back, but China and Pakistan had not participated. The push should be to bring other invested countries in the region such as Iran to share a common platform with India and Russia on Afghanistan. Russia has huge treasure troves of information about Afghanistan including insights into its tough and rugged topography and maps. This institutional knowledge from a power like Russia has to be appropriately channeled by strategic allies such as India to arrest the march of China in the region. Another key aspect of Indo-Russian partnership is economics which despite the defence deals and cooperation in energy sector has remained lukewarm on trade in goods and services front. The 21st summit in Delhi targeted $30 bn trade and $50 bn in investment in the next four years. It leaves a lot of room for growth. India and Russia have so far limited their economic ties to public sector companies except in the case of Rosneft that bought Essar oil in 2017. The private sector companies from both countries need to take this relationship to the next level.