India: The country of all seasons

India: The country of all seasons 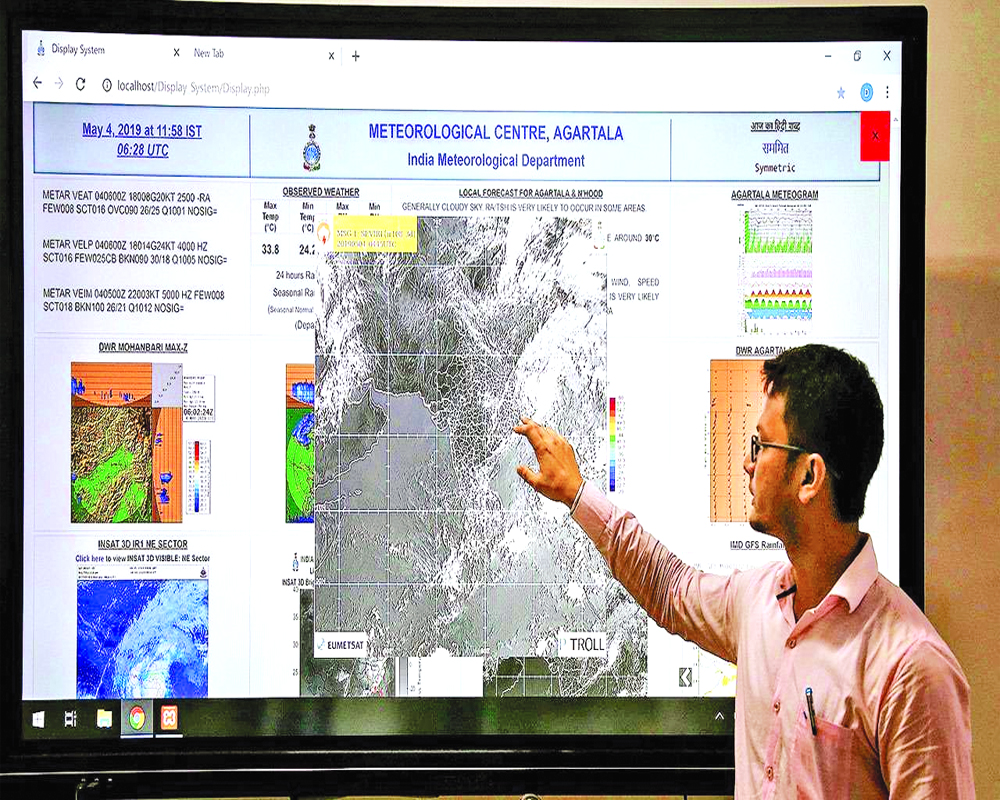 Predicting the timing and adequacy of monsoonal rain poses a challenge. The British had realised that the subcontinent must be seen as a living whole

Better late than never; the monsoon has finally arrived over Delhi-NCT. Monsoonal precipitation is the most important feature of Indian climate. One can hardly overestimate the importance of rainfall in a country where half the population is still employed in the agricultural sector. The Indian Meteorological Department (IMD) officially divides the year into (a) Winter Season (January-February), (b) Pre-Monsoon (March-May), (c) Monsoon Season (June-September), and (d) Post-Monsoon Season (October-December), underscoring the significance of monsoon.

The motto of the IMD, Adityaat jayate vrishti (Sun causes the rains), acknowledges the tropical basis of the weather cycle. Whereas the tropical calendar — like Gregorian — dissects the year into four seasons; viz. spring, summer, autumn and winter, India actually has more number of seasons. Whether it is the Rig Veda Samhita, Charak Samhita or Ritu Samhara of Kalidasa, there are six seasons: spring (vasanta), summer (grishma), rainy (varsha), autumn (sharad), fall (hemanta) and winter (shishir).

Weather science was not unknown to Indians. However, as Varahamihira’s Brihat Samhita shows, whatever little was known on the subject, was indiscriminately mixed with astrology, proverbs and omens. The modern science of meteorology is thoroughly dependent on well-calibrated instruments. The British were the first to set up meteorological observatories in India. They introduced instruments like a whole range of barometers and thermometers, rain gauge, wind gauge, anemometer, electroscope, electrometer, ozonometer, cloud reflector, sunshine recorder and pluviometer in the 19th century. The Colaba Observatory, established in 1823, made valuable contributions to meteorology from 1842 onwards under George Buist, Arthur Orlebar, Charles Montriou, Fergusson, William Moreland and Charles Chambers.

The Raja of Travancore was the first Indian ruler to fund an observatory in Thiruvananthapuram. A branch of that observatory was started at Agastya Mula (a 6,2000-ft-high peak) to make hourly observations on atmospheric pressure, temperature, humidity and evaporation. Meteorological observatories were set up across India. However, in 1863, Thomas Glaisher prepared a report that advocated a general system of meteorological observations on a uniform plan. The devastating cyclone of Calcutta in 1864, which laid waste of its inland port and anchored ships, followed by the Bengal famine of 1866, underscored the necessity for such a plan as an integral part of governing India.

Between 1865 and 1874, five provincial meteorological systems were established, covering one-third of India’s territory. These parochial systems, which worked without any cohesion, failed to reveal a true picture of India’s climate pattern. Thus, in 1875, the IMD was founded to devise an integrated approach. HF Blanford (1934-1893), the weather reporter to the Bengal Government, headed the nascent IMD. Blanford was originally a professor of natural sciences at the Presidency College, Calcutta. He played a seminal role in developing a systematic and uniform system of meteorological observations throughout India.

In 1878, a tentative forecast of the character of the monsoon season was desired by the Government. So the IMD introduced a system of daily telegrams of weather from all parts of India and Burma, and publication of a daily weather report from the whole of India for the Government. Blanford emphasised on the improvement of the daily weather report by increasing the number of stations from which daily telegrams were received; increasing the number of observatories; collection of information of weather from the logs of ships entering into ports of Calcutta and Bombay; and improvement of solar observations to obtain accurate measures of the sun’s heating power at the earth’s surface and its periodic variations.

By 1878, there were 103 observatories at work across India, and the number rose to 128 by 1885. Additionally, there were 22 observatories in Bengal, established for collecting the telegraphic weather reports from the provinces. The Climatological Atlas of India (1906), published by the IMD, informs that a system of telegraphic reports and storm warnings for the larger ports on the west coast of India was established in 1880. The destructive floods in the lower valley of Narmada and Tapti rivers in July 1884, of which there was no warning, compelled the IMD to develop a flood forecast system. In 1885, the first forecast of south-west monsoon rains was made in the series of annual monsoon forecast.

Since monsoon (from Arabic mawsim or season) denotes a sea-to-land wind circulation — or onshore flow — one cannot have the complete picture about this seasonal reversal of wind without considering the seas. In 1888, the British Government in India sanctioned compilation of the daily weather report and chart of the India monsoon area based mostly on marine meteorological data. A formal sanction was given for information obtained from the logs of vessels and meteorological observatories established in Persia and Arabia. These reports were of great interest, and were published continuously until 1899.

Simultaneously, the growth in information about Indian geography due to works of the Survey of India contributed to understanding the true path of the monsoon. Weather reports and charts have played an important role in India’s policymaking since the late 19th century.