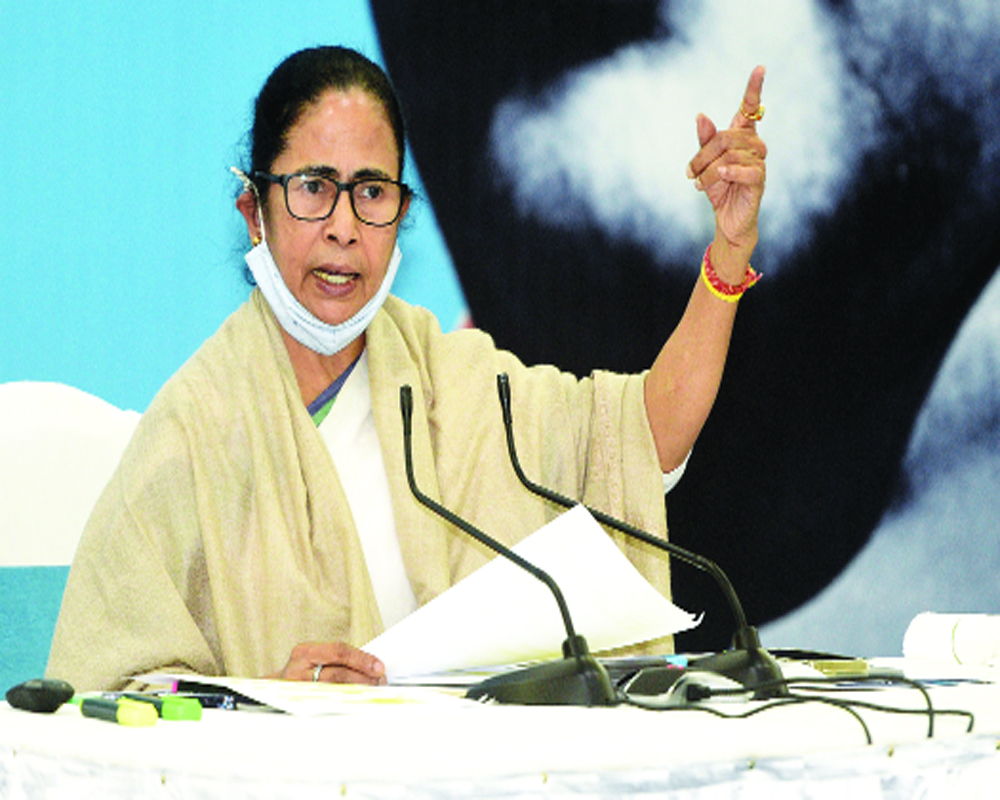 West Bengal’s firebrand Chief Minister Mamata Banerjee is in Delhi on a mission. She is trying to cobble together the Opposition to take on the BJP, projecting herself as the Opposition leader. She not only met the Prime Minister but also Sonia Gandhi, Rahul and Arvind Kejriwal. The message is clear; the ‘khela’ is now going national. She has given the clarion call to defeat the Modi-led BJP in 2024. Her timing seems impeccable. Modi is still the darling of the masses but things are not as smooth as they were in his first term. The COVID-19 mismanagement has tarnished his image; the economic hardships have eroded his popularity. Rising fuel prices, unemployment and inflation are hurting the common man and making him jittery. These are the issues that can be taken up by the Opposition, Mamata Banerjee has hinted in Delhi. However, it would take much more than that to dislodge the BJP. Opposition unity is very fragile. It wilts easily. The most successful Opposition unity was seen during the Emergency which dislodged Indira Gandhi but, that too, couldn’t last a full term. The inflated egos and ideological differences have often engulfed the Opposition unity.

The biggest challenge would be to agree on a common minimum programme. An electoral strategy would need seat adjustments. The roles various parties would play during and after the elections would also need to be chalked out. The BJP rode to power in 2019 on Modi’s charisma and a fragmented Opposition. Many parties like the BSP now face an existential crisis and it is “do or die” for them. In fact, the Modi Government itself is pushing these parties to forge an alliance. The Government is not very accommodative of the Opposition-ruled States. It makes no bones about destabilising them. The Shiv Sena and the NCP are desperate to defeat the BJP as they feel it could wipe them off. The Congress has to understand that it needs other Opposition parties to take on the BJP, else it would soon be out of the game. Mamata has to safeguard her own turf. She knows even the elected Governments are not impermeable to the BJP. She has taken the initiative. It would now depend upon other Opposition leaders to respond. Indeed it is a long way to go before any semblance of Opposition unity can be achieved.