Meeting the challenges of urban water supply in India

Meeting the challenges of urban water supply in India 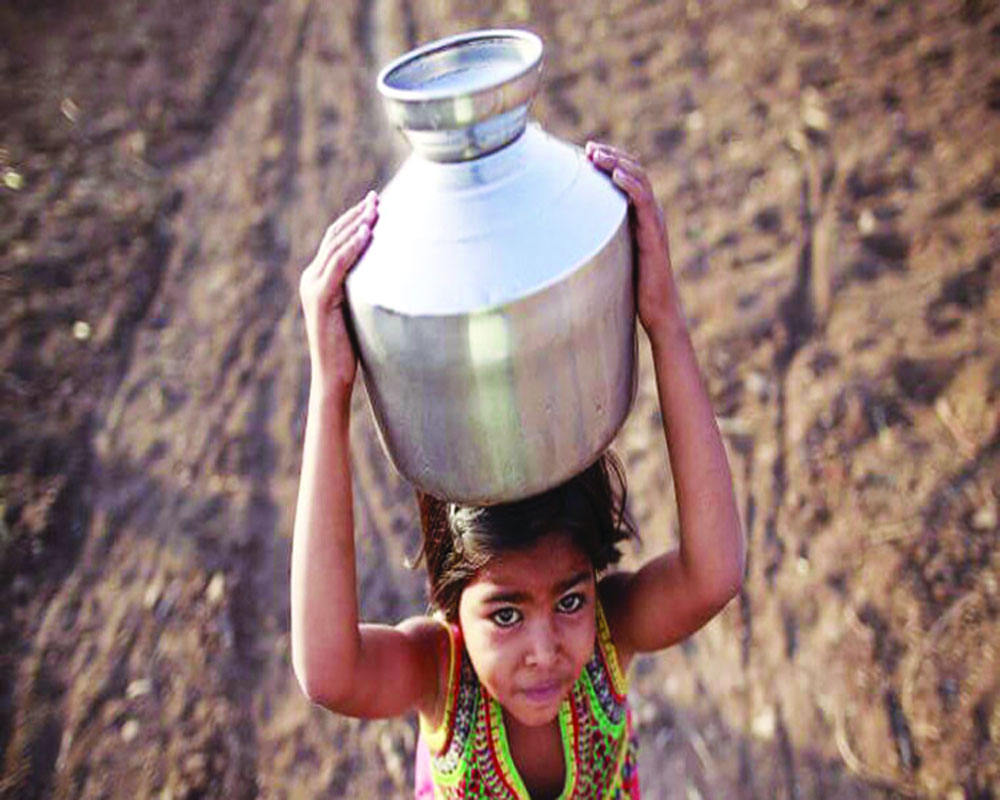 Early forecasts suggest that 2021 might be one of the hottest years ever recorded. If the mercury touches record highs while we are still recovering from a pandemic, can India ensure water supply to its vast urban population? Where do we stand in terms of water security for our economic hubs? In the Union Budget 2021,  Finance Minister Nirmala Sitharaman signalled that water security is one of the priorities of the Government and announced an outlay of Rs 2.87 lakh crore for the national Jal Jeevan Mission (Urban) JJM(U). The Mission, which has set a target of supplying piped drinking water connections to 2.68 crore urban households by 2026, gets Rs 60,000 crore this financial year.

Further, the increasing frequency of non-linear tail-end risks such as extreme climate events — cyclones, floods, and droughts — and climate change-induced disruption in the pattern of rainfall, exacerbates water stress. Delhi recently faced water shortages after the Chamoli flash floods increased turbidity in water fetched from the Upper Ganga canal. In recent years, Chennai has been the biggest victim of urban drought but the ground and surface water availability in cities like Delhi, Bengaluru and Ahmedabad are also precarious. Meanwhile, a recent study by the Council on Energy, Environment and Water (CEEW) found a shift in the pattern of extreme climate events in over 40 per cent of Indian districts. Flood-prone areas are now becoming drought-prone and vice-versa, increasing water stress.

For the long-term success of JJM (U), the implementation strategy should be built on four pillars — identifying vulnerabilities, data-driven circular water management, utilities’ financial sustainability, and reallocation. First, JJM (U) should focus on districts having a high proportion of vulnerable populations. While the National Sample Survey Office’s (NSSO) study of urban slums is already available, more data could be crowdsourced through mapathons and inter-Ministerial coordination to identify vulnerabilities. India’s drought-affected district hotspots — Rajkot, Anantapur, Aurangabad, Barmer, Bijapur, Churu, Jaisalmer, and Jodhpur — should be prioritised in the first phase of implementation.

Second, we must readily adopt a data-driven circular water management approach for managing urban water resources. It starts with a shift from the “use and throw — linear” to a “‘use, treat, and reuse — circular” approach that requires multi-stakeholder engagement. This can be facilitated through transparency in data sharing. Recently, the Ministry of Housing and Urban Affairs launched a pilot water survey under the JJM (U) in 10 cities. Data collected through such surveys should be made available on a digital dashboard. The dashboard should also integrate data on city-level water balances, water demand, near-real-time water availability and quality, wastewater generation and treatment, the potential for water reuse and rainwater harvesting, and the status of urban water bodies to facilitate smooth multi-stakeholder interaction. The data-driven approach also has the potential to minimise wastage by optimising supply. It’s high time that we start conducting periodic water-use surveys both online and offline.

Third, if JJM (U) is to succeed, we must have a dialogue with citizens on the need for water pricing. Water utilities are often underfunded and their operation and maintenance suffer. While vulnerable populations can be covered through subsidies, ensuring utilities’ financial sustainability, requires a viable revenue model. To enhance revenue collection, options such as prepaid meters, increased pay points and digital payment channels, which offer discounts and cashback for timely payments should be considered.

Finally, we need to ensure water use efficiency across all sectors and reallocate water among sectors without compromising productivity. By 2050, the JJM (U) supply would have to be pushed up to at least 54 billion cubic meters (BCM) compared to 17 BCM municipal water supply in 2010.

How can we source the additional supply? According to a study, about 20 to 47 per cent of irrigation water could be saved in 2030 to 2050, without compromising yield, if low-to-high water-saving irrigation methods are adopted. For instance, 1 BCM of water saved from agriculture could provide domestic water supply to 4.2 million urban households for a year. To facilitate water reallocations, we need to devise State-specific water reallocation strategies based on existing institutions, an enabling environment and participatory stakeholder engagement.

Equitable and reliable access to safe drinking water is not only a basic right but is also essential to maintain a healthy and productive workforce in urban India. It’s safe to say that the Union Budget’s ambition of laying the foundation of India’s next phase of growth would have fallen short without investing in water security for urban areas.

Singh is a Research Analyst and Jacob is a Communications Associate at CEEW. The views expressed are personal.