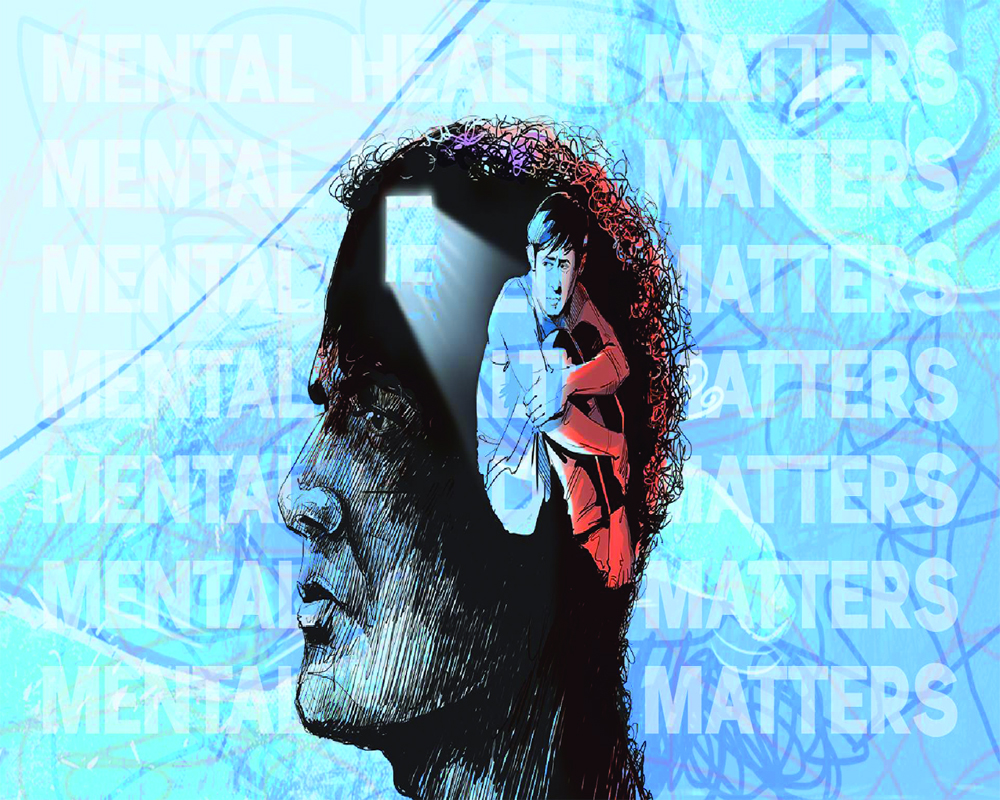 Before the pandemic, the WHO had predicted that by 2020, around 20 per cent of India's population would suffer from mental illnesses. Now, this number is expected to go up

Experts believe that there will be a surge in cases of mental illness in the aftermath of the COVID-19 pandemic due to the lasting mental and emotional impact of physical distancing, quarantine and socio-economic factors. According to the World Health Organisation (WHO), every 40 seconds a person dies by suicide. A paper by the Indian Council of Medical Research showed that in 2017, a whopping 197 million Indians were suffering from mental disorders, of whom 46 million had depressive disorders and 45 million had anxiety disorders. The spread of the Coronavirus only aggravated the situation. So deep is the fear of the virus that people with no history of mental illness have developed serious psychological problems for the first time, including borderline personality disorder, psychosis, mood disorder, depression and psychotic episodes, as a result of the social distancing and quarantining that is required. Anxiety, irritability, anger, insomnia, stress and emotional exhaustion stand out as being very common during the pandemic as evidenced by the increased number of suicides across the world. India is no exception to this crisis.

The prolonged and unprecedented countrywide lockdowns, restricted movement and limited availability of public services led to increased loneliness, stress and anxiety, stranding many people in rental apartments or boarding houses away from home. According to a survey conducted by the Indian Psychiatric Society, within a week of the lockdown, the number of reported cases of mental illness in India rose by 20 per cent. A report by the WHO reveals that 7.5 per cent of the Indian population suffers from some form of mental disorder and it accounted for nearly 15 per cent of the global mental, neurological and substance abuse disorder burden. Before the pandemic, the WHO had predicted that by 2020, around 20 per cent of India's population would suffer from mental illnesses. Now, with the country in the grip of the contagion, this number is expected to go up. India's National Institute of Mental Health and Neuro-Sciences (NIMHANS) reveals that nearly 150 million Indians need active intervention, whereas fewer than 30 million get it.

Different people were affected differently by the pandemic. Many were stuck at home with disoriented families or abusive relationships. This can be juxtaposed with several others who were able to reconnect with their families and loved ones better during the lockdown, yet the consequences of the pandemic like loss of jobs, fear of death and so on, led to anxiety. According to the Centre for Monitoring Indian Economy, there has been a sharp rise in unemployment to 27.11 per cent with daily wage workers (urban poor and migrant labourers) being the worst hit. According to a survey conducted by Impact and Policy Research Institute (IMPRI), 56 per cent of the urban poor were found to be anxious about their financial future. This was not only limited to individuals, even families committed suicide due to financial stress. Frontline healthcare workers experienced stress and burnout due to the shortage of supplies and rapidly increasing cases. Delayed payments and reduced incomes are adding to the stress. With schools closed for nearly ten months the lives of millions of students in India are in a limbo, leading to lack of personal space and separation from their friends. Even though the senior children have been able to go back to school, the younger students are still stuck at home. The digital divide also led to feelings of deprivation, resulting in increased incidents of suicides among students. People with disabilities and senior citizens too are feeling vulnerable to the virus and fear gaps in healthcare, isolation and dependency on their loved ones. Hence, India’s mental health burden is set to increase.

Sadly, mental health treatment is expensive due to a huge gap in demand and supply of qualified professionals for those seeking help. Even health insurance does not adequately cover mental illness treatment despite the existence of the Mental Healthcare Act, 2017, where offering insurance for mental health ailments has been made mandatory by law. Outpatient treatment, therapies and counselling cost thousands, which effectively excludes the middle and lower income groups. Moreover, there exists inadequate knowledge or awareness about the subject, which makes the situation dire. Plus, India has the added challenge of stigma attached to mental health that can be classified into two: Public stigma and self-stigma.

Public stigma involves the prejudices and beliefs endorsed by the common man. This, in general influences personal feelings. Public stigma such as fear, exclusion and authoritarianism lead to the exclusion of mentally ill people from mainstream society. Research has shown that people are less likely to pity persons with mental illness, instead reacting to psychiatric disability with anger and believing that help is not deserved. Sadly, public stigma translates into self-stigma where an individual's self-confidence is eroded due to constant exclusion and fear and they start harming themselves. This results in suicides and sometimes murders of others in extreme cases. Stigma results in reluctance to seek help or treatment, lack of understanding by the family, friends, co-workers or others, fewer opportunities for work, school, social activities, trouble finding housing, bullying, physical violence or harassment. The stereotype attached with the treatment of mental illness — where it is believed that everyone with a mental disorder has to be admitted to a mental asylum — is stopping people from seeking proper treatment. The most worrying factor is that people in India are dealing with two pandemics. One is the virus, the other is the “infodemic” that has dominated all social media platforms and has resulted in increased time spent online. Increasingly new crimes, trends and terms are being identified due to the extreme use of social media. The lives of people are being run by social media which encourages jealousy, hatred and is breeding a judgmental group of people. According to a study conducted by the Population Foundation of India, among the youth of three States during the lockdown and subsequent reopening of the economy, 68 per cent respondents in Uttar Pradesh reported an increase in social media use. Of those respondents who reported feeling depressed, social media use was higher at 92 per cent. These figures show that people in India are dealing with dual pandemics.

The significance of ensuring dissemination of correct information and dispelling myths and pseudo-scientific practices cannot be emphasised enough. At the same time, global grassroots policy experiences suggest that in a country like India, health-related information alone helps little. It is imperative to bring behavioural changes to reap maximum benefits from public health interventions. To what extent such changes can be brought about in a short period is debatable, yet remains critical as the outbreak is expected to linger till the end of this year.

Social and behavioural change communication (SBCC) may be employed as a potential strategy to increase awareness of the effectiveness and the necessity of preventive measures. SBCC employs mass media, community-level activities, interpersonal communication, information and communications technology and new media to carry out its objectives. Such evidence-based communication programmes can help enhance knowledge, shift attitudes and change public behaviour. Fighting the COVID-19 crisis and the mental health woes that it has brought with it essentially requires a holistic approach that sufficiently integrates infrastructural, social, behavioural and psychological aspects to prepare for any emergency response.

Mishra is Administrative Advisor and Gupta is Assistant Director, Impact and Policy Research Institute. The views expressed are personal.